Whose turn is it anyway?

‘Whose turn is it anyway?’ is a question that floats across many gaming tables after particularly tricky, lengthy, or complex turn is completed. So what about if we did away with taking turns, and instead did everything at the same time? While not every game here is totally turnless, they’ve all got a bit of synchronised action (or simultaneous action selection) in them and each tries to remove the dreaded ‘downtime’ as much as possible. So then, here’s a few of our favourites that add a certain concurrent competition to any gaming evening.

1. Kung Fu Panda: The Board Game 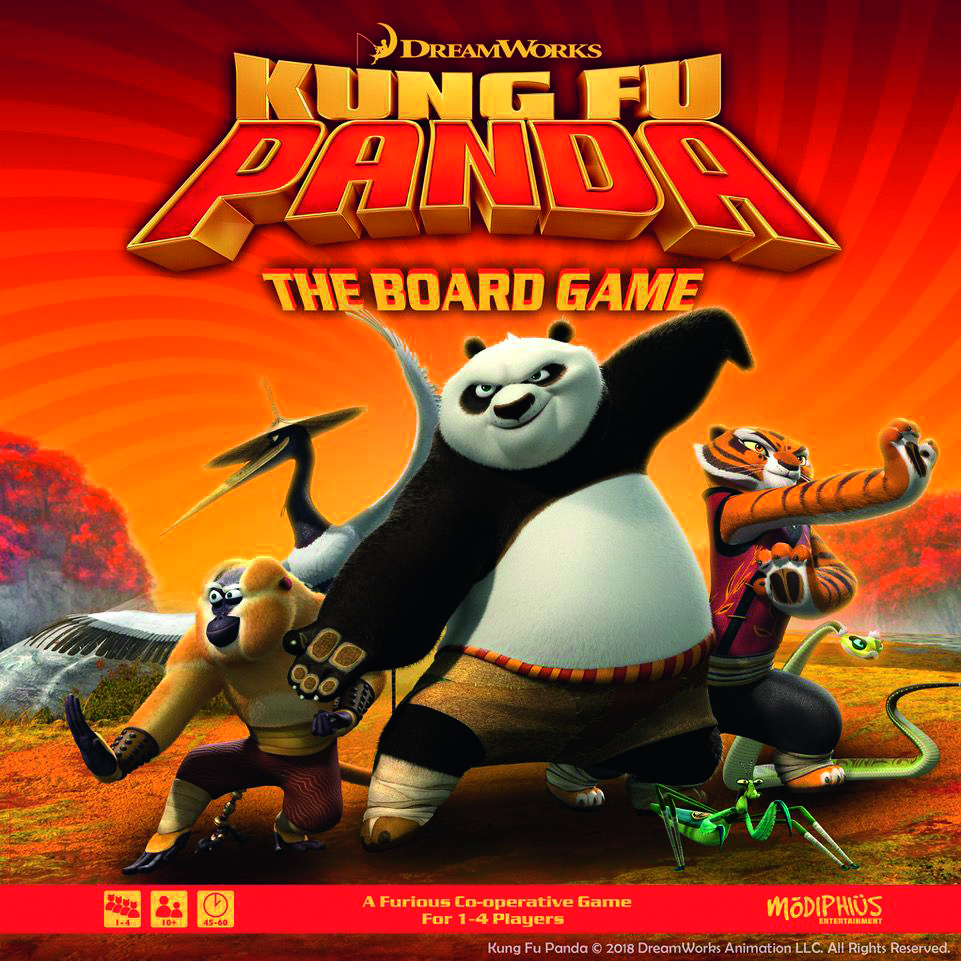 As action dice games go, this might not be the first one that springs to mind. But this outing for endangered kung-fu masters is one of the truest ‘turnless’ games out there. Players take the dice and miniature representing the characters from the film, and, against the clock, attempt to roll their way to the right number of successes all at once. Players have to work collaboratively through a scenario, defeating enemies and helping fallen friend up if they get knocked down. This leads to a lot of shouting, chaos, and enjoyable narrative whiffs as you score a, now missed, blow on a character someone else has just downed. A joyous and frankly silly game.

Want to read more? We've a full review you can check out by clicking here 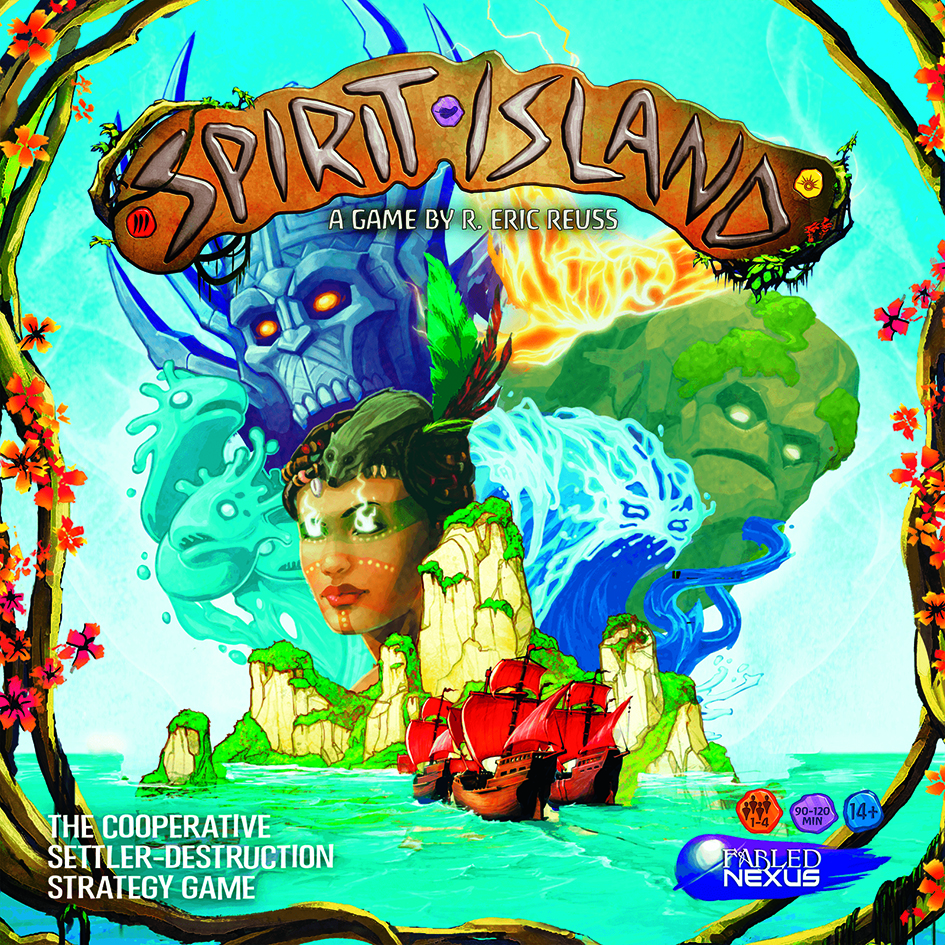 Planning the actions on your turn in secret, at the same time as everyone else, makes for a sudden and exciting party game feeling amongst what is a deeply tactical, asymmetric co-op game. Players can use their powers to repel the insurmountable odds of these invaders in what amounts to ‘whatever order that helps the players the most’, which leads to a kind of strategy conversation where players quickly provide resources for others so they can land their most powerful effects. It’s these moments that, with the right group, can make it feel like one of the truest co-op experiences out there.

In fact, this game received our Editors Choice award. Read why by clicking here!

Find your copy of Spirit Island by clicking here 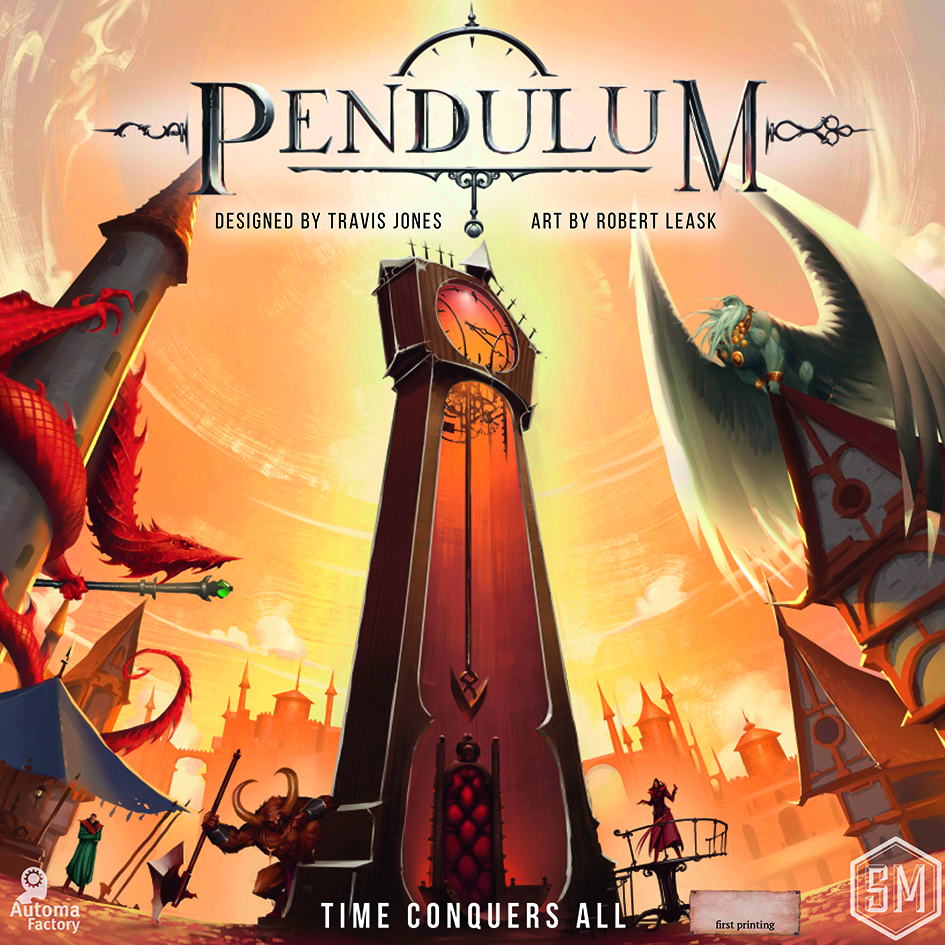 A three hour Eurogame compressed into 60 minutes worth of play sounds like a dream, right? While it’s a bit marmite for some, Pendulum is at very least a worthy experiment, and for many provides a really compact version of living inside a Eurogame machine. Pendulum is a worker placement game where you’re working against the clock, or a series of them, in the form of different length sand timers. Each of these timers controls one area of the board where you can place workers, on the flip of the sand timer you can move your committed worker to get the delicious resources on the other side of the area. It’s less chaotic than it sounds and the fastest pace you’re going to be making choices in a Eurogame.

Pick up your copy of Pendulum by clicking here 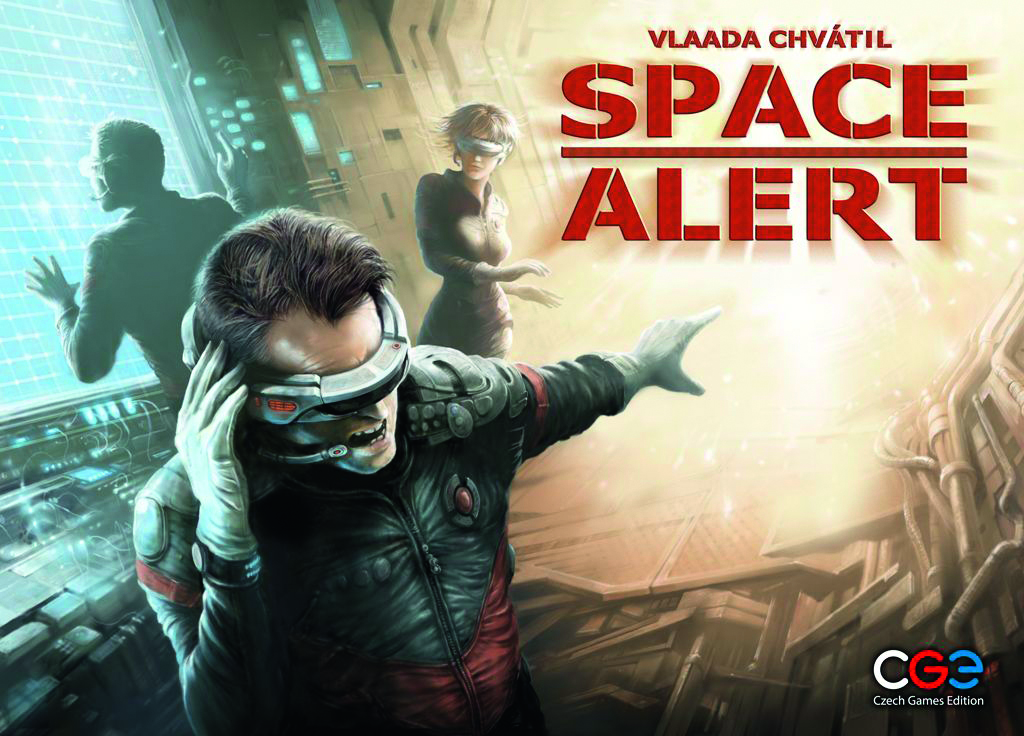 Vlaada Chvátil’s failing-to-plan-in-space classic is a masterpiece in setting up a whirlwind of chaos which might, just, see you survive until the end. Each round only takes ten minutes, in which the central computer will alert the players to threats from the unknown expanses of space, or indeed, malfunctions within the ship. Together players programme their actions and then play them out during the ten minute assault. Making sure that everyone knows what they’re doing, and ensuring they’re doing it at the right time, is the human puzzle at the heart of this space survival game. 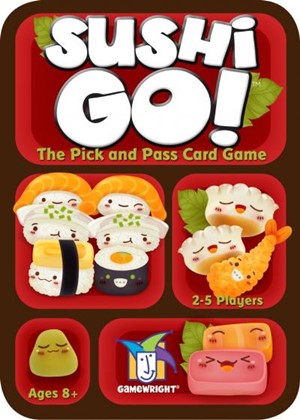 It might be on the lighter side of things, but the simultaneous select-and-play mechanics of passing your sushi around the table is an excellent example of the dangers of simultaneous play. While you might be banking on something being passed to you, and you think you’ve just handed off useless sashimi to your friend, you’ll suddenly look down at what you’ve got in front of you and find the most confusing selection you could have wanted. There’s only so much time you can hang around in simultaneous play games though, so snapping up your nearly-good options is for the best.

You can read more about it in our Sushi Go! Review

6. Race for the Galaxy 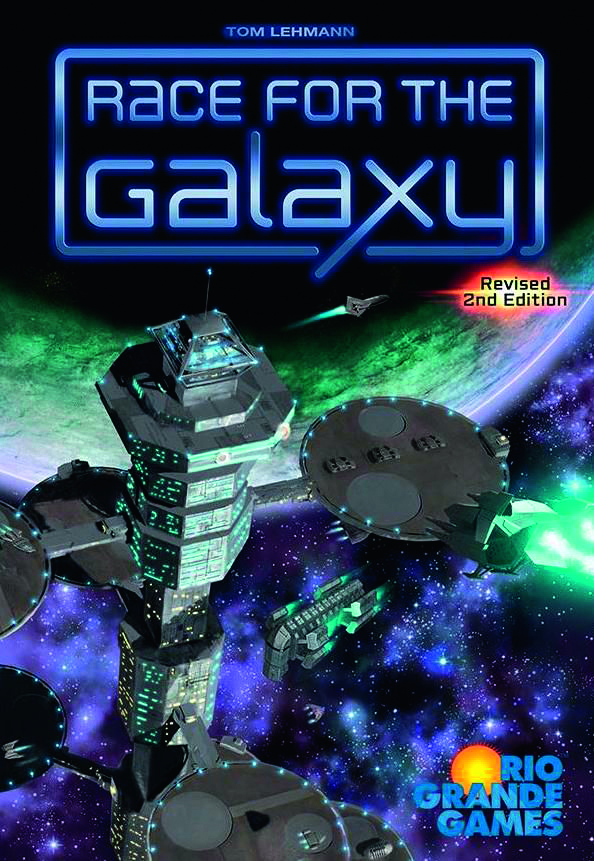 Select your role in secret, and then play them out all at once with this space exploration and colonization card game. While selection of roles is simultaneous, players all get to take the action that the initial player has chosen – with only the original player getting a bonus. Space is a big place, but soon you’ll be using bonuses on your stations and planets to gain more points based on the actions taken by others. A classic sci-fi wander through space, littering victory points as you go. Plus, if you want a more accessible version, there’s always Roll for the Galaxy instead.

Race to buy Race for the Galaxy

Read more about Race for the Galaxy in our Review

7. Game of Thrones: The Board Game 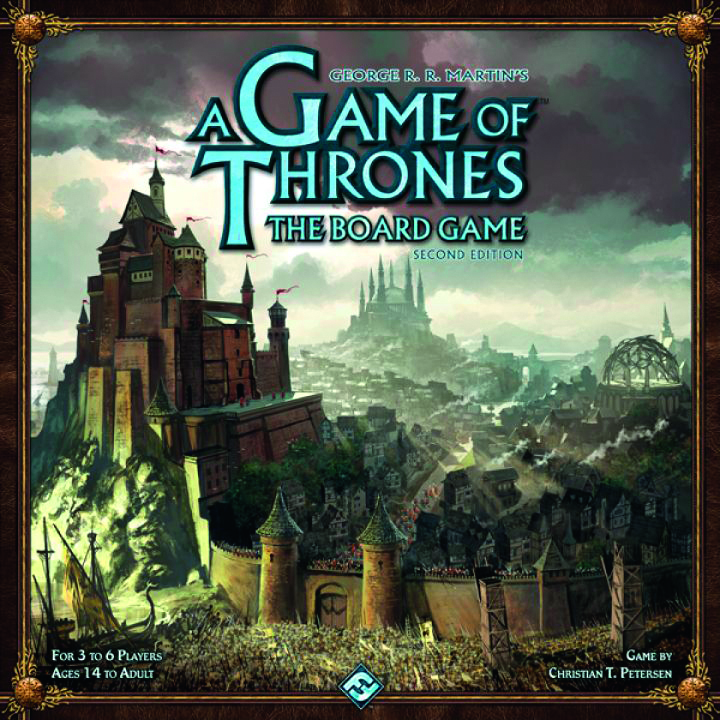 Less turnless, more like ‘scheme privately, war publicly’ in this adaptation of the George R R Martin books and TV series. Take control of one of the noble houses of Westeros and, through a great deal of bloodshed, backstabbing, and ungracious politics, park your butt on the most contested seat on the isles. Choose your actions secretly, as your opponents do, and reveal them at once to see what that tickle in your ribs is. Oh, it’s a dagger, from your ‘friend’ who you thought you were collaborating with. Turns out you’re going to have to put their head on a spike too.

Find your own copy of Game of Thrones: The Board Games by clicking here

Read our Game of Thrones: The Board Game review here 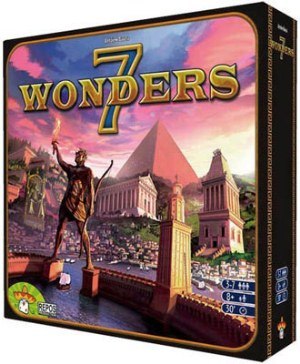 The select and pass mechanic of the endlessly popular pseudo-civ builder by Antoine Bauza is a key to the game’s fast flowing fun. Players select a card from their hand, place it face down in front of them, and then in unison, pass the hand to the left or right, depending on which of the three ages it is. Build up your civilisation’s wonder and use your neighbour’s resources to trade your way to improving your civilisation’s tableau. Like all games of this type, the simultaneous action makes for fast play in what could otherwise drag if you were hanging around too long.

Read more about 7 Wonders in our review of the game

Buy your copy of the game by clicking here 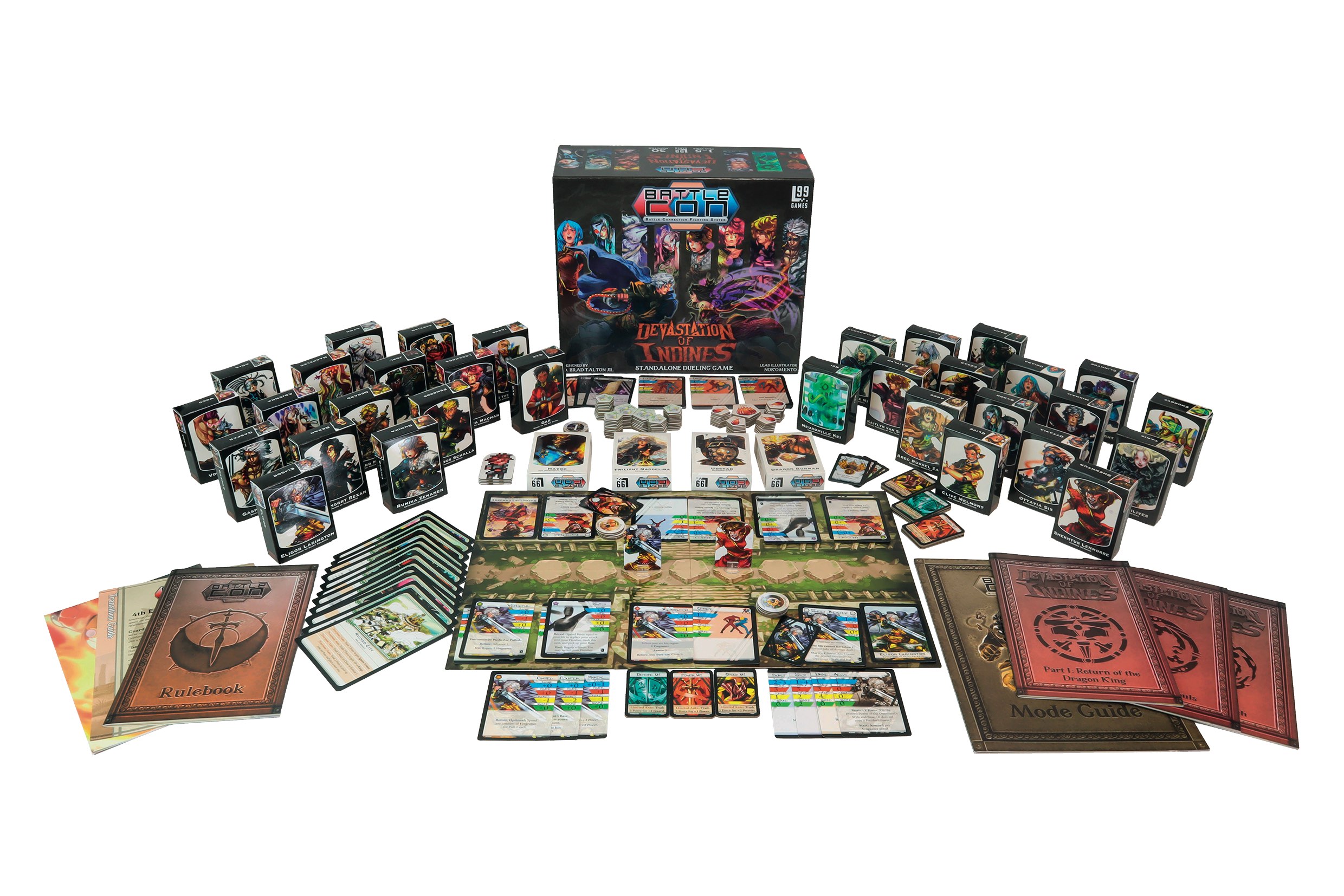 Naturally, any card based beat ‘em up action has to happen at the same time. Pick your actions at the same time as your opponent and hope that they’re not going to counter your plan. With a huge box of characters, this roster is difficult to fully master. However, the game itself is easy to learn and quick to play, making it an excellent game for fast feeling tournaments for your future gaming evenings, or if you’ve got a family of duellists at home. And even if you don’t, the solo mode offers campaign options as well.

Have a read of why we called this a Must Play game!

Buy this directly from Tabletop Gaming 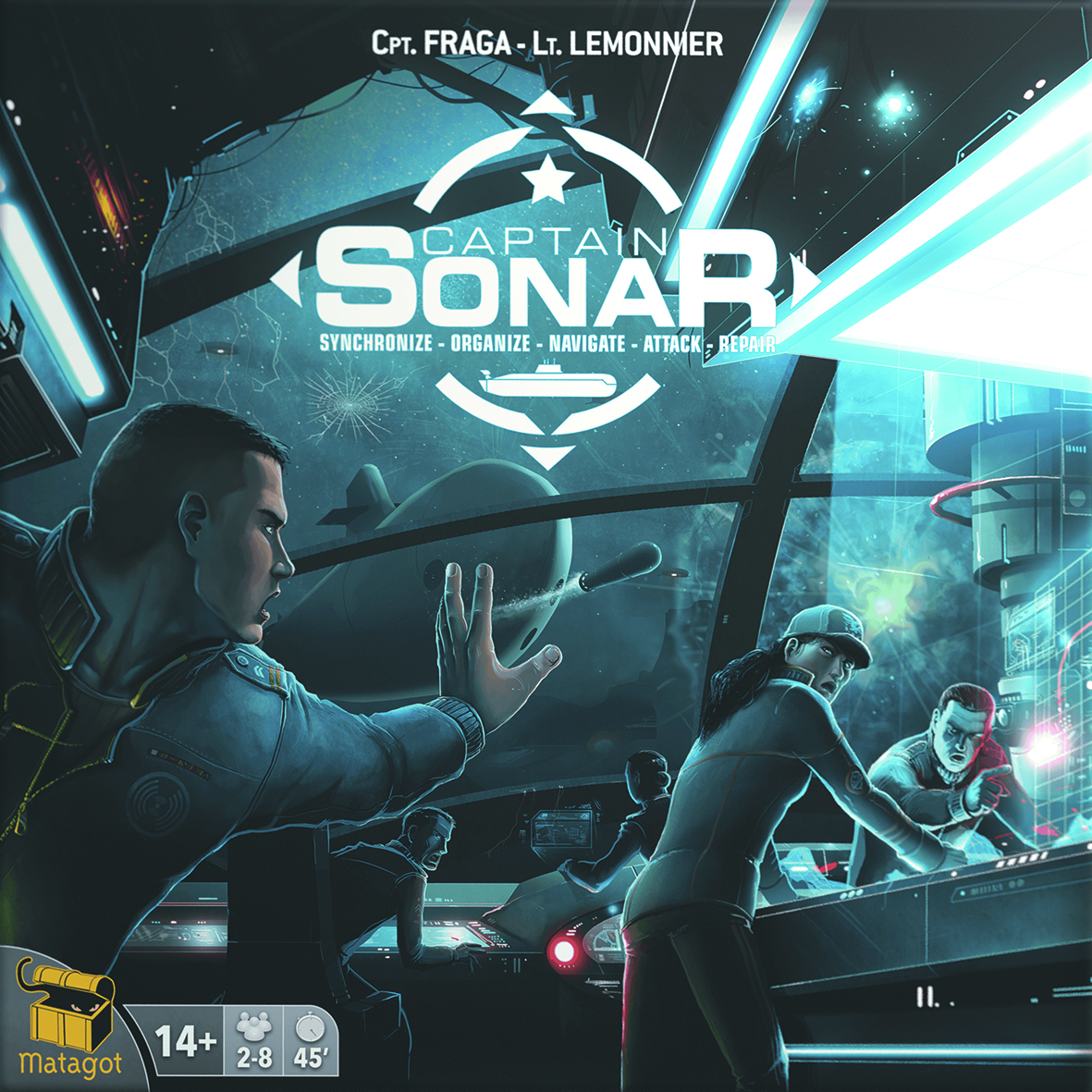 A game of taking roles on a submarine with your friends, and not getting stuck in the depths. Oh, and not being torpedoed by the enemy. Everyone takes a different player board and settles into being a sonar operator, engineer, first mate or captain, trying to spot the enemy, drive the sub, or manage the power and charge your weaponry. Everyone needs to communicate properly to avoid being spotted and sunk, and the realtime mode makes for dramatic, if stressful, deep sea fun.

This article originally appeared in issue 51 of Tabletop Gaming. Pick up the latest issue of the UK's fastest-growing gaming magazine in print or digital here or subscribe to make sure you never miss another issue.