A Game of Thrones: The Board Game review 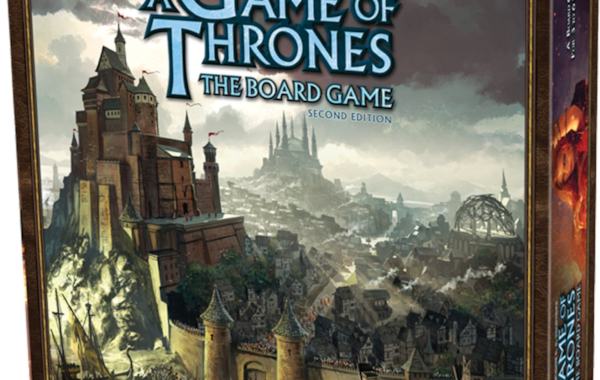 Winter is coming in this title inspired by the famous books

A h, Game of Thrones, the epic series of slaughter, sex and political intrigue that has single-handedly made dragons an acceptable chat topic in offices and pubs across the land. Far from just a cash-grabbing tie-in, the board game is a masterpiece of channelling the ruthless, backstabbing shenanigans you'll have come to recognise from the books and telly.

Each player takes control of one of six great Westeros houses, including your Starks and Lannisters of course, raising armies, building fleets and grabbing castles across the beautifully-reproduced map of the continent. Board and card game behemoth Fantasy Flight Games got the first edition out back in 2003, but the game's main mechanic has far older roots. Negotiating with your opponents before picking secret orders which all get revealed together is straight out of 1950s board game Diplomacy, which has legendary status as a destroyer of even the hardiest friendships through surprise betrayals.
As in the books you win or you die – there's no sharing a win in this one, people. It's a nerve-wracking affair that sees you sweating over your thinly-defended fiefdom as nearby armies swell and tenuous alliances are brokered. Forging a concrete treaty with a neighbour before hanging them out to dry at the worst possible moment is the lifeblood of the game.

Before you all rush out and buy a copy be warned: this game needs patience. The rulebook takes its cue from the novels, weighing in at 29 A4 pages of text culled from the bottom of an optician’s sight chart, and is as hard to navigate as the sea route to Volantis. New players will need a half hour read-through to avoid being hopelessly lost, and they’ll have forgotten most of the more obscure rules by the start of the second turn. Attempting to pull this game out as a nice surprise for family Christmas will invariably lead to confusion, anger and ultimately violent acts. (Mike Didymus)