Ten of the Best: Board Game Expansions – From Catan: Seafarers, to Wildlands: the Ancients …Or rather, the games that deserve them. More, bigger and better is very much the standard rallying cry of tabletop gamers – and when it comes to expansions we’re spoiled for choice.

From Terraforming Mars: Prelude to Catan: Seafarers, we take a look at ten of the best expansions out there for tabletop.

Words by Christopher John Eggett, as originally appeared in issue 63. 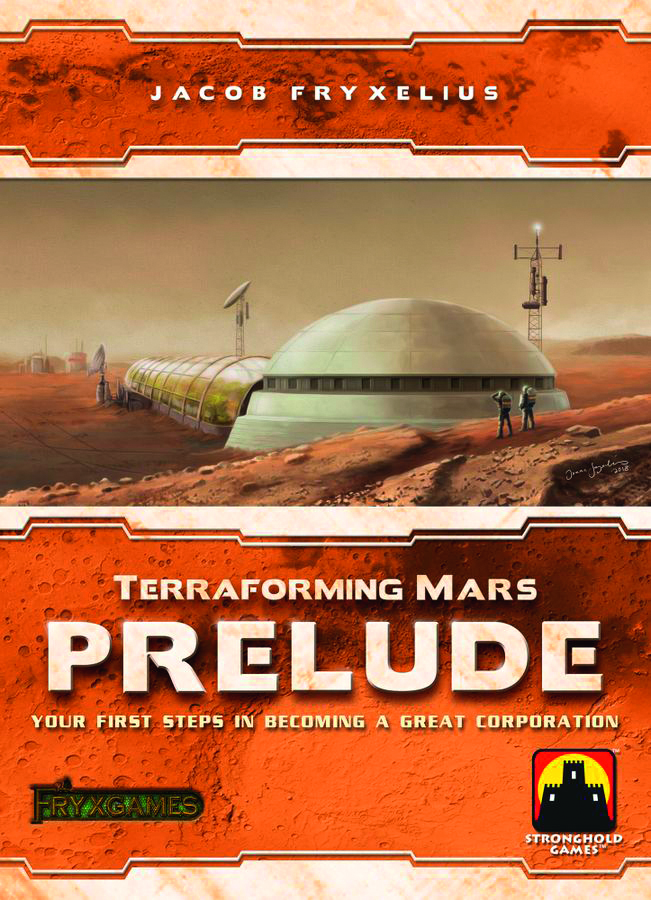 You can also check out our reviews for Terraforming Mars: Turmoil, as well as the Ares Expedition if you're looking for more!

There’s no contest. You cannot ask anyone about expansions without hearing that this is the best example out there. For weight-to-impact ratio, there’s few better examples. Prelude adds some cards of the same name to your starting options – keeping two of the four dealt to you. These do two things – firstly they kickstart your base, giving you very quick wins and getting players to the fun at the centre of the game faster, and secondly – they push players into different development paths, making for varied games and more reason to play again. A classic ‘never play without’ expansion.

Pick yourself up a copy here 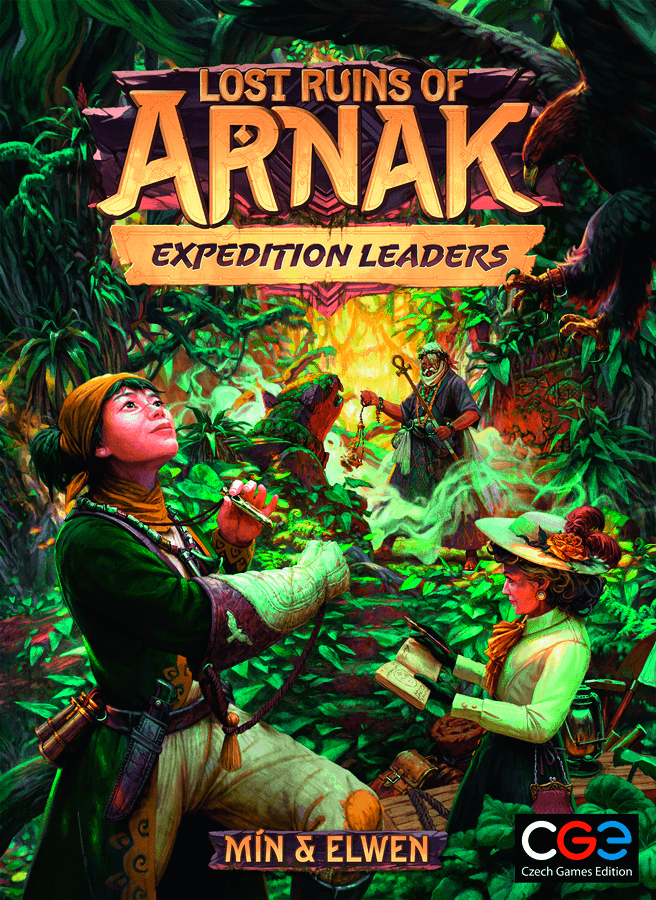 This incredibly rewarding worker placement meets deck building game has had plenty of love heaped on it in the year and a half that it’s been on our shelves. This first expansion adds an entirely new element to the game in the form of asymmetrical leader characters. The new characters get a new player board, a custom starting deck of cards, plus powers to make things a little bit spicier. On top of this there’s two new challenging temples to explore – meaning if you’ve been to Arnak a few times already, there’s a good reason to return. 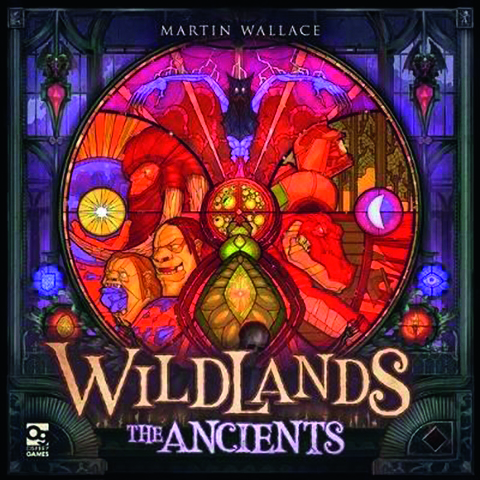 Read our full thoughts on this game in our review

The Martin Wallace card-based skirmishing game had missed a trick for a few of its outings – solo play. With The Ancients there is a full set of solo rules and five scenarios to get you started, plus, those solo rules can be used for two player co-op and with a bit of borrowing from other expansions you can even get to six players. Wildlands is fast paced and rewards clever and optimised cardplay, and these additional gameplay modes spark a series of new ways to play the game.

Find your own copy here 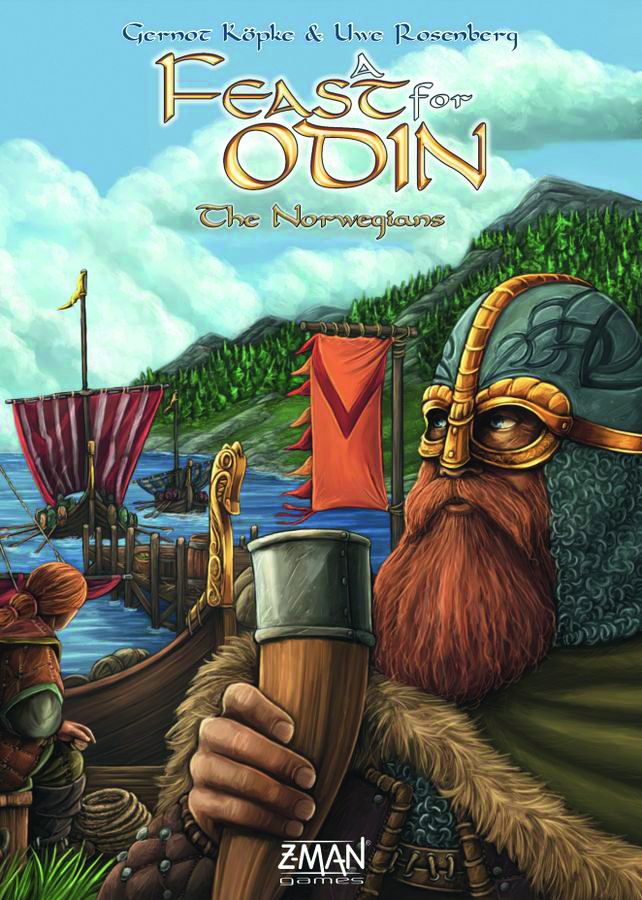 4) A Feast For Odin: The Norwegians

After the explosive popularity of having a snack in honour of the god of war, there’s a general feeling amongst A Feast For Odin players that there were a few emergent strategies that were simply stronger than others – turning it, sometimes, into a land grab. Enter, The Norwegians, a modular expansion that loosens up the game with a market and optional actions, and tightens it up with less actions and faster play for two players. More islands to explore is also a nice bonus for repeated plays. Without The Norwegians, are you really having a feast? 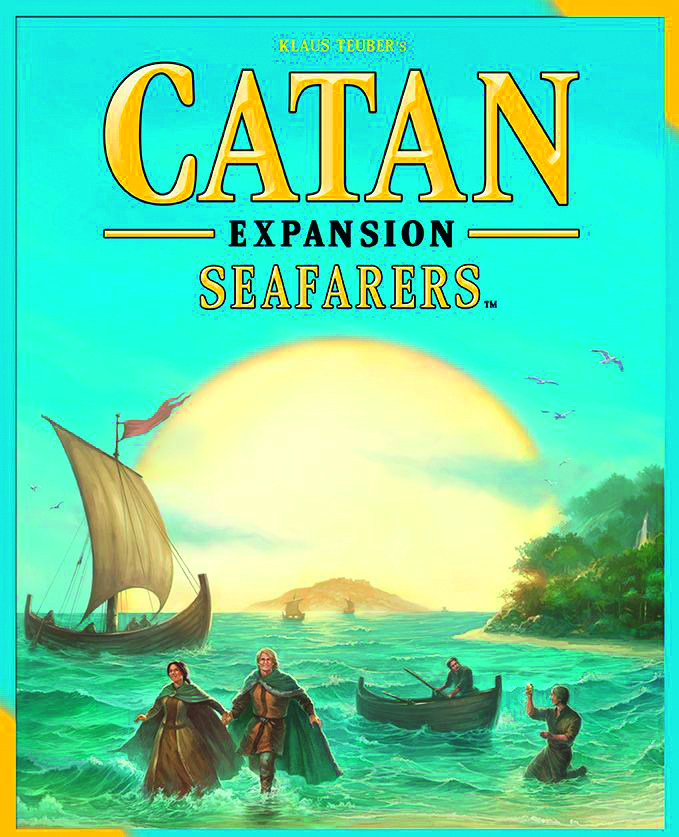 Another expansion that nearly goes without saying. At the core it’s Catan: But More and Wetter, with the introduction of scenarios that encourage you to island hop and expand your trade routes beyond the usual land-based networking. Each scenario opens up extra way to score points for criteria like reaching the outer islands first. Scenarios like Fog Island mean players explore a section of the board that’s empty, to be randomly filled from the draw pile. Taking what is a very simple and much-loved game into the realms of adventure and conquests is always going to be a winner.

Explore the seas and discover your copy here 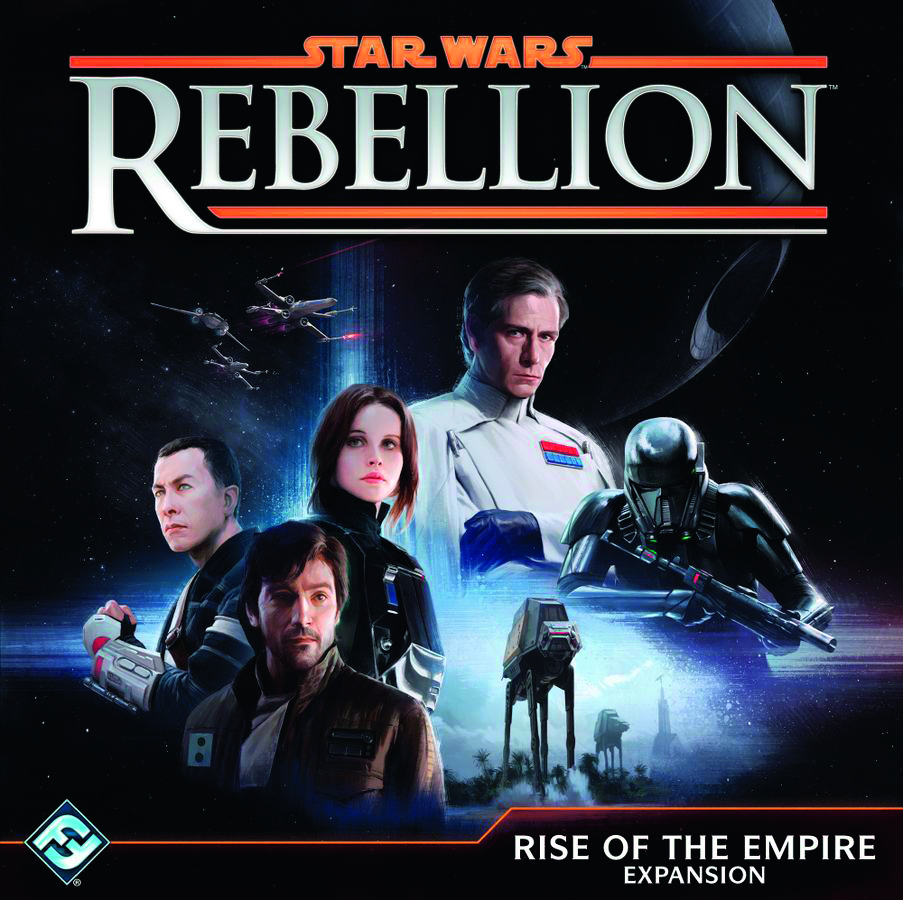 In what might be everyone’s favourite Star Wars game, this is the expansion that many claim “fixes” what is broken in the initial release. Whether that’s the case or not is up to you, but what it does add is more Star Wars goodness to a game whose rules can be somewhat intuited from simply knowing the lore. Rewinding the tape to line it up with Rogue One makes for a game where the Death Star isn’t built yet makes for more dramatic moments in a game that was already chock full of them. 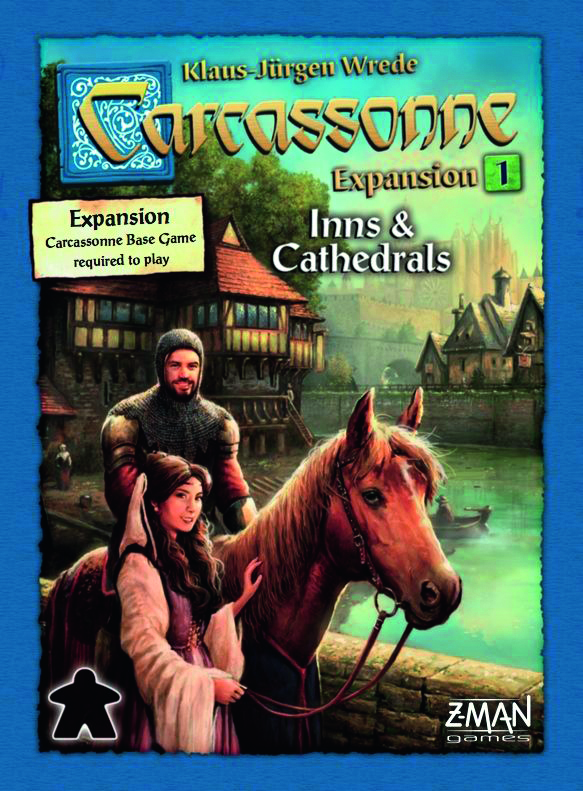 While we covered the entire catalogue of available Carcassonne expansions in issue 47 while celebrating its 20th anniversary, this is the one that’s a must-have for everyone. Adding new cathedral tiles which will improve the scores of your towns (if completed) and inns along roads to improve their scores too. Like the best expansions, this is one of those that you have forgotten is an expansion and not part of the base game. Essential to making Carcassonne the game it is today, even if it’s just a subtle and elegant step up.

Buy your next favourite expansion here 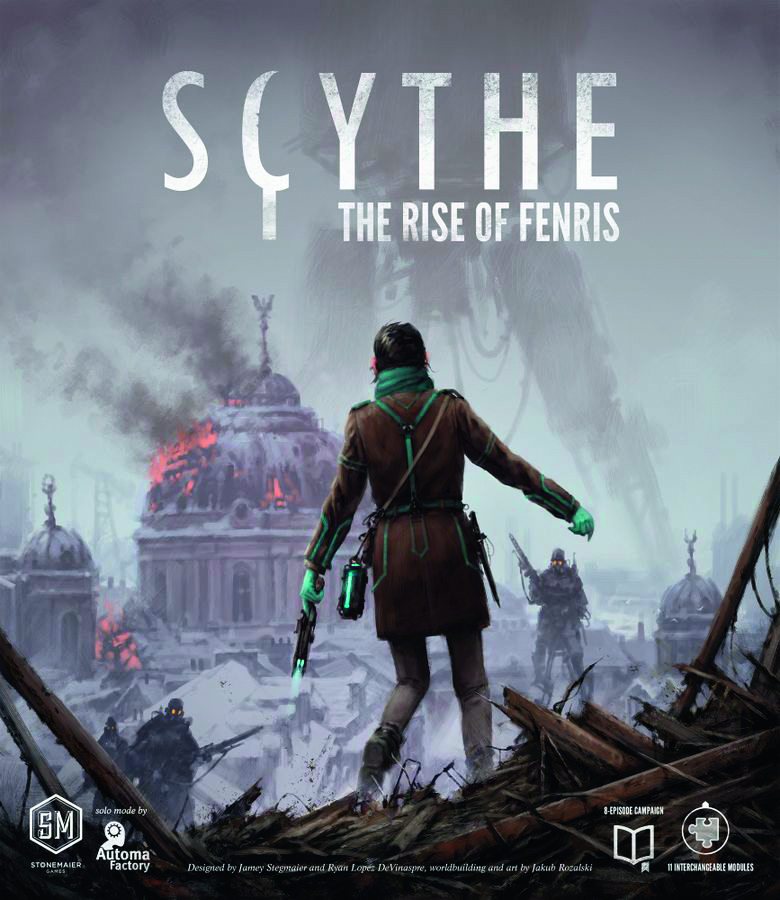 8) Scythe: The Rise of Fenris

The third expansion for Scythe, the ludicrously good looking game of European dystopia from Stonemaier Games, offers an eight-part scenario which adds new elements with each opening of a secret box. Every scenario is different, and offers tweaks to the usual Scythe rules – and as it’s non-destructive legacy these can be replayed, or lifted into a ‘normal’ game. It’s noted for how much surprise is found within the boxes, which we can’t spoil here. As far as campaign expansions that aren’t one-and-done, this is the way to do it.

Pick up your copy 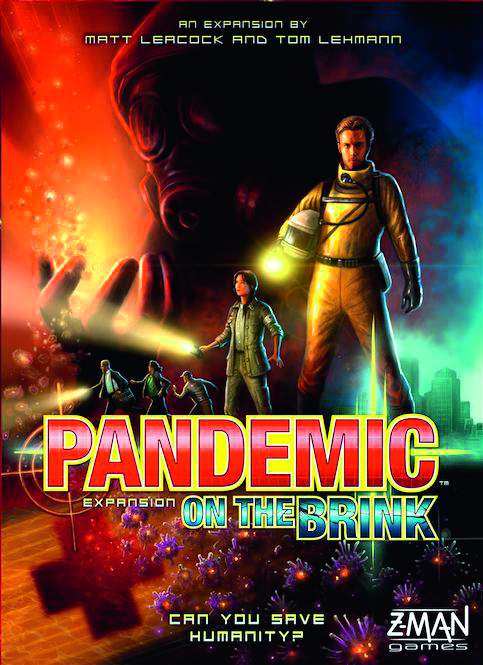 9) Pandemic: On the Brink

Wondering about the Pandemic expansions? Check out our guide

A modular set of remixes for the classic Pandemic game that brings huge upgrades for a small box. Virulent strain makes the nastiest disease on the board much more difficult to deal with, which means it’s very easy to lose focus on the general clean up and focus on the big bad – this obviously gets out of hand quickly. A mutation can also be added, bringing a fifth disease to the board in random locations – a vicious and exciting addition. And finally, a mode where one player can play the disease is exactly as good as it sounds. Oh, there’s also pieces for a fifth player and some more events and roles, naturally. 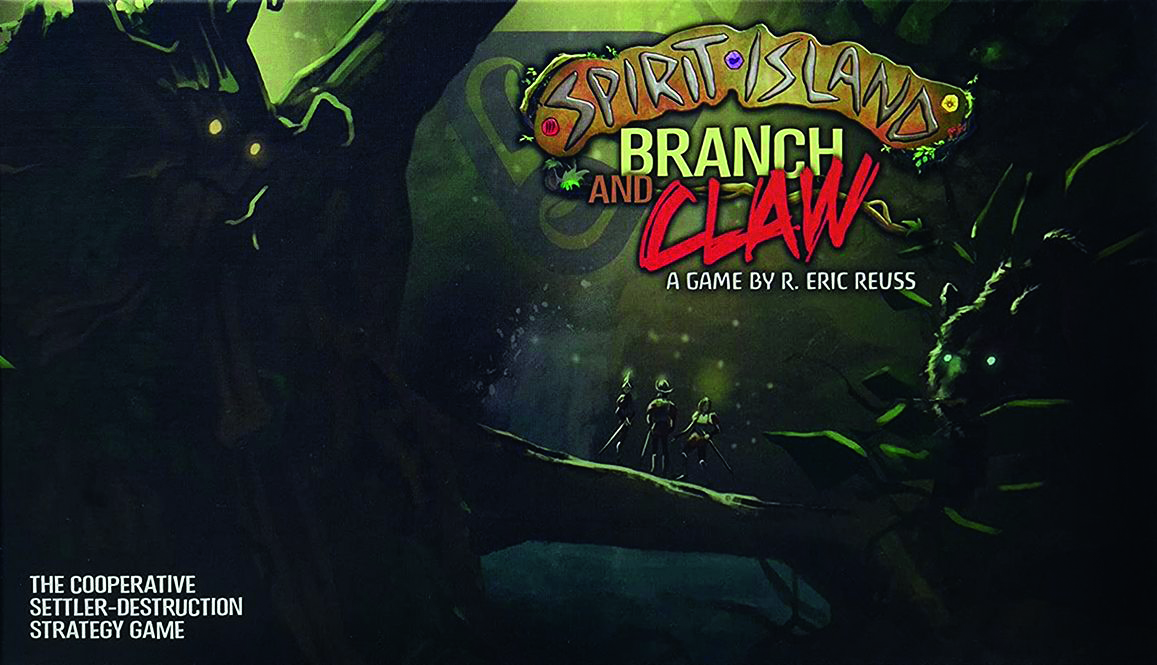 While a couple of extra spirits is more than welcome, the introduction of event cards brings a wrinkle into a game that has become famous for its analysis paralysis inducing ability. When things get out of hand at any rate. The event cards add fun new choices to the invader phase, giving players the choice of an expensive bonus, or the cheaper option which is probably bad for the island in the long run. There are also beasts which may roam the land, hopefully on the hunt for some invaders, and new ways to fight back including growing the wilds to stop exploration and strife tokens to weaken the next ravage phase. An essential expansion for those who want more chances for nature to fight back.