The only time we appreciate more Pandemic

Pandemic’s base game offers scalable difficulty and varied player roles, ensuring plenty of replay value, but inevitably your team of pathogen pulverising professionals will need something new. Thankfully, three expansions are available, here’s what we think of them.

Pandemic: On the Brink

The Ghost Pepper of spicy expansions. As well as regular expansion additions like fifth player components, extra events and roles, this also has two revitalizing variants and one literal game-changer.

Virulent Strain Challenge makes the most widespread disease even harder to manage, swapping the normally awful epidemic cards into something far worse. By forcing players to over-prioritise one of the four diseases it encourages riskier moves to get ahead. A subtle change that dramatically impacts play.

Mutation challenge adds a fifth disease that can appear anywhere on the map. As any city could harbour the illness that’s twice as potent, only by playing responsively and creatively will players succeed. A splash of variety to keep the game surprising.

Lastly but by no means least, Bio-Terrorist turns a co-operative challenge to a one-versus-all nightmare. One player secretly spreads sickness across the globe, antagonizing the others who will need to keep the Bio-Terrorist in check whilst still finding a way to win. Completely changes the game’s atmosphere, creating a thrilling asymmetric game that’s great for competitive-minded players.

Our Verdict? Must-Play This renovates the base game and provides means to create a different game entirely, if only all board game expansions were this generous.

Pandemic: In the Lab 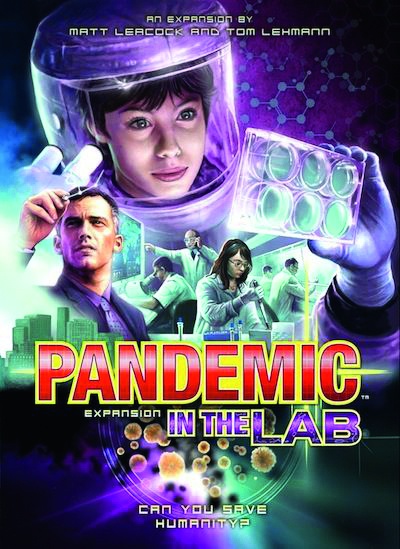 The second expansion builds from the first, but also introduces two play variants and one massive shake-up.

Lab Challenge makes curing a disease its own mini-game. Players now develop cures by manipulating cubes through a series of lab spaces, attempting to match a sequence card. Prioritising which cubes and illnesses to cure is a must, especially when taking too many cubes could also end the game. A mind-bending puzzle that reinvigorates the base game once more.

The Solo and Team variants makes varied playgroups just as exciting! Even by modern expectations, the Solo mode delivers a fantastic challenge with very minor tweaks, ensuring that solving the puzzle alone is possible, if a little monstrous. Team mode finds the sweet spot between co-operative play and competitive challenge, as players pair up, earning points for providing cures and eradicating illnesses. The team who does the most is the overall winner, but as the game follows the same losing conditions, the difficulty comes from deciding when to put the team’s goals over the table’s needs. A novel challenge that scales to six players.

Our Verdict? Yes - Whilst not as groundbreaking as On the Brink, it still delivers a stellar experience, finding new ways to play and diversifying playgroup size. 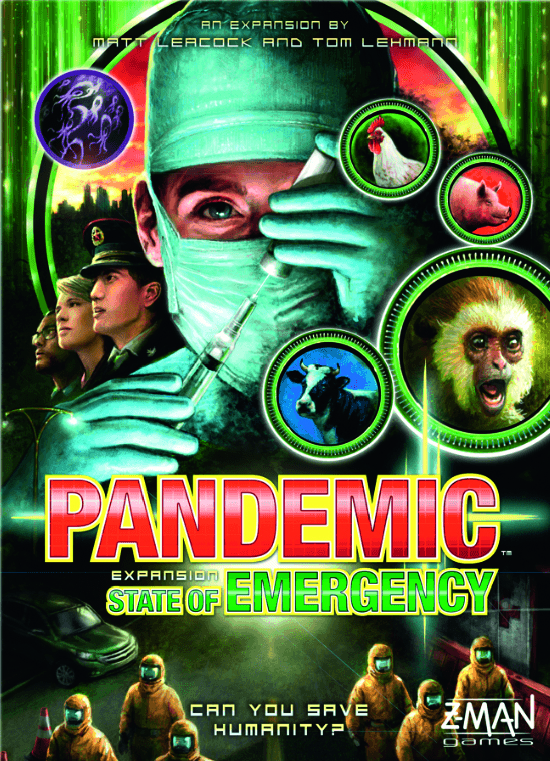 So after a thrilling one-versus-all variant, options for solo and team play, what can the third expansion offer? Minor core game variants. Hmm.

This expansion includes new roles, events and a Quarantine mechanic, as well as modules which can be combined in a wide variety of ways with previous expansions.

The Hinterlands Challenge expands the map with special locations where new cubes are placed based on a die roll. This extra randomness makes planning harder, encouraging reactionary play and keeping things fresh.

The Superbug Challenge twists the Mutation challenge, making the 5th disease incurable instead of unpredictable, accelerating the demand to find a vaccine whilst still managing to keep the other illnesses in check. This challenge has the most compatibility with previous modules and is great for players who have exhausted all novelty potential from the past offerings.

Our Verdict? Maybe This expansion still offers thoughtful additions that’ll prove to entertain and infuriate, but this is very much “for fans only.”

If you like trying new gameplay styles, grab On the Brink first for the greatest variety. Prefer playing co-operatively? In the Lab superbly shakes things up and includes options for solo and group play. State of Emergency should only be considered after buying one or both of the previous expansions.