How to Play Vaesen Vaesen is a game of investigation and folklore, often with a horror twist. Here’s our quickstart guide to getting Vaesen to the table as fast as possible. Here we will provide an overview of the game and how to run the scenario featured in issue 60 of Tabletop Gaming Magazine, from the Vaesen: Mythic Britain sourcebook.

Note: There is also an quickstart guide coming from Free League, which we will include here and on the download page once it’s available. (UPDATE: there has been a slight delay on the official quickstart, it should be with us in the week commencing 25th October)

While the information here should get you started, it’s no replacement for the full core rulebook, and we’ll be avoiding longer campaign elements like character progression, or the base building that sits at the start of any Vaesen investigation.

Not sure what Vaesen is? Go read our review.

An Introduction to Vaesen

The player Characters in Vaesen are people who have the ability to see the magic creatures called Vaesen. They are invisible to everybody else. This is called having the Sight. The player Characters are part of a community, called the Society. Members of the Society try to handle situations where there is a conflict between Vaesen and humans. They travel from the cities to rural areas where Vaesen are more frequent and try to solve mysteries.

A player Character has four Attributes (Physique, Precision, Wits, Empathy) and twelve skills. When the Character uses a skill, she adds the number of the attribute with the skill. The result is the number of dice she gets to roll. Getting a six on a die counts as a success. On most rolls, the player only needs one success.

If the roll is unsuccessful, the player can “push the roll”, which means that she gets to roll again. Pushing a roll means that she somehow exceeds her own limitations, and she takes a “Condition”. She becomes, for example, angry, exhausted, or frightened.

When a Character takes a beating, either physically or in an argument or other mentally taxing situation, she takes Conditions as a kind of damage. She can take either three physical conditions or three mental conditions. If she takes more damage, she gets Broken. Then she needs to roll on the table for Critical Injuries. This may be fatal.

A Character has Talents which grants her special abilities or bonuses. She also has a Dark Secret – something that has shaped who she is, and most often something she is ashamed of and tries to hide. Since she has the sight—the ability to see the Vaesen—she has experienced some kind of Trauma in her past. She also has a Motivation—a reason for being a part of the Society.

Vaesen cannot be killed by attacking them with weapons. A ritual is needed to drive them away or to control or kill them. Finding out what the ritual is, and trying to perform it, is a part of the mystery. The Vaesen will use both sorcery and violent attacks to defeat the Characters.

A Quick Guide to Playing Vaesen

With the introduction out of the way, let’s take a look at a few of the crunchier aspects of the game. 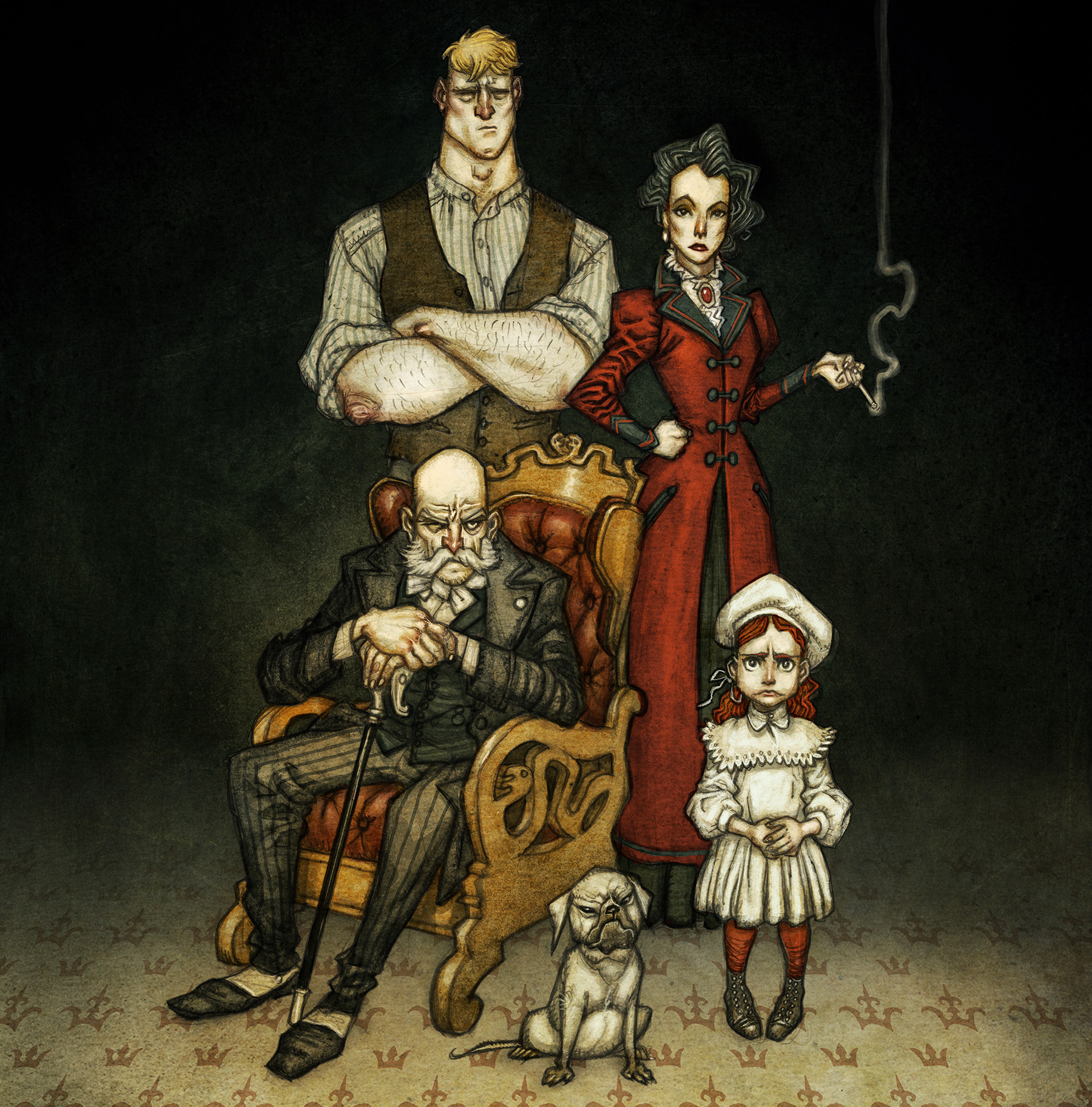 Players can create their own characters from the core book, or use one of the pre-generated characters in the useful links below – editing them as they see fit. Players can simply pick an archetype, copy the equipment and stats, while changing the name and other background details to get started.

How to take Skill Tests in Vaesen

Characters make tests by rolling D6s equal to the total number of their relevant Attribute (i.e. Physique) and a relevant Skill (i.e. Agility). A character who wants to chase down a fast moving and fleeing suspect may need to pass a skill test to catch them – if the character was quite fit they may have a Physique of 3 and their history of running may mean they have an Agility skill of 2. This means they roll 5D6. Any 6s are successes, meaning they managed to do what they wanted to do. Roll more successes than you needed and something even better might happen.
Talents, such as ‘Army Medic’ or ‘Bookworm’ may add dice to your dice pool when relevant (+2 Medicine rolls for the former, +2 Learning rolls for the latter). Others, such as ‘Journalist’ allow the player to use their ‘Inspiration’ stat instead of their ‘Manipulation’ statistic when attempting to charm or deceive someone.

Here is a short list of the Skills, and which Attributes they are relevant to:

If you're not sure what a talent does as a GM, consult the core rulebook, or use a reasonable ruling what seems sensible for context. 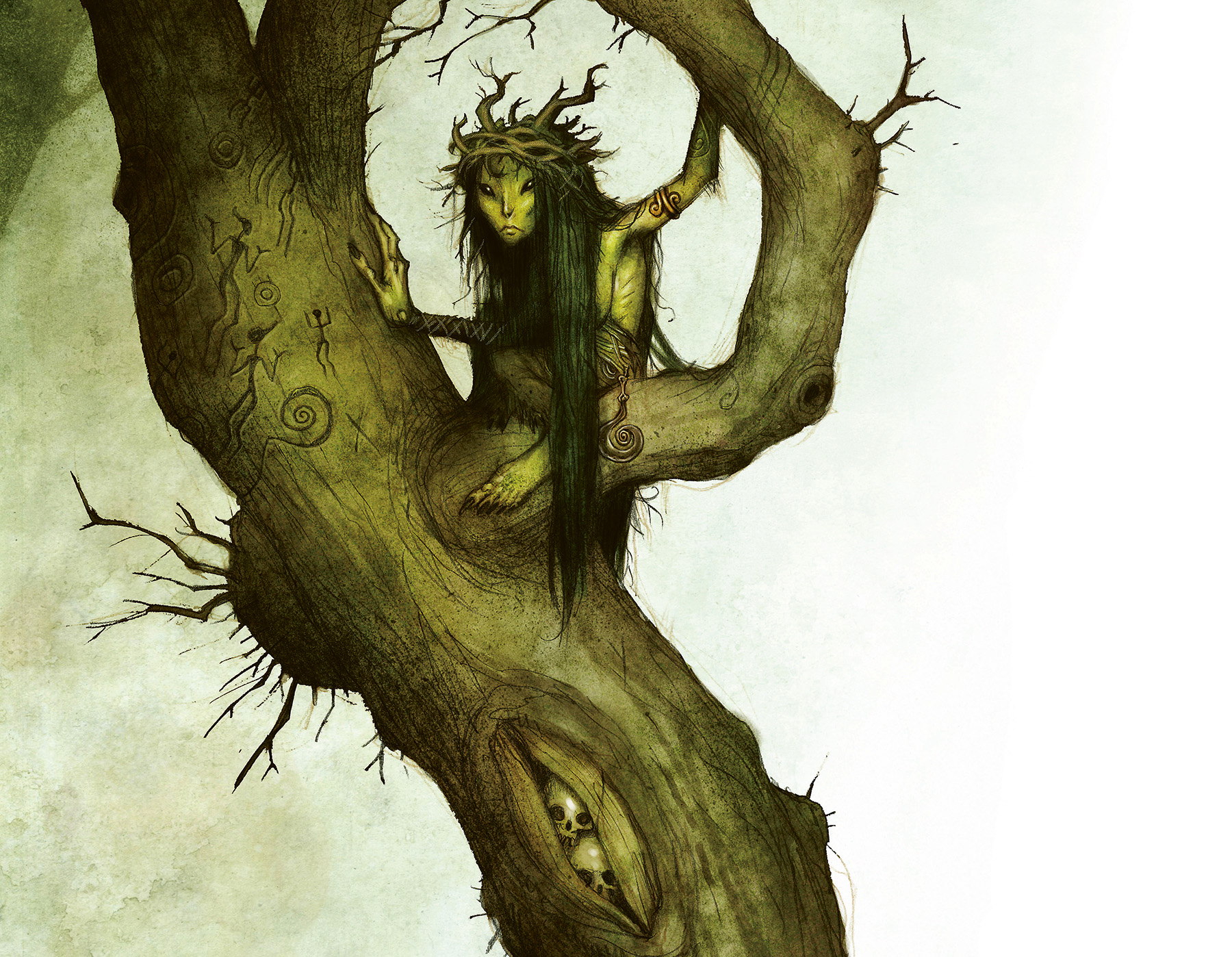 Vaesen has a suggested mystery structure to its adventures, as follows:

How to Win Vaesen

Player characters are going to want to investigate the mystery and discover the source of whatever problems are afoot in the local community. Players should look for information that will lead them to performing a kind of ‘rite’ which will appease, destroy, or placate the Vaesen in some way. During the confrontation, the right is required to be carried out to placate the vaesen – this isn’t to say it will become trivial, or without a great cost to the party.

There’s a great Vaesen fan community out there too, supplementing the fine materials provided by Free League. Here are some of our favourite bits to help you get started.