On Mars, no-one can hear you scream

Any ‘serious’ board-gamer will assert (correctly) that the joy of playing isn’t about winning. Winning is just one of the potentially satisfying ways that the story of a game will conclude. What board-gaming is really all about is the creation of that story.

Few games exemplify this philosophy better than Adam Kwapinski’s Nemesis: Lockdown, and its 2018 survival-horror-sci-fi predecessor Nemesis. Winning as an individual in this game is, of course, possible. But you might not be the only winner; it is feasible, though unlikely, that everyone could win – even though this isn’t strictly a co-op game (unless you play the full co-op variant). More likely, there will be no winners at all; make no mistake, this is a brutally harsh game. As Kwapinski notes in the rule book, Lockdown is designed to evoke a series of exciting, cinematic moments which are intended to reward players through the drama of its narrative, even if that involves them losing the game.

For the most part, Nemesis: Lockdown delivers on this – just as Nemesis did four years ago. Although, we’ll insert a big, slime-drenched caveat: this is a player-elimination affair which gives any ejected player nothing to do, other than spectate.

Well, that’s not entirely true. What an eliminated player can do is help out with all the rules references that are required, because Nemesis: Lockdown is an ultra-crunchy title where barely a turn will pass without someone having to reach for, and squint at, the dense, small-white-text-on-black rule book, flipping backwards and forwards through the pages until they find the very specific clarification they’re seeking. Quite how publishers Awaken Realm didn’t get a memo from Nemesis players that AN INDEX WOULD BE REALLY NICE is beyond us. 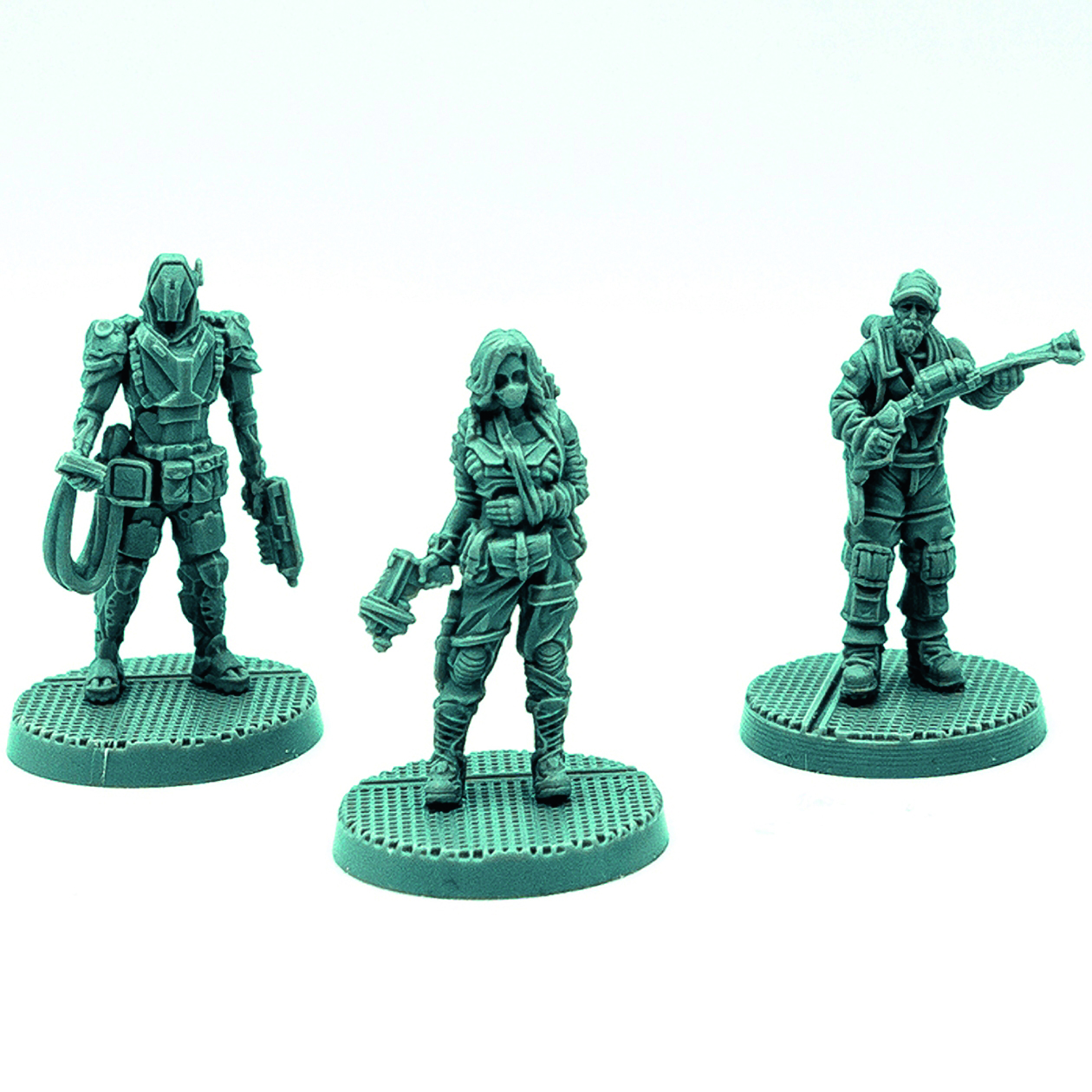 It would be too much of a stretch to describe Lockdown as an improvement upon Nemesis. It is less a refinement than a sequel which maintains some of the original’s complexities, and relocates others. So even if you’re familiar with the first game, there’s still plenty here to send you scurrying back to that eye-straining, patience-testing rule book.

Thematically, it moves players from combating a deadly alien threat on a spaceship (like in Alien) to dealing with a slightly different deadly alien threat in a subterranean Martian base (similar to Aliens). So instead of needing to secretly programme the ship’s computer to set your destination, for example, you’ll have to try and discern, through the process of elimination, what the evil corporation’s base-flushing contingency plan is. Otherwise, you might finish the game thinking you’ve triumphed by surviving and completing your hidden objective – benevolent or otherwise – only to find the revealed contingency requires your immediate execution. In Nemesis: Lockdown, even when you win, you can lose.

Darkness and power (electrical rather than political) are also important new factors. The Intruders of Nemesis have been replaced by Night Stalkers (it’s unclear whether they’re a mutation or just a whole new species), which are more deadly when the lights are out. And those lights will be out a lot, unless you want to use up loads of your precious actions keeping them on.

The original’s excellent action card system is thankfully present and intact; each turn you take one or two actions, determined in part by your character’s own small deck of cards, with the variable cost of an action paid for by the discarding of other cards. Burning through your hand, however, is inadvisable. If you encounter a Night Stalker during the Event Phase, it is less likely to launch a surprise attack on you if you have cards remaining in your hand. Every turn is an internal tussle between reaching for your goals and venturing conservatively.

This tension is also reflected in the simple choice between movement and careful movement. The former generates more noise, vastly increasing the chance of an alien attack (those vent-lurking nasties love a “Fool of a Took” bang or clatter); the latter requires discarding more cards. Will you sneak around like Newt? Or charge up and down the corridors like a colonial marine? Either way, bear in mind that weapon ammo is scarce – like weapons themselves – while melee attacks are a really bad idea. Unless, that is, you want to spend half your evening being the rule-book checker.

As with many big Kickstarted projects, Nemesis: Lockdown has been published with an optional Stretch Goals box, which adds totally not-needed miniatures for the doors, rover vehicle and main gateway (represented by more environmentally friendly carboard tokens in the core box), and a fair amount of variety in the form of a very different species of alien stalker, the Chytrid. This fungoid parasite/predator provides added difficulty in the way it spreads through the base as spores and mycelium, potentially losing you the game just through spreading too far and wide.

Complementing the Nemesis series strong sense of cinematic narrative is the Untold Stories campaign, which enables a fully co-op team to play through an immersive but exacting graphic-novel-format story mode. It’s well worth considering if you have a group which is up for a multi-part challenge.

But, in all honesty, there is plenty enough in the core box to give you many hours of play, without reaching £75 (!) deeper into your pocket. The board’s flip side presents a different base layout, which allows characters to venture onto the red planet’s surface, and it also folds in components which lets owners of Nemesis use that game’s characters (as survivors of the first wave of extra-terrestrial terror) and Intruders in Lockdown. 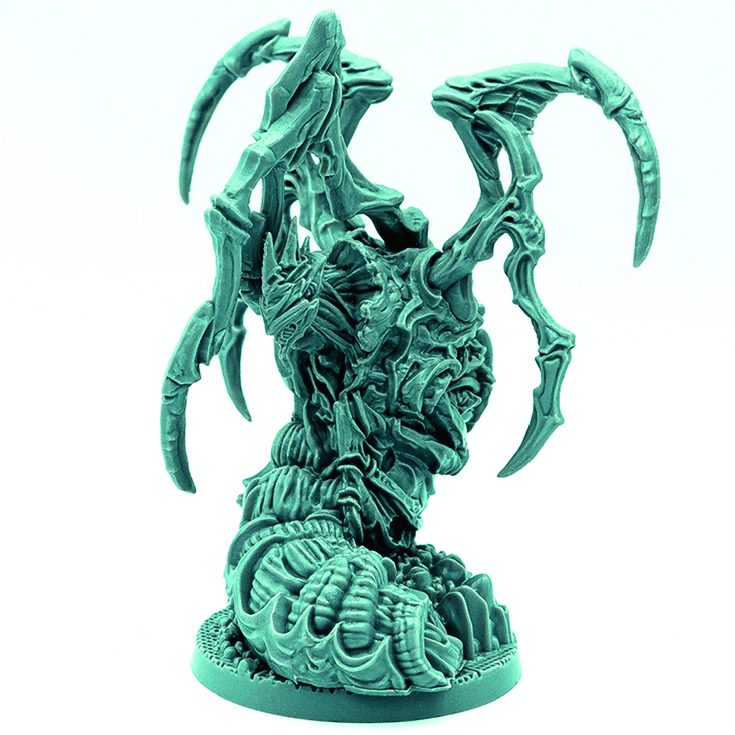 It is a monster of a game and a worthy sequel to Kwapinski’s Alien tribute – which remains the best “Alien” experience board game out there, superior to both Alien: Fate of the Nostromo and Aliens: Another Glorious Day in the Corps, both in terms of artistic presentation/component quality and sheer thematic depth. If we had to express a preference between Nemesis and Nemesis: Lockdown, we’d go with the original – it’s just that little bit more streamlined – but it’s a close race. Either way, you have to bear in mind that with that thematic depth come a lot of rules to digest, so brace yourself for a long night.

Fans of Nemesis will appreciate its new elements and different challenges, while newcomers will likely be impressed by its thematic strength. Assuming, that is, they can handle the heavy rule set and super-long play time (we’ve not yet had a four-player game come in at less than five hours).

TRY THIS IF YOU LIKED TAINTED GRAIL: THE FALL OF AVALON…

Saying “Nemesis” is just too obvious, so instead we’ll say that if you enjoyed Tainted Grail’s narrative drive and innovative card play, you’ll dig Nemesis: Lockdown, too.

Read our review of Tainted Grail: The Fall of Avalon here!