Aliens: Another Glorious Day in the Corps & Expansions Reviews Not to study. Not to bring back. But to wipe them out.

The genius of James Cameron’s Aliens manifests itself in numerous ways. Such as being a sequel that not only equals (or arguably supersedes) the original movie, but also builds on its world while shifting it into a different genre, in this case the war movie. Or the fact that it sets up a group of core characters that you like and care about (well, except Burke), but who all feel as potentially expendable as each other (well, except Newt). It even, somehow, manages to maintain the primeval scariness of its titular creatures, while downgrading them from a seemingly indestructible lone stalker to a swarm of squishable bugs. It is a fantastic movie. And it is also fantastic material for the tabletop: tense, exciting and utterly involving.

Anyone who’s played Games Workshop’s Space Hulk could attest to this. It's Imperial Marines and Genestealers were obvious, 40K-flavoured stand ins for the colonial marines and xenomorphs, and its stripped-down rule-set made for a comparatively lean skirmisher that felt more like a matter of survival than victory. Aliens: Another Glorious Day in the Corps is very similar in this sense. It even shares Space Hulk’s “Blip” dynamic, where alien foes arrive on the board as amorphous dots (like on the film’s motion trackers), which are flipped when encountered to reveal exactly how many monsters each represents. A neat mechanism that’s a welcome inclusion, adding to the tension of each close encounter.

But this is proper Aliens, fully backed by 20th Century Fox and featuring artwork and photography from the film. For fans of the movie, it is nothing less than the real deal – similar to the 1989 Aliens miniatures game, but more modern and streamlined.

A word of warning, though: while this isn’t a full-on wargame, and promotes itself to more casual hobby-gamers with the strap line “A Cooperative Survival Game,” publishers Gale Force 9 have made the odd and frustratingly opaque decision to require self-assembly of all its minis. So before you can get stuck into the action, you’ll need to stick together the characters and Aliens themselves – a long and laborious process, especially if you don’t normally dig that fiddly kind of thing. The miniatures are also very light and brittle, too easy to knock over or send spinning across the table. Especially those pesky Xenos, with their long, curling, Barrel-of-Monkeys-like tails.

A second word of warning: the £50 core game is by no means the complete Aliens experience. In plot terms, its three main campaign missions only take you as far as the escaped-Facehuggers sequence, though it does include stand-alone Bug-hunts, with a rescue mission (to gain back any captured characters) and a supply mission (to restock your dwindling equipment) folded in.

If you want to involve the Alien Queen and the power loader, you’ll need to fork out another £50 for Get Away From Her, You B***h!, which adds in the optional capacity for one player to take control of the bugs, as well as an APC chase sequence. Then there’s the smaller-box expansion Ultimate Badasses (25£) which introduces further characters and a nice levelling-up mechanism for campaign play – something that does feel notably lacking in the core set. Finally, for a further £11 you can upgrade Facehugger, crate, egg, terminal and sentry-gun tokens to even more miniatures that require cutting from sprues and gluing together. So, at £136 RRP total, the complete experience ain’t cheap and will require a frankly offputting amount of assembly.

It is, at least, a faithful and effective adaptation of the source material, which designer Andrew Haught (Doctor Who: Time of the Daleks) has clearly studied closely. As well as adeptly recreating the main action beats via miniature movement and conflict on evocatively realised modular grid maps, Haught conveys the sense of increasing danger and depleting odd of survival via a single, shared-by-all Endurance deck, which includes Equipment, Event and Hazard cards. Performing actions usually requires you to exhaust cards from this deck, forming a pile which sits face down between the draw deck and the discards. If the Endurance deck is ever empty, you all lose the game. But it’s possible, by taking a Rest action for example, to move cards from the exhaust pile back to the bottom of the Endurance deck, meaning it must be carefully managed by the group if you’re all to win.

To toughen things, if you’re playing in the campaign mode, the Endurance deck gradually depletes between missions – hence the value of those supply missions mentioned earlier. And Hazards also complicate matters. If revealed (and many character actions require revealing the Endurance deck’s top card), they instantly hit you with something nasty, such as a negative condition you may have to cope with for the rest of the mission.

Then there’s the combat itself. Haught keeps this swift and simple, albeit irksomely reliant on dice rolls. True to the film, the xenomorphs are pretty easy to kill (one hit and they’re down), but they are still deadly. They come in swarms (represented by a stack of tokens under each Alien mini, which only makes them easier to topple over) and, when they take their turn during the end-of-round Alien Phase, they have a one-in-10 chance of killing an adjacent character outright, unless a piece of equipped armour allows you a last-moment save.

It’s tellingly upsetting to lose someone, especially if your chosen character is a favourite from the film (Hicks, Hudson or Vasquez, for example). But at least you can carry on playing, with each fireteam including a number of NPC “Grunts” whose character cards can be flipped over to their “Hero” side, giving them extra abilities to bring to the fight.

It’s obviously expecting too much of an Aliens game for it to match the genius of James Cameron’s 1986 movie. Another Glorious Day in the Corps and its expansions are by no means an equivalent masterpiece on the tabletop. As the xenomorph onslaught keeps coming, all the dice rolling can become tiresome, while the rulebook could do with some revision to eliminate vagueness in certain areas (such as the precise way the pulse rifle’s full-auto feature works). But if you are a true fan of the film, you will find there is more to enjoy here than to forgive.

A solidly implemented, if slightly flawed, co-op survival simulation of a timeless action movie. Downgrade to a ‘Maybe’ if you don’t like assembling miniatures, or resent feeling compelled to buy expansions.

TRY THIS IF YOU LIKED SPACE HULK…

After all, the classic Games Workshop big-tech bug hunt was their own answer to James Cameron’s movie.

ANOTHER GLORIOUS DAY IN THE CORPS (Core set, £50) 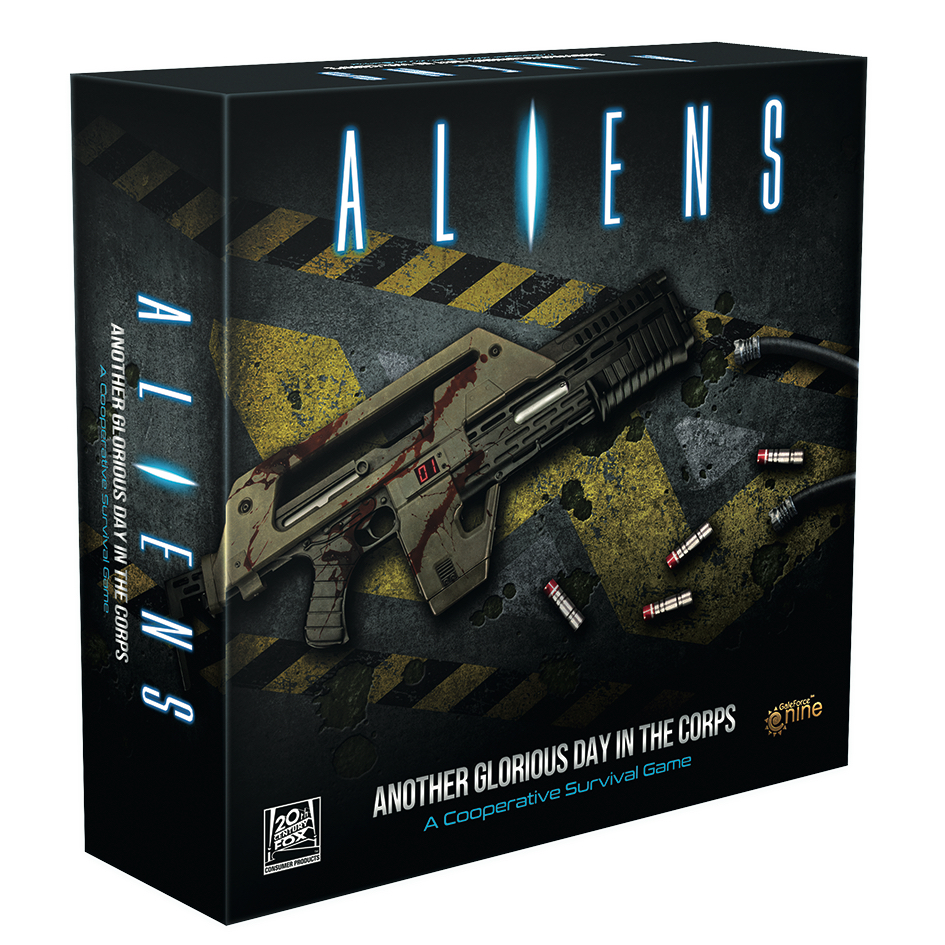 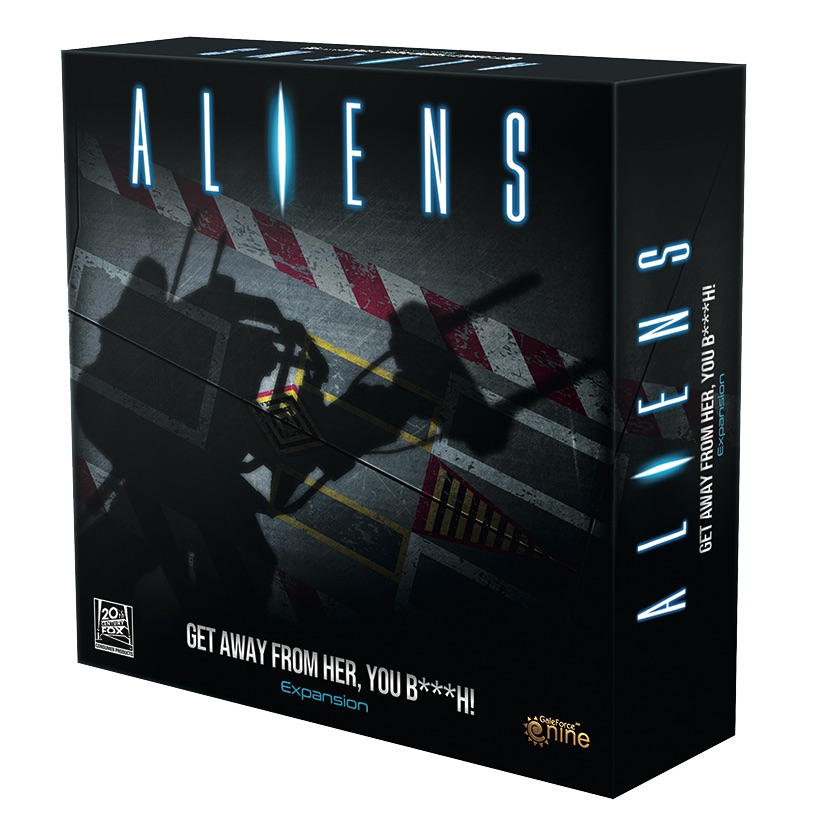 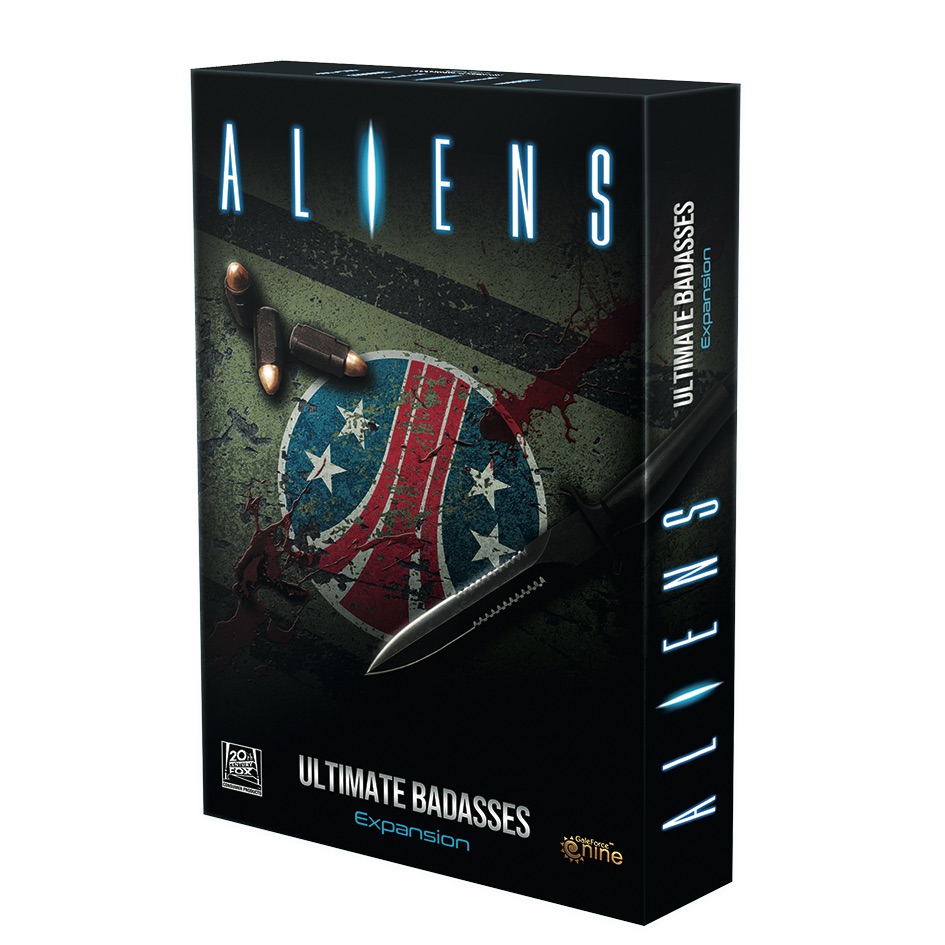