Paint me a Halfling: Assembling and Painting your Wargames Atlantic Halflings 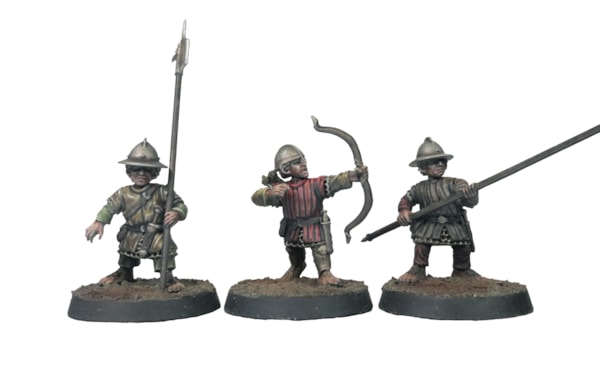 Words and Pictures by Pete The Wargamer

Ah halflings... when they’re not drinking cider, smoking their pipes or snoozing under the cool shade of a tree, these little dumplings are taking up arms and beating seven shades of sugar out of 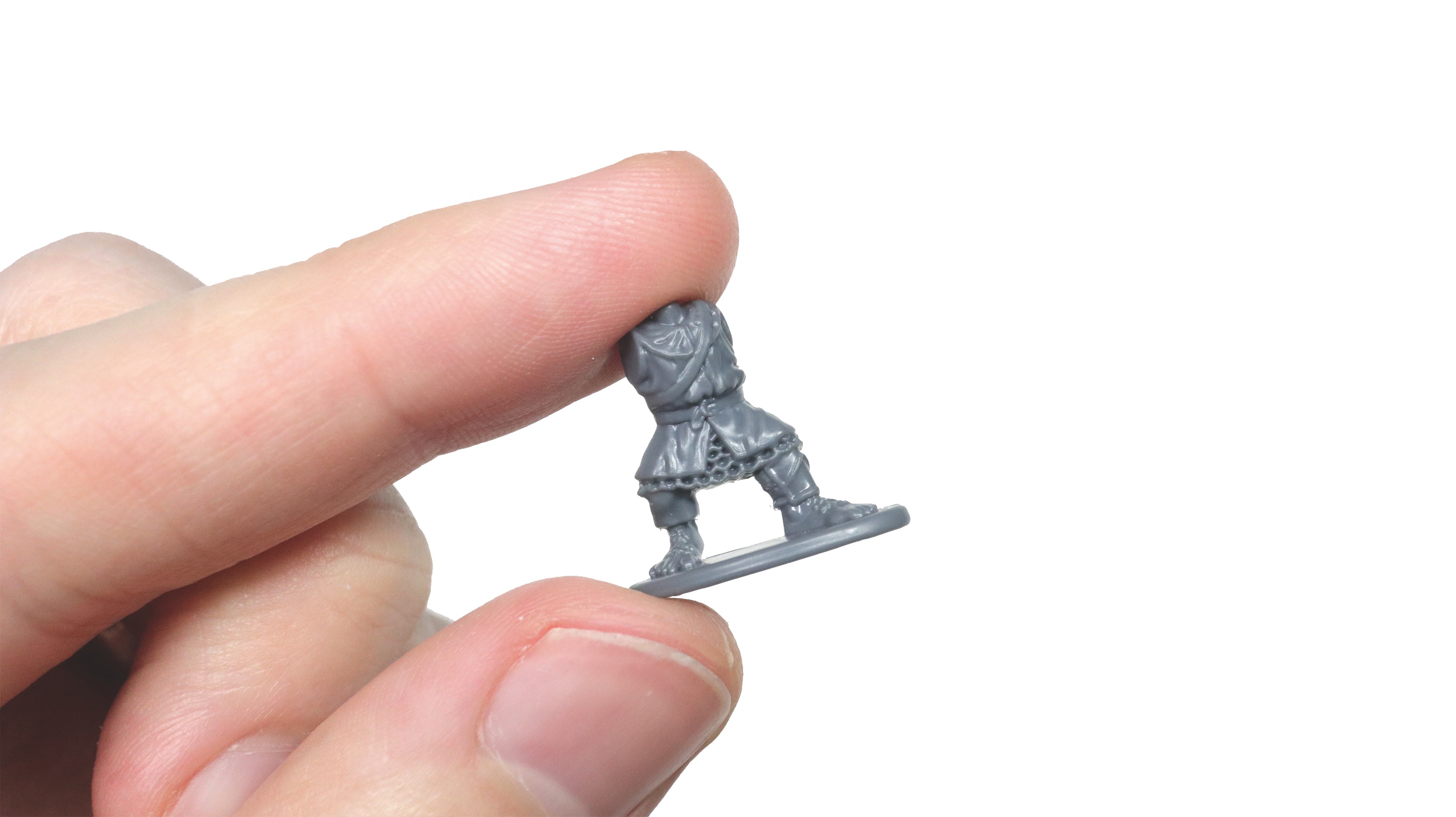 anyone who dared to interrupt their second breakfast. Now normally, my preferred environment is YouTube but I’m here to put a figurative pen to paper to review some of these half-pint warriors. Specifically, those from the Halfling Militia Kit by Wargames Atlantic.

WHAT DO YOU GET?

The boxed set contains 40 multi-part hard plastic halflings which have a retail price of £25. That’s about £1.60 per halfling which, by wargaming standards, is pretty cheap. But cheap isn’t the only thing you need to consider when picking up a model kit.

So we first need to look at the actual contents. What we are given on each of the eight sprues are five halflings bodies, two poleaxes, two spears, two bows, two slings and 15 heads which includes specific items for constructing command options. All the bodies will work with all of the heads and arms in the set meaning that you can easily mix and match the components, should you wish to.

Looking at the bare plastic itself, we can see that the quality of the sculpts is quite nice, we have crisp details without the shallowness that 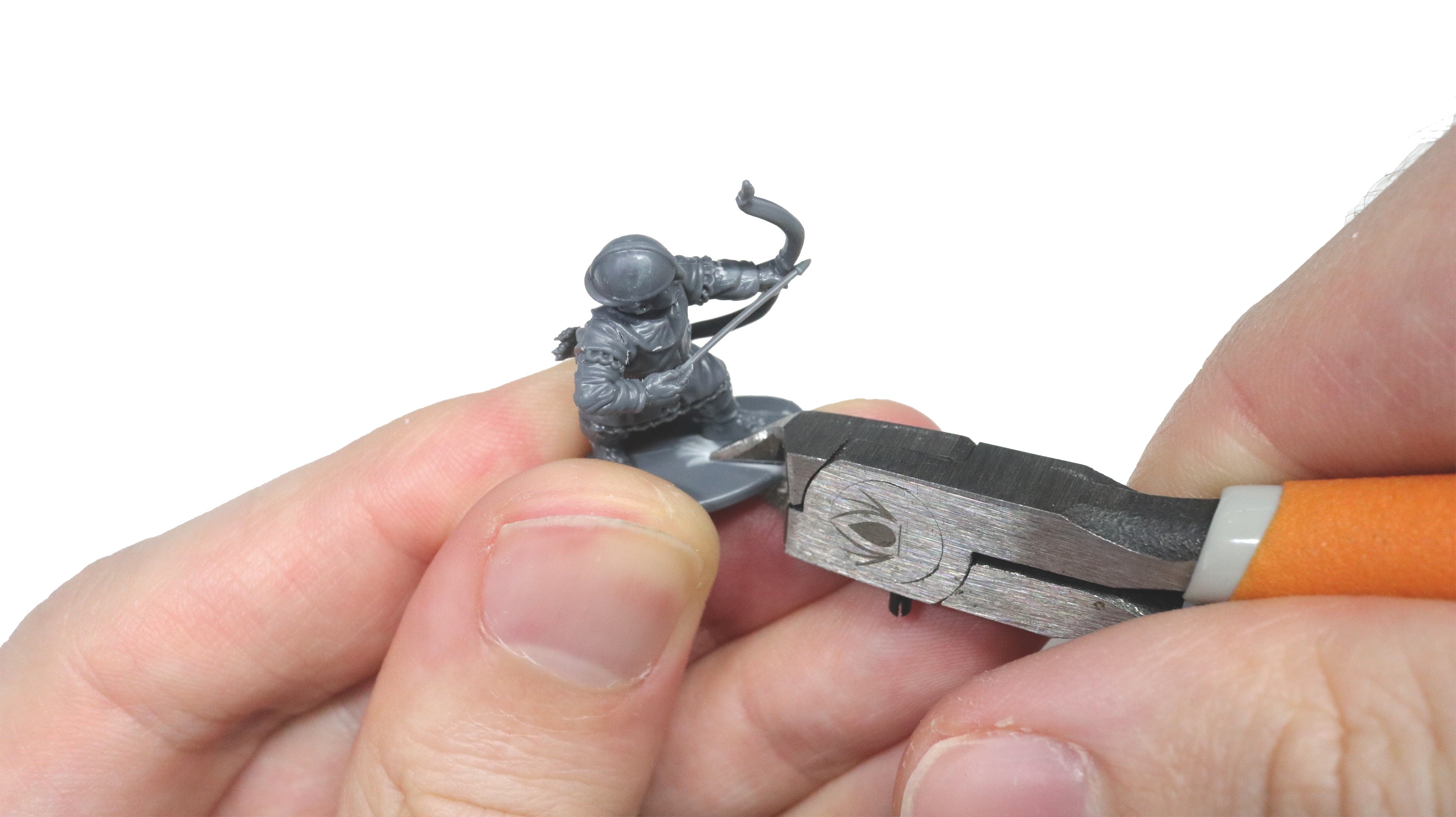 often appears on some cheaper kits. The proportions look good too. These halflings don’t have the comically oversized hands or facial features that many other representations of fantasy miniatures favour.

Due to how the models are distributed across their components, assembly is pretty straightforward. The torso and legs are a single piece with flat, decently sized contact points for the arms and the head. As a result all the components fit together without much fiddling so the set can be constructed pretty quickly.

However I always find that the true test of a model’s appearance is how good it looks with an average paint job. Sure, the painted models on the box are always going to look great because they’re painted by the pros but how do they look after we slap some Citadel Contrast Paint and some quick highlights on them? 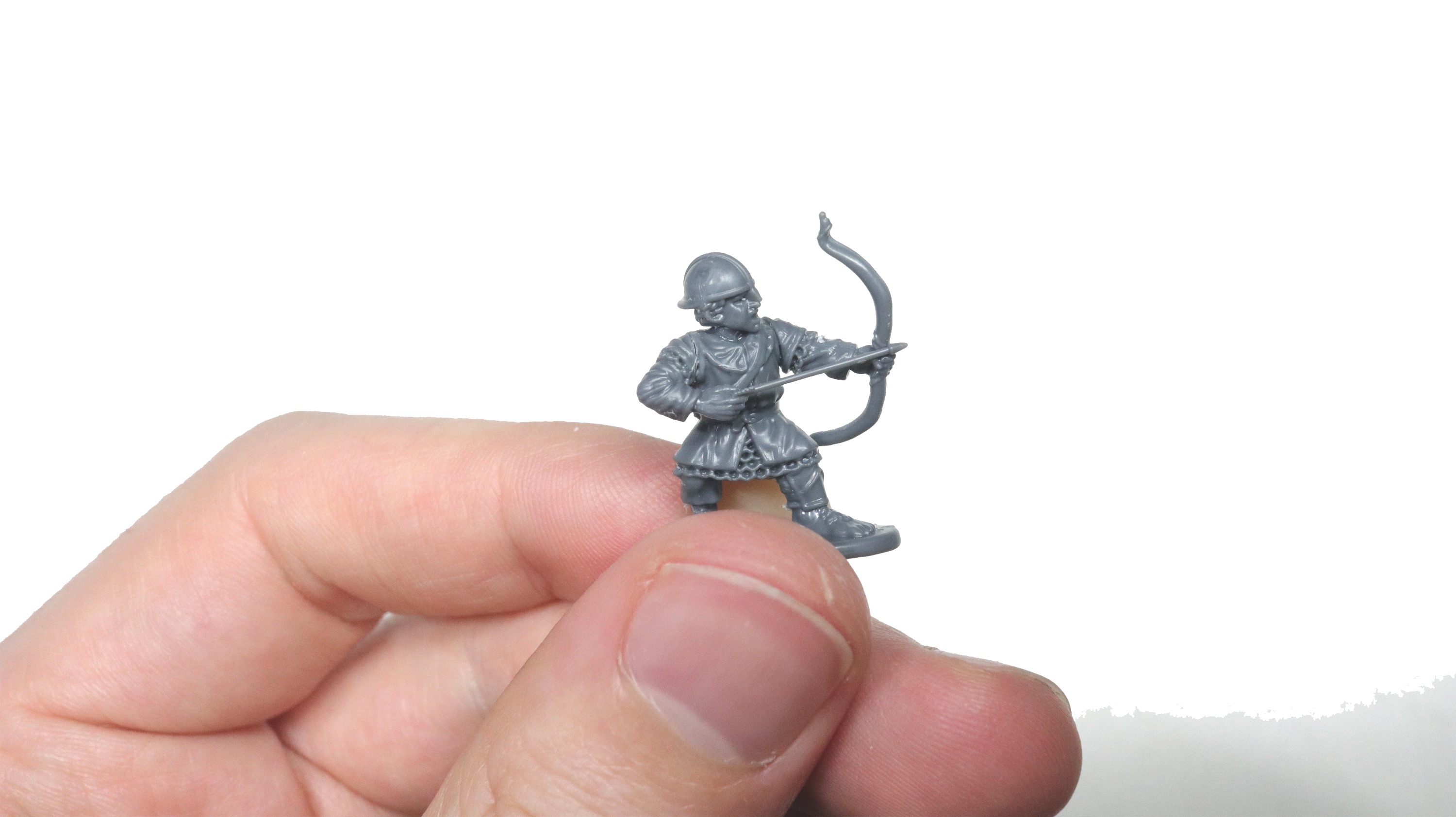 I began with a basic zenithal shaded model made up of a dark brown primer with some Citadel Wraithbone lightly sprayed over the top of them. I then used various contrast paints over each of the areas on the model with the exception of some Citadel Leadbelcher for the metal parts.

The results were some pretty gritty looking halflings which I was really pleased with. I didn’t need to go crazy with the highlights to make the details stand out as I found that the washes added enough depth on their own. It took me less than an hour to fully paint three Halflings and I could probably have shaved down the time per model even further if I had increased the batch size. In short, you could easily build and paint a whole box of these guys to a reasonable standard over a good weekend of hobby time. (This can all be seen in some detail in Pete's YouTube clip that I took some of these screen grabs from. Go to https://youtu.be/gefgDDba28A. Ed.) 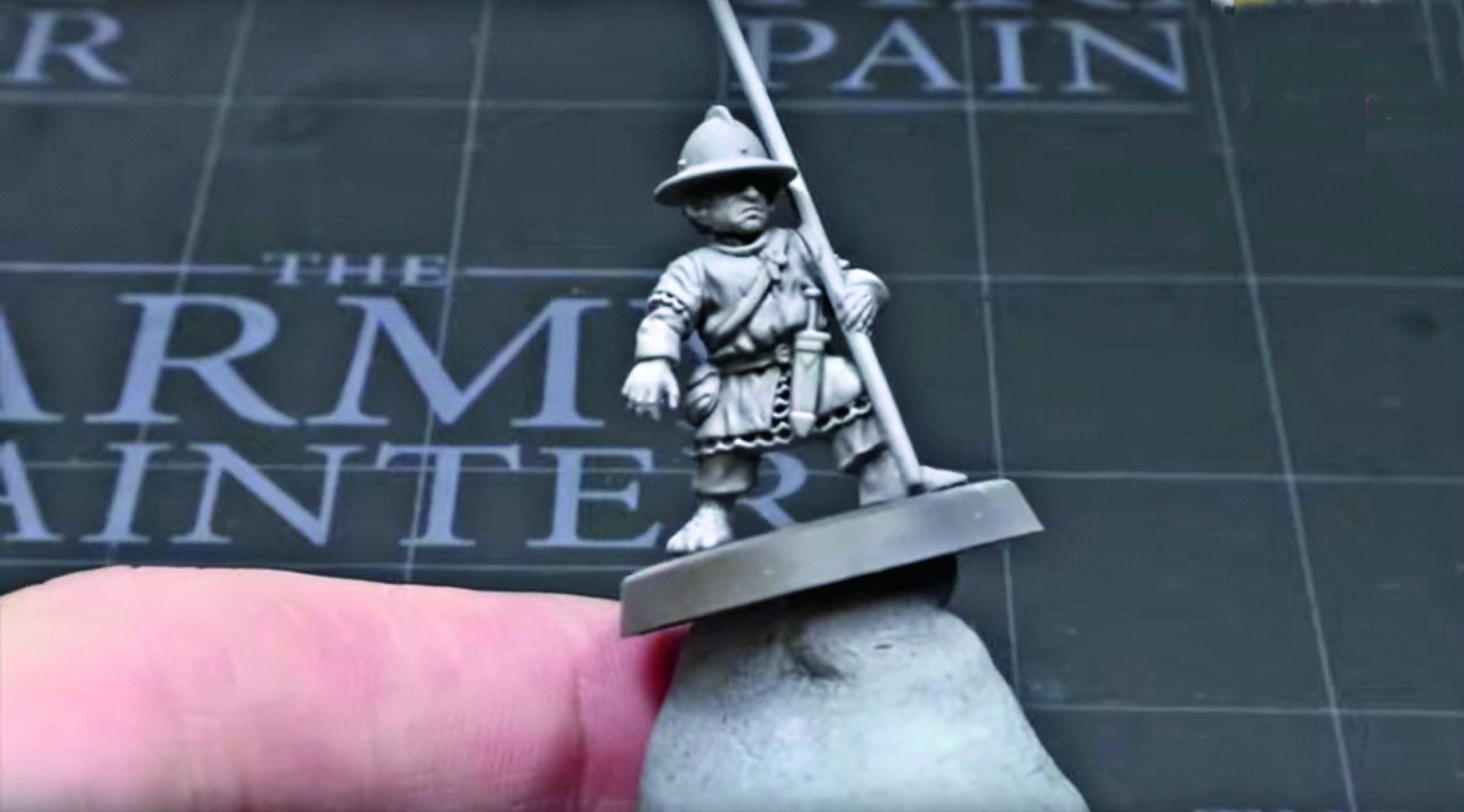 So far I’ve established that the kit is good value and that it takes paint well but I think that it’s biggest strength is that it is generic. Wargames Atlantic is affiliated not with a particular gaming system so they’re easy to use as proxies for many other games. After first seeing these guys I immediately thought that they would make for some excellent snack-size proxies for an Age of Sigmar, Cities Of Sigmar army, replacing the old Empire units specifically. A whole force of these pot bellied warriors would be as equally impressive as it was hilarious.

But you could also find a use for them in Mantic Games Kings Of War, Warlord Games Warlords of Erehwon, Frostgrave, D&D and many numerous other miniature wargaming systems (like Oathmark – see my thoughts on this! Ed.) 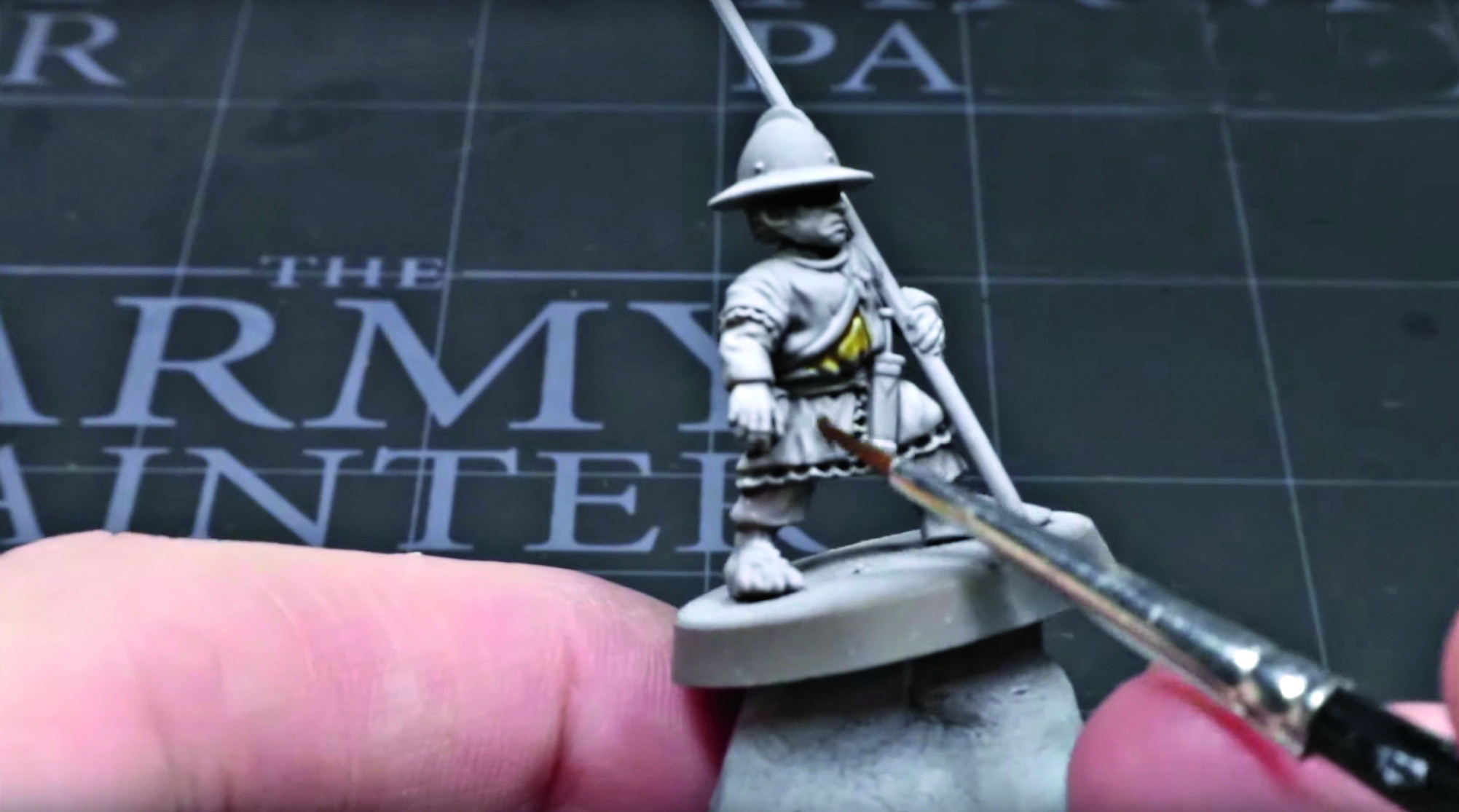 Put simply, they’re as versatile as hell. Combine that with the very reasonable price point and the good level of detail and you’ve got yourself a very lucrative kit. However it’s not all thumbs up and sunshine. There are a couple of drawbacks to the kit: a lack of hand weapons and shields reduces how easily you can use them as proxies. Additionally, only having two of each option per kit does mean you’ll get a maximum of 18 of each option per boxed set.

Also, the kit doesn’t come with any bases, we are just given roughly oval shapes sculpted to the feet. This 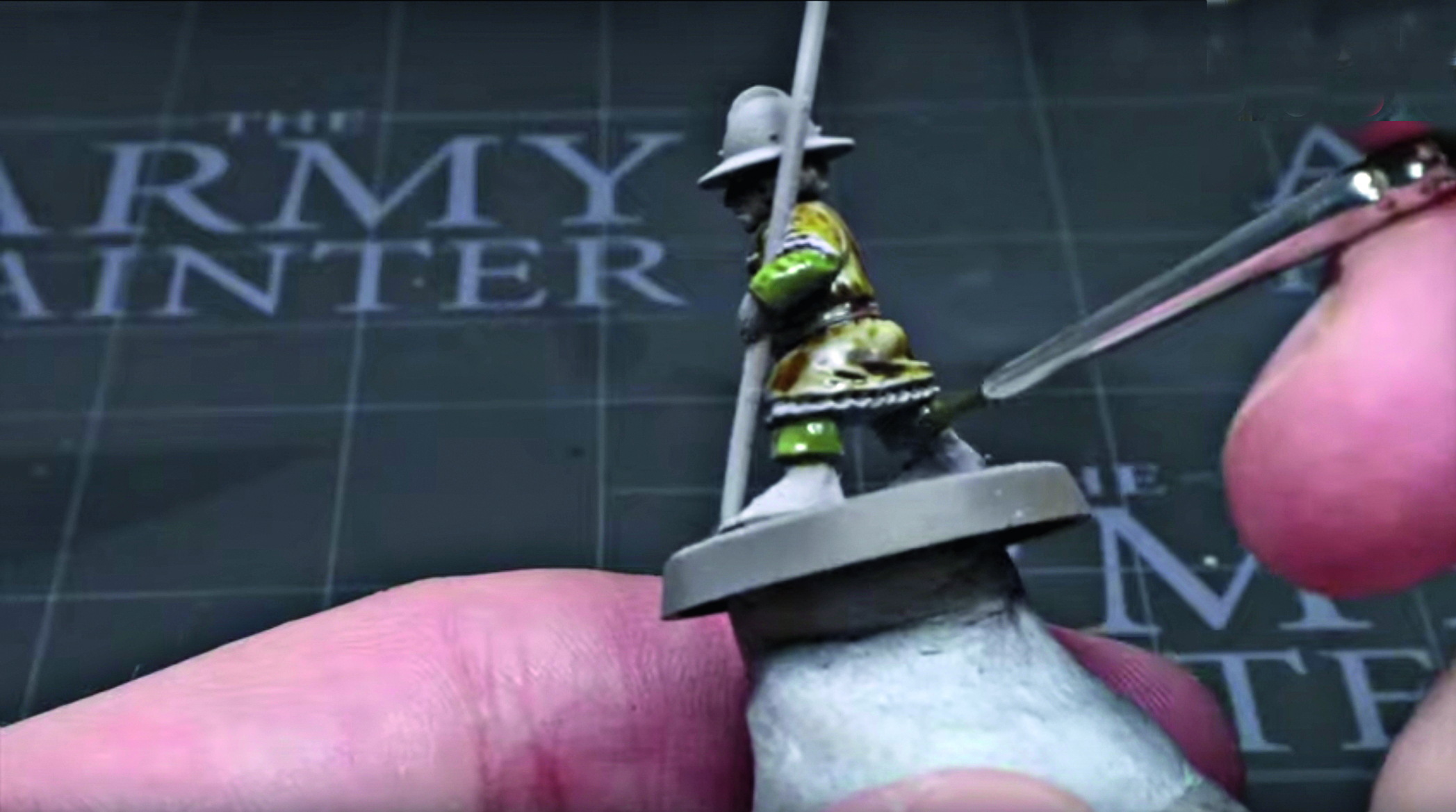 means that you will have to provide your own bases and clip away that oval piece or smoothing it out with some putty. They’re not huge drawbacks but they should be factored in when you’re calculating how much the kit costs and how much time it will take to build.

But overall it’s a great kit that could be put to some great uses across any number of different systems. Wargames Atlantic’s fantasy range is set to expand and it’s definitely something I’m really looking forward to seeing more of in the future.