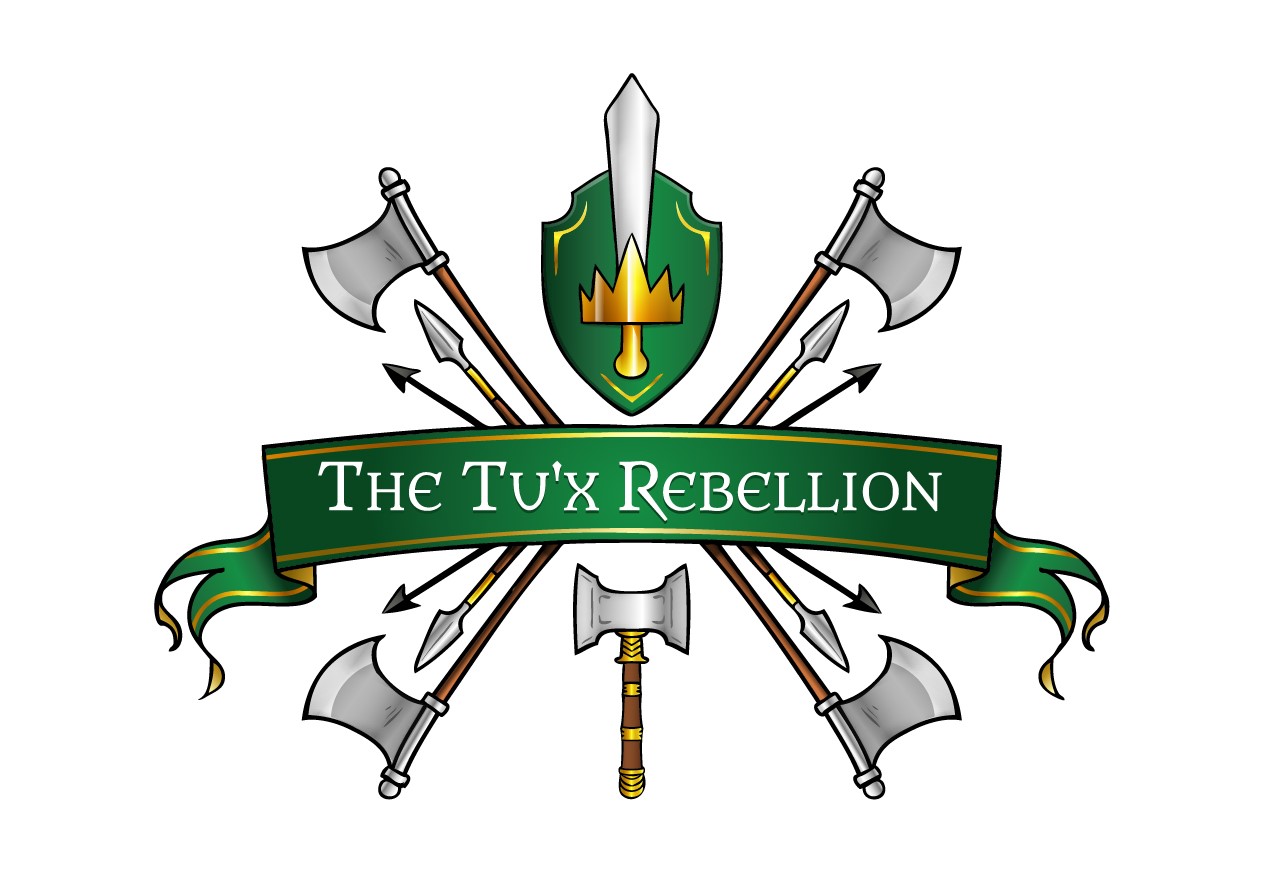 What is the Tu'x Rebellion?

The Tu'x Rebellion is a cooperative/competitive Medieval Fantasy War Strategy game for 2-4 players. Each player takes on the role of a Noble House fighting for the King, gaining favor by winning battles and proving themselves worthy administrators in the midst of a Civil War. Players work together to overcome the rebels while competing to earn the most favor from the throne.

Key Features
Factions
A lot of veteran board/video game players will already be somewhat familiar with the idea of ‘factions’ and what that means. In the Tu’x Rebellion players will pick from one of four houses to play as during the campaign (House Kel, Lotan, Shobal, or the 7th Corps). These factions all have different strengths and weaknesses which will drive your gameplay experience. Even different combinations of these houses can make for very different playthroughs.

Details about these factions are coming soon! They will be posted on Facebook and discord so keep watch and join the Maniple.

Base Building:
This is another key feature of war strategy games and paces the game from straight forward choices to more complex as the player builds up their lands. Buildings are separated into three categories: Resource, Military, and Defense. Resource buildings bring in the material of war for both more buildings and more troops. Military buildings give the player access to a variety of Infantry, Ranged, and Cavalry troops to bring into their army. Finally, defensive buildings are used to protect both your income and military from events that might happen within or from outside your lands.

Resources:
In the Tu’x Rebellion there are four types of resources: Coin, Wood, Metal, Stone. Coin is used for everything in the game, both troops and buildings require it. Wood is primarily used for Ranged focused military units and buildings. Metal in the early game is the used primarily by Infantry but later on becomes more heavily used by everything. Stone is primarily used by buildings throughout mid to late game.

Army Recruiting:
Players will be allowed to recruit their own standing army to wage war against the rebels. What that army looks like, who is recruited first, what combinations are present, is up to the individual player. These choices are further augmented by faction choice. As the game goes on more choices and combinations will become available to the players.

Political intrigue:
Internal and External events can have a big impact on the game. Internal events represent things going on inside the players lands and can be both good and bad. External events represent politically what houses can do to each other and outside help that can be offered to bolster failing allies. This normally occurs throughout a game round. Each round is divided into phases; draw, build, conflict and discard. Details on this will be a focus of a future blog.

Battles:
If you look at raw time spent; players will be spending most of their time fighting battles against the rebel armies as they crash against the loyalist houses. These battles can be small or very large, also if there are enough players you could have more than one battle going on Simultaneously. One round of battle is split into the: Set up, Draw, Infantry, Ranged, Cavalry, Movement and Discard phases. Details on this will be a focus of a future blog.

You win by reaching a certain threshold of favor with the King. There will be different campaign lengths so players can choose how long a campaign could last. Also, this constantly shifting favor value creates a constantly shifting web of alliances between the players. Players who are farther behind tend to pool their resources into groups and keep the lead player out so they can catch up.

Everyone loses if the players are defeated twice in battle or any player loses all the troops. This will encourage players to help those who have fallen behind.

All of these features and mechanics combine together to make a robust war strategy game set in a new medieval fantasy world. Command large armies in battles, oversee your lands, and earn the Kings favor all the while your fellow players are doing just the same. Prove your house’s power surpasses all others.