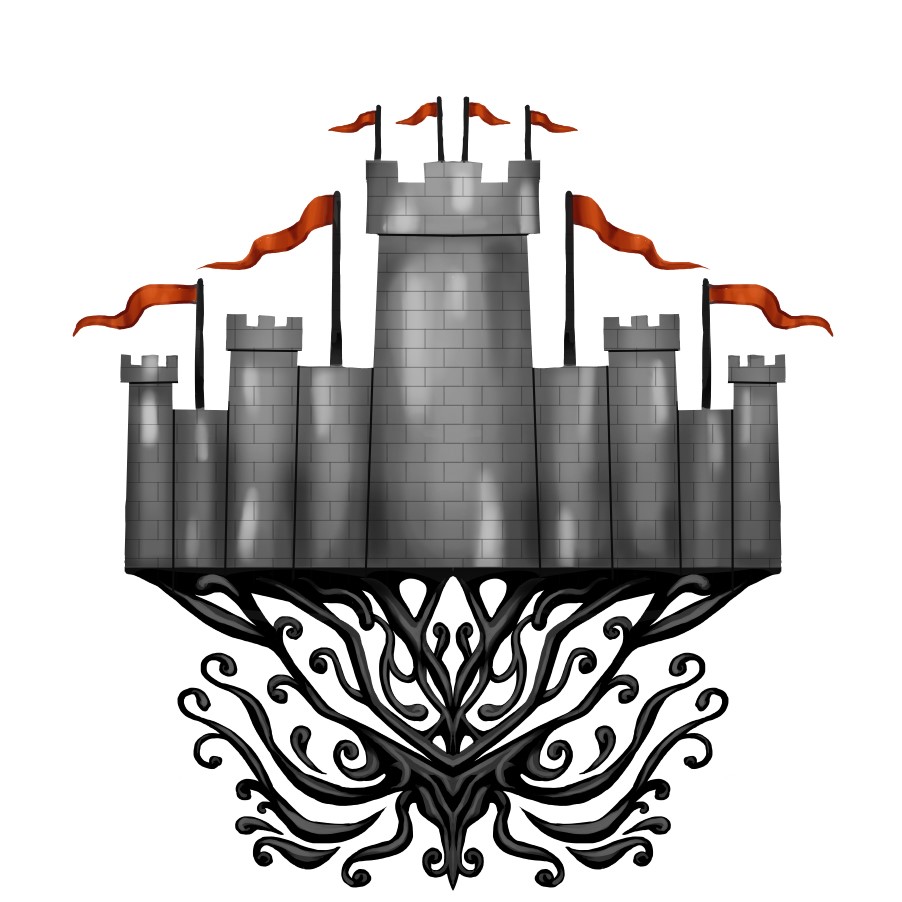 Who is House Lotan?
Similarly, to House Kel, House Lotan was founded on the order of King Ithamar. The man picked to be the founding lord was Gartel Lotan. One of the leading military advisors for the King and his knights, he was a solid mountain of a man but had a striking genius when it came to defensive fortifications that even the Dwarves praise to modern day. His assigned duty was the defense of the southern shores of the Bay of Ithamar. The fortifications that he put in place still stand. Fortress Dawnstride and Hightower Bastion are two key fortress complexes that still bare his genius, though they have been modernized. The capital city of Lotan, Citadel Maleth, is the second largest fortification on the continent and the jewel of the house. The dizzying number of redoubts, casemates, archery galleries, redundant systems, fallback positions, dead ends, overlapping fire zones, sally points, bastions, and underground resupply capacity still confound even House Kel in truly understanding how to overcome them. Lotan lands are dotted with fortifications of varying size and design, making any invasion a deadly grind that could break anyone’s resolve.

The military tradition in Lotan stems from a still held oath Gartel gave King Ithamar. He and all his family, retainers, and lands will serve in defense and succor of the Kingdom and King. This single-minded loyalty to the people as well as the King has had more noble houses join House Lotan as retainers than any other, swelling the ranks and strength of Lotan. When not at war Lotan is building roads, bridges, storehouses which form the very life-giving veins of infrastructure the island enjoys today. These are designed by Lotan Engineers and built by reserve Lotan troops. Once finished most are loath to take on the daunting task of decommissioning any Lotan structures for near any reason.

Strengths: Lotan units are some of the best armored troops in the game fielding some of the highest troop strength numbers. With well-timed weapon swaps they can also deal out some damage. Lotan also is the only one that can place battlefield defensive structures to further increase survivability.

Weakness: Being a mostly defensive house they lack anything special in ranged troops and completely lack access to cavalry. Also, if weapon swap is timed poorly all those defenses won’t count for anything. Favor management is also critical because Lotan, in general, don’t kill enemy units in battles.

House trait, “Weapon Swap”, unit replaces shield and Warhammer, with a two-handed battle hammer. Defense and Attack values are swapped. Once the swap happens the unit cannot switch back.

In tier one, players have access to two infantry units: 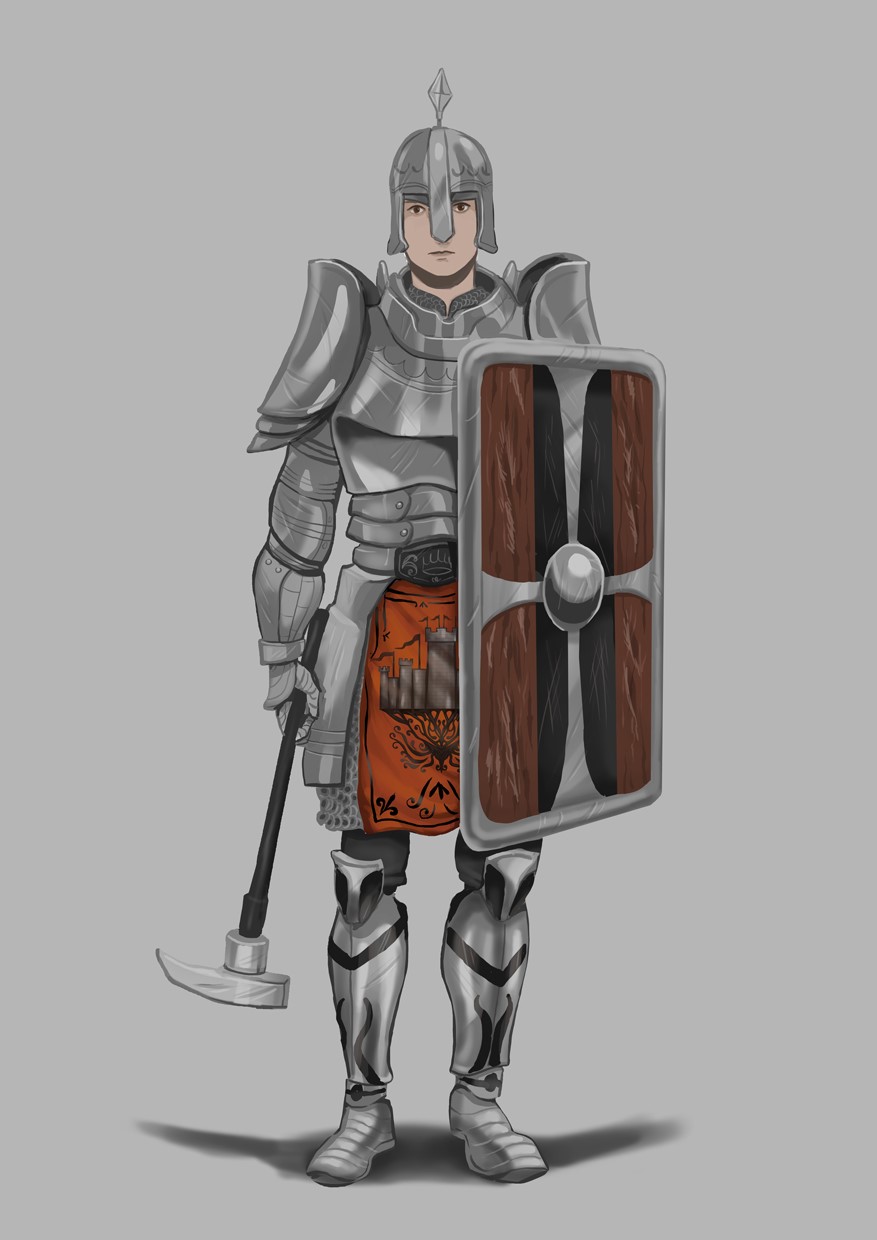 Lotan Guard: This unit has the best defense in tier 1. The ability ‘Warhammer’ that can, over the course of battle, lower both attack and defense of enemy units. 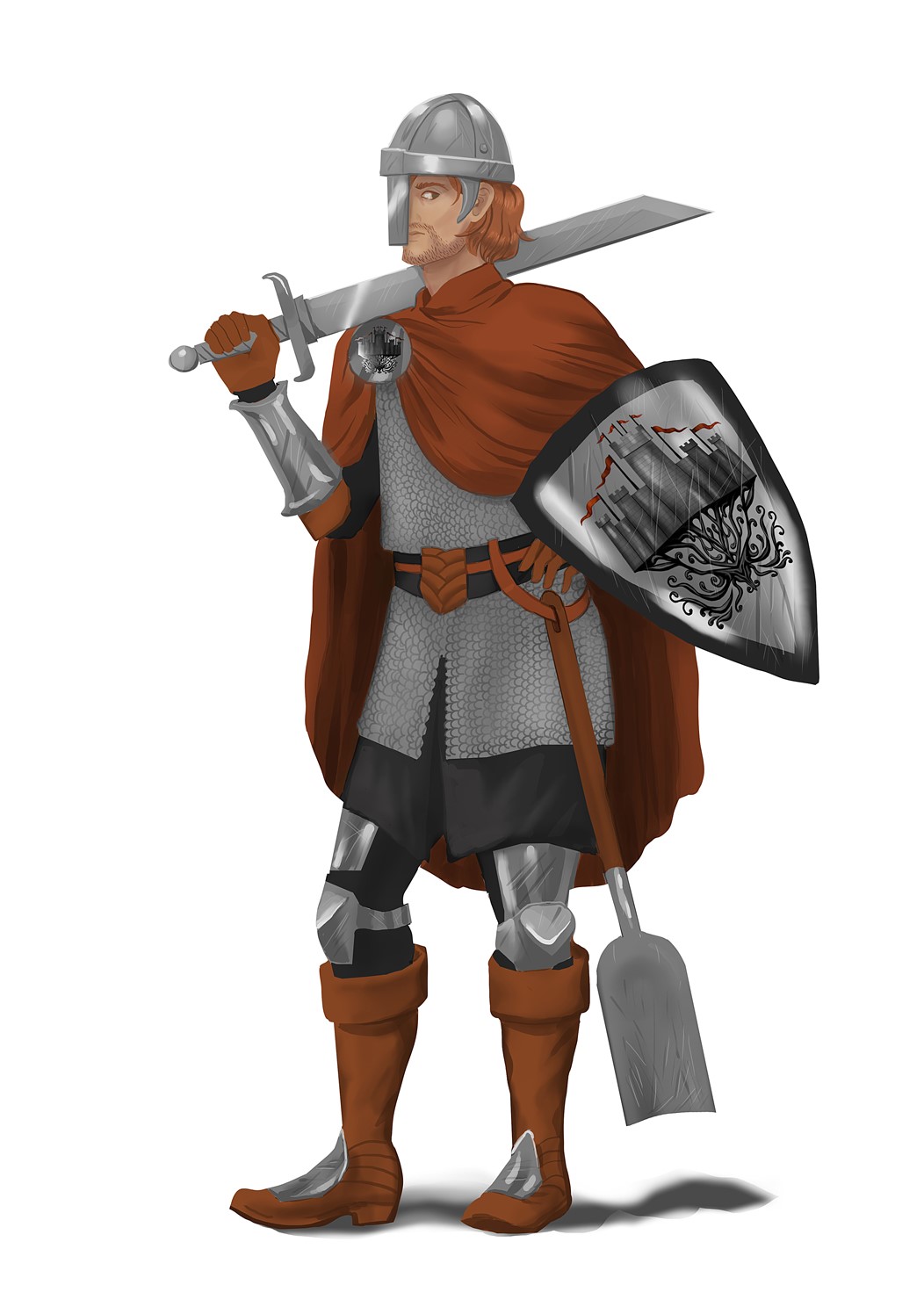 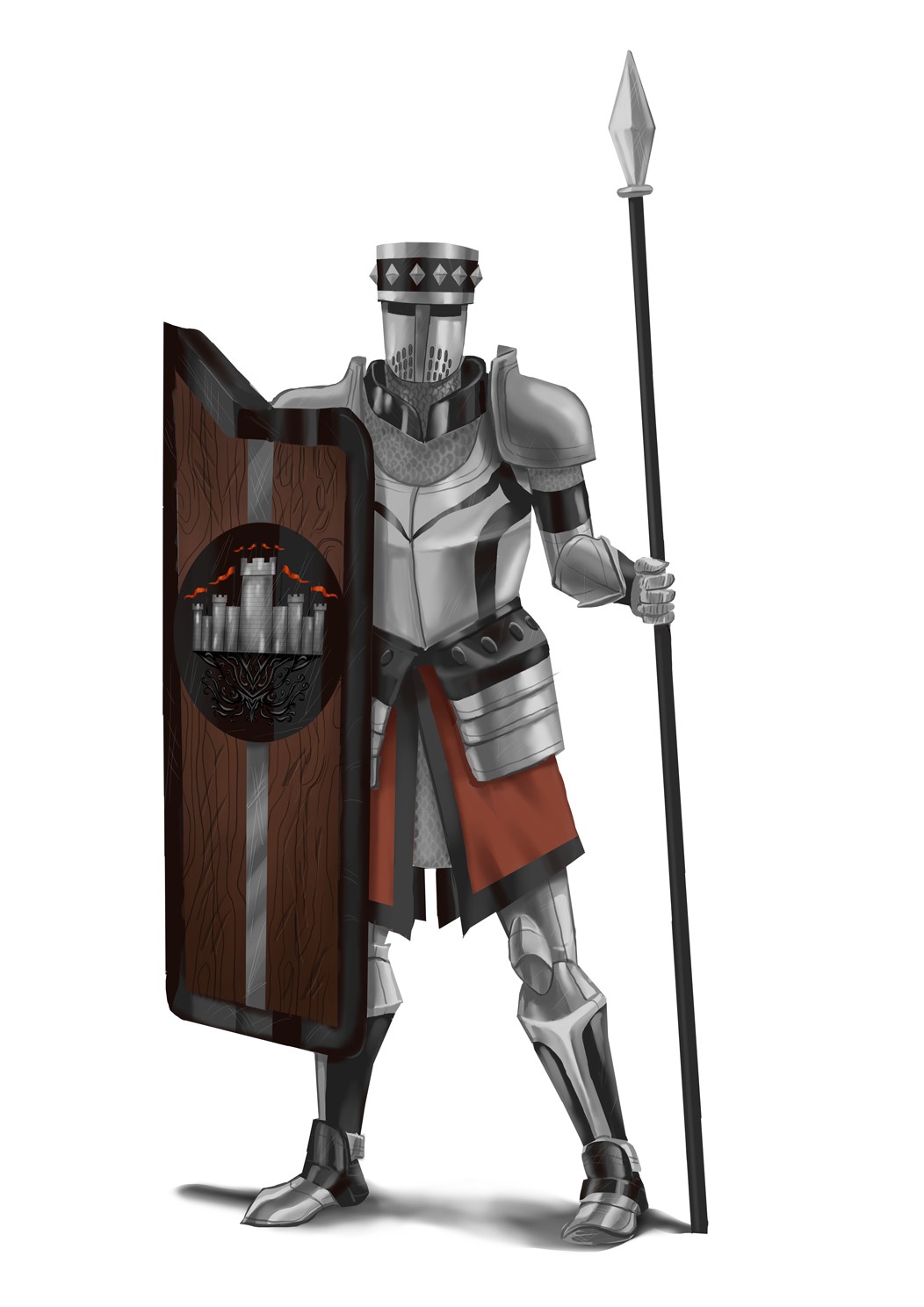 Retainer Guard: This unit is well armored and can have a deadly counter strike. ‘Shield Wall’ can help this unit shrug off heavy ranged attacks. ‘Spear Tactics’ can be used to devastating effect to counter even the worst enemy attack. 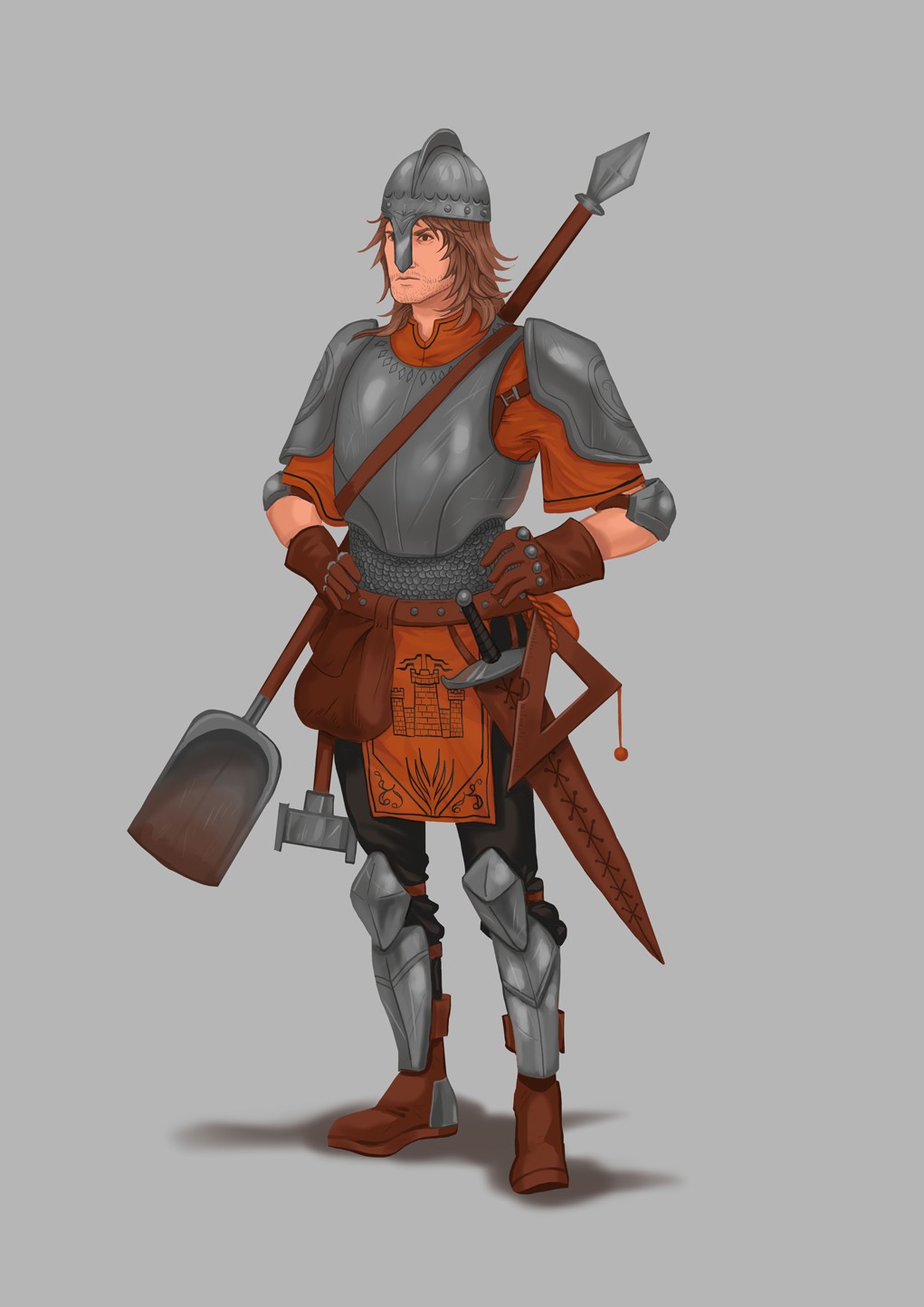 Battle Engineers: This unit can change the battlefield with defensive structures. ‘Fighting Position’ is places on the flanks of the army and can be maned with troops giving them extra defensive and offensive bonuses. ‘Static Position’ can be placed in a flank to hinder enemy troop movement and holding off attacks on the main body of the army. 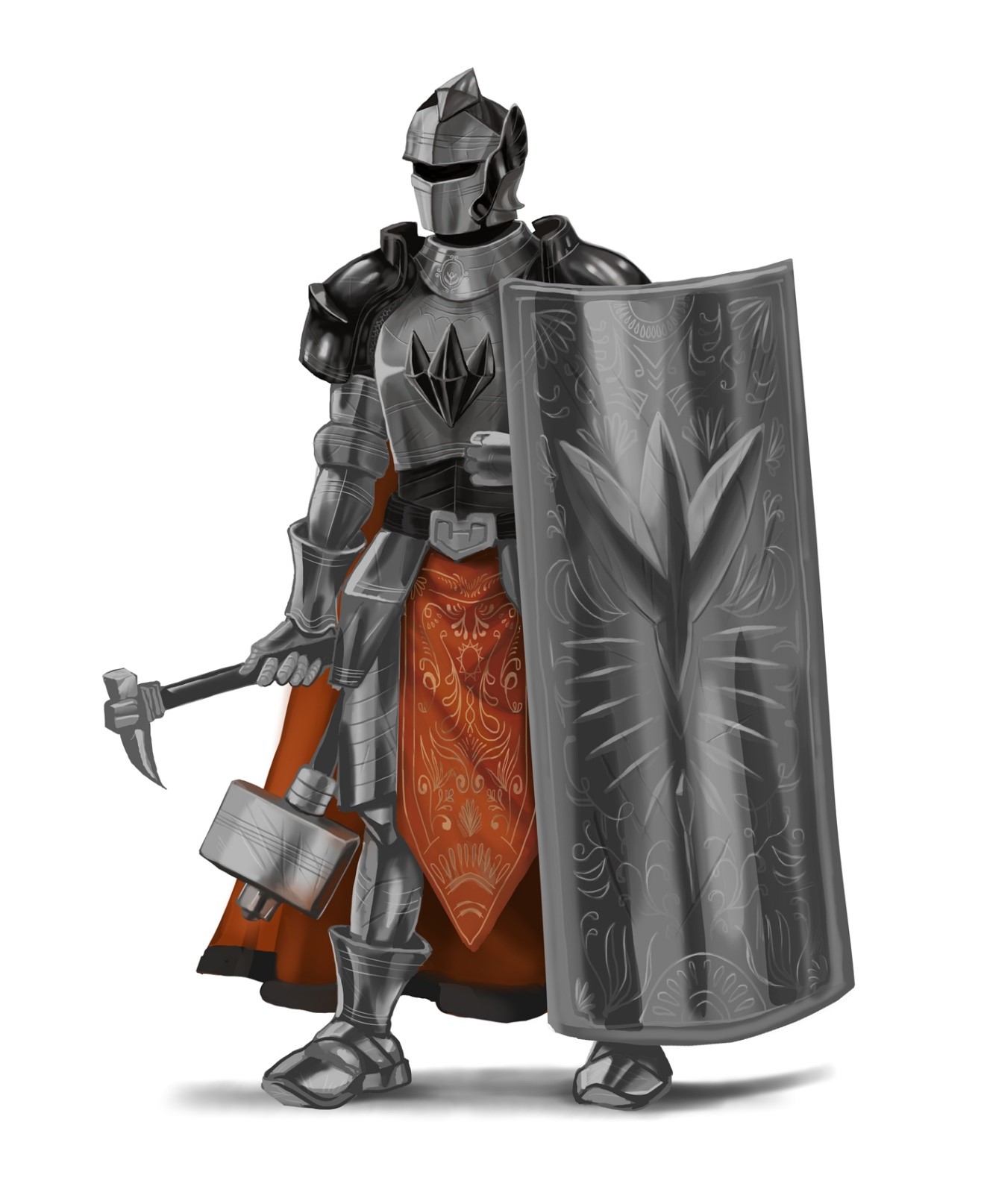 Tower Guard: This unit is one of the most heavily armored units in the game. It benefits from 'Warhammer’ and a special formation. ‘Formation Citadel’ this ability allows the unit to ignore one attack, and make a steel fortress of shields on the battlefield. Units from House Shobal then move into this formation combining, their troop strength, and combat cards. 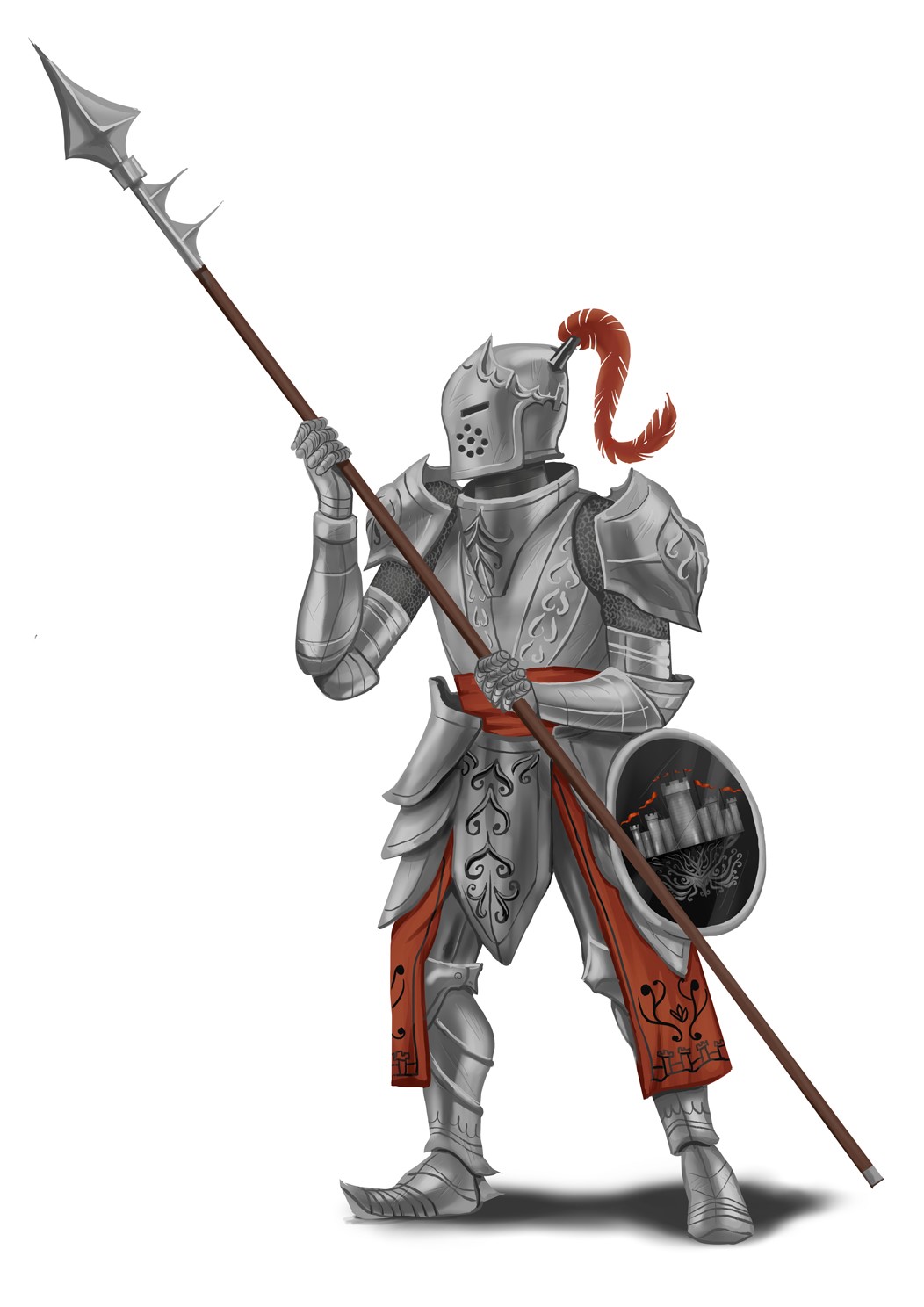 Pike Guard: This unit is one of the deadliest to cavalry. ‘Spearwall +5’ when applied to enemy cavalry makes the lowest attacking unit in the game into a deadly foe.