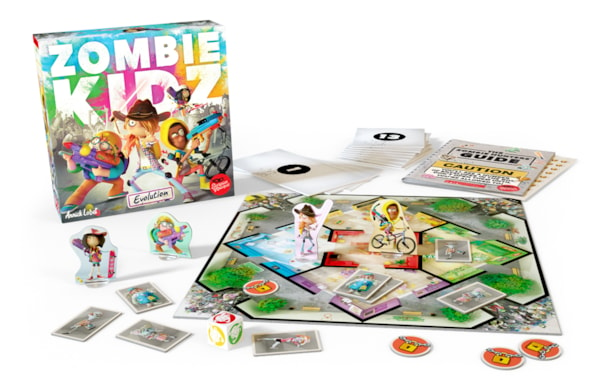 the kidz are alright

First released in 2013, Zombie Kidz has been around in some form for a little while. This version, Zombie Kidz Evolution is an attempt to bring legacy style gameplay to the seven-and-up bracket – and all in 15 minutes of gameplay.

For those unfamiliar, the game is about a group of Nickelodeonish looking cartoon children attempting to secure their school from the onslaught of the living dead. Why do the zombies want to get into the school? Brains, of course. These shuffling zombies spawn into each room after the roll of the die which contains one, merciful, blank side. Conflict is resolved by simply being in the room with a zombie – although you can’t clear and move. Once you’ve cleared zombies from the outer gates, you can put a lock on it, which will stop the advancement of the vitality-disadvantaged. Lock down all four before you run out of zombies in the supply and you’ve won. Run out of zombies and you lose.

Simple stuff then, with a lot of good lessons about teamwork. The legacy element comes in with an ingenious ‘passport’ that the owner of the game should be carefully filling in as they play. They’re incentivized to do this by the missions, which include playing at different group numbers, or with rules modifications – and even more importantly a brain sticker to the back of the passport. When enough games have been played a new envelope can be opened which contains… more stickers. They’re not just any kind of sticker though: they slot into the passport-cum-rulebook and provide modifications to the way the game is played. This can be in the form of new powers for heroes, and rules like rolling multiple times on your turn, causing more zombies to appear. 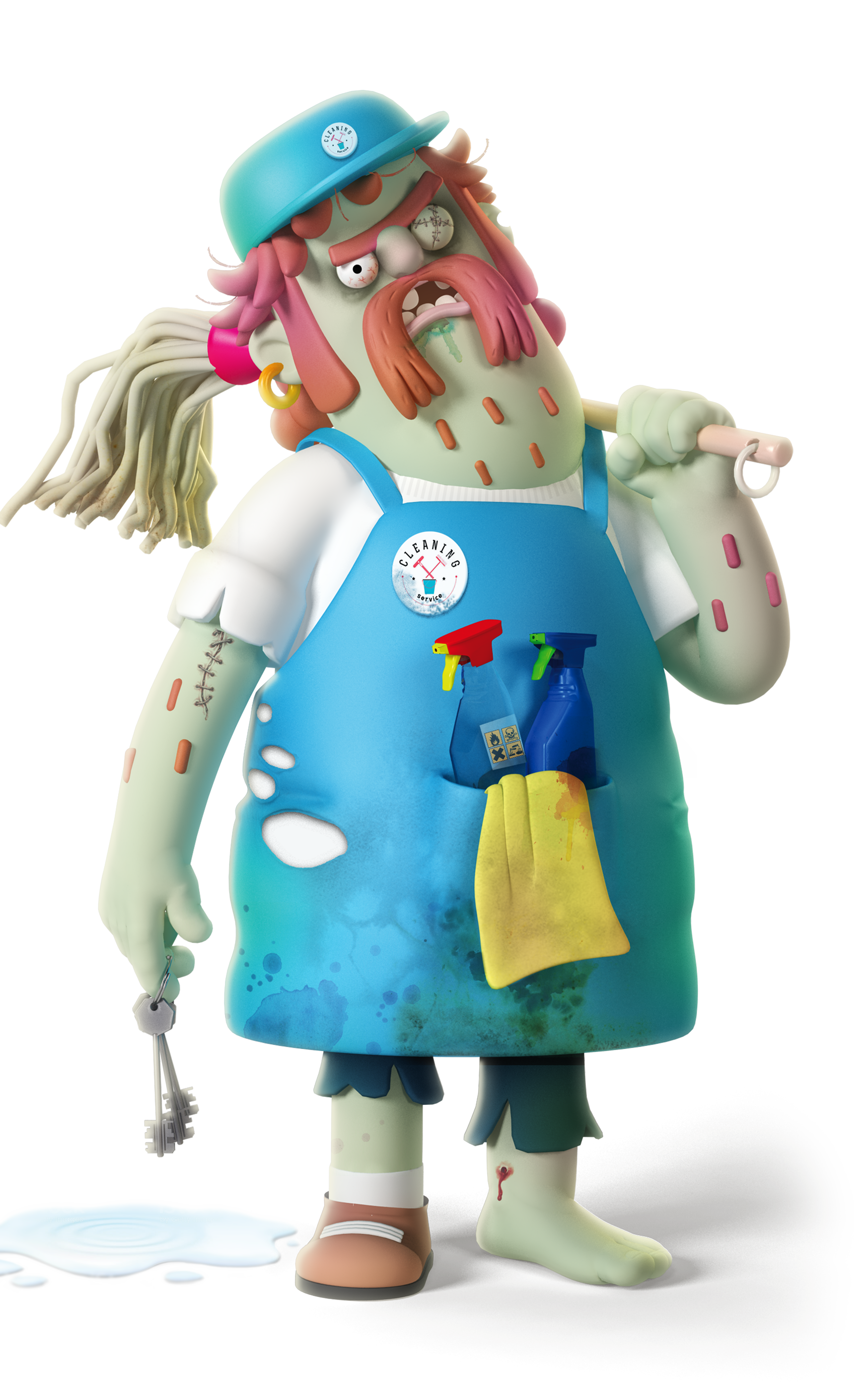 The videogame-style ‘achievements’ system is the beating heart of the experience. It’s hard to argue that opening a secret package is anything other than a direct pleasure, its one of the things that people cite as a joy Gloomhaven, and it’s equally as valid here, even if there’s a lot less plastic.

Later envelopes contain some really wild modifications, and in four player games, by the end, you’ll all have to work really hard to keep the zombies completely under control. And that is to say, the game is in no way easy. While the age bracket and simple rules are easy to grasp, it requires fully integrating all of the rules and powers you’ve unlocked into your playstyle.

This leads us to the main criticism, which is that the central dice rolling mechanic can feel a bit unfair to some players, and leave them a bit cold when they roll the game into an unwinnable scenario. It’s usually a lack of caution which leads to these situations, but it doesn’t necessarily feel like that.

For the most part though, the game is one about solving the board together. It can feel great to look at a board that you think you’re about to lose the game to, before another player smartly clicks together all the mechanics in their head and explains exactly what you have to do to survive. While not complex, the fun of opening the secret envelopes makes for a hugely engaging and replayable game.

A light legacy game for kids that, just like in a real zombie apocalypse, requires everyone around the table to work together to survive.

TRY THIS IF YOU LIKED... HORRIFIED

When it comes to family based area and monster management games, Horriﬁed feels like the next natural step on from Zombie Kidz: Evolution – although without the legacy element.