Roll your own city

This review is for the base game Era: Medieval Age. If you're looking for the expansion, Rivers & Roads, click here to read our review.

Era: Medieval Age is a civilisation game writ small, where you construct a settlement, constructing townhouses, churches, farms and hospitals while feeding your people and defending yourself from disasters and marauding opponents. You achieve this by rolling dice and collecting the resources shown. You can reroll a limited number of times, but each time a die shows a skull, that die ‘locks’ in place. The more skulls you roll, the graver the disaster that befalls you – or, occasionally, your opponents.

Era has an impressive table presence. Even before you start, players are going to be picking up little ramparts and buildings and slotting them into the pegboard. Indeed, the first thing you have to do when the game begins is construct your settlement, placing walls, turrets and longhouses behind their player screen. Immediately you’re personalising your setup, making choices which help you feel invested.

What constitutes good or completely unworkable starting placements is a bit tricky for first-time players to figure out, but basically you’re setting your own difficulty level. At the end of the game, buildings completely surrounded by walls are worth double, and the player with the longest continuous section of wall gets a handsome ten point bonus. During the game, they also protect buildings from attack and stop your opponents placing big scorched earth tiles within them, which block where you can build.

So maybe you should cram all your buildings into a tight space, making them easier to encircle? Well, you could, as long as you don’t care about public health. If you ever roll the ‘Disease’ disaster – pretty easy to do, since it only requires two skull results out of five dice – you take a penalty for each building that touches another. Build so widely you can’t fit a wall round them, and your buildings might get torn down by invaders instead.

Era is a strange hybrid. Sometimes it feels like you’re trying to pilot a Boeing 747, only instead of an instrument panel you’ve got a Whack-a-Mole machine. There are all these crunchy, fascinating strategic decisions about acquiring different buildings and dice, and where you place them, and how much you want to risk, and interactions with your opponents, but then your only control is your fistfuls of dice. Yes, you get rerolls and yes, as the game goes on the problems facing you are increasingly the result of earlier decisions you made, but there’s a weird disconnect between the weighty choices you’re asked to make in the name of your fledgling fiefdom and the frankly slapstick spectacle of your friend faceplanting into their third fire of the game when they desperately wanted some stone to build a hospital.

It’s not necessarily a flaw, but whereas, with Era’s kid brother, Roll Through The Ages, the luck rollercoaster soars and plunges over turns that last a matter of seconds, the thorny business of picking buildings and choosing where to place them, or resolving disasters against your opponents, adds a crucial bit of thinking time. Each roll feels more consequential, the decision space is wider, and all at once you’re playing a game with roll n’ write mechanics but the turn time of a midweight euro.

For some players, the 3D buildings and player screens will feel like polishing the silverware and lighting candles just to eat a fried egg bap. You can get that hit with smaller, simpler, cheaper titles, not least of which is Roll Through The Ages, which includes a nice ‘wonders’ system.

But on the other hand, for some groups – including mine – Era takes an already-enjoyable format and pushes it to the nth degree. Instead of scribbling on a private score sheet you’re constructing a settlement before your opponents’ eyes. Sure, your control is ultimately limited, but – as with Quacks of Quedlinburg – it’s fun to push your luck. 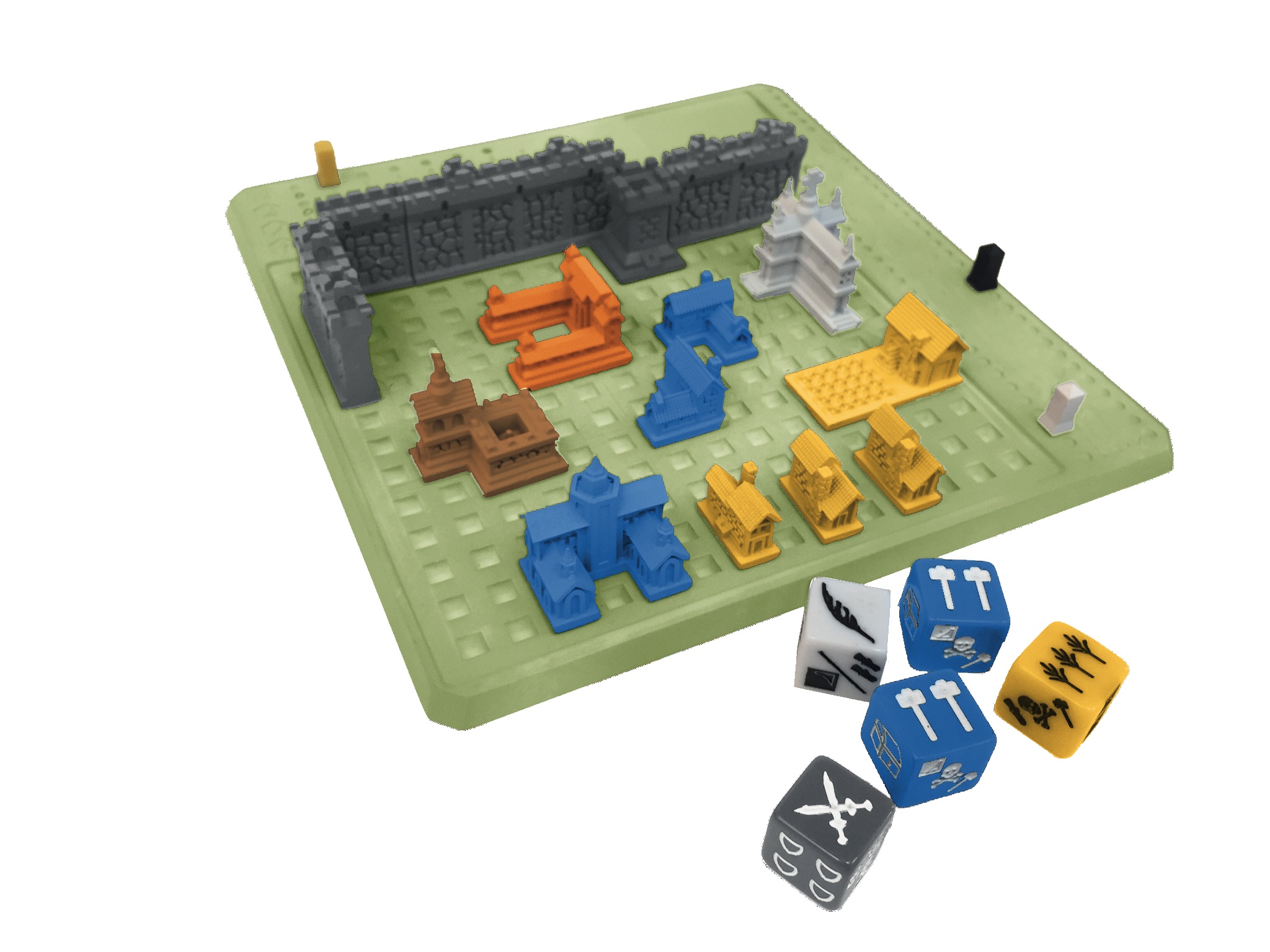 TRY THIS IF YOU LIKED Roll Through The Ages: Bronze Era

In Era, Matt Leacock takes the chassis of his go-kart-sized roll n write and sticks a jet engine in it. If the smaller version left you wanting more, you won’t be disappointed.

Like this? See our review for the expansion, Rivers & Roads, by clicking here.