Many blends make the perfect brew

Coffee trading is a complicated business. You must establish plantations in cooperatives around the world and be responsible for maintaining the high quality of the product and good working conditions for the plantation workers. You will need to decide which coffee to buy each turn, weighing the pros and cons of each potential purchase. It might be there is too much competition from other traders, resulting in little stock to share and so you will be better of spending your resources elsewhere. Finally, when you receive your tasty coffee beans, you must decide whether to use them to fulfil a contract or to send them to different coffee bars located around the world.

This is already quite a lot to think about and we are just getting started. Coffee Traders is a game that takes your breath away with how beautiful it looks on the gaming table. But with its several boards, hundreds of component pieces and symbology scattered across almost every game surface, you can’t help but wonder what you got yourself into.

This is a game with rules on top of rules, and those rules also have their own rules. Nothing to do but make a cup of coffee and get cosy with the rule book. Yet (and this is slighting exacerbated by ambiguous wording in the rulebook), the game won’t ‘click’ until you start playing. You need to feel how the game integrates all six gameplay phases together to understand its full flow and potential. The first playthrough serves primarily to learn the game, and on subsequent plays, you can begin to explore strategies and different play routes in full. Considering a single playthrough can last at least two hours, this is a tall task, but you won’t regret it.

Coffee Traders is an amalgamation of area control, resource management, contracts and action point mechanics, but you never think of them in these clinical terms because they are so seamlessly integrated with the game’s theme and logic. Every turn makes you feel like an actual coffee trader, making decisions that will grow your business, earn you success (in victory points) and increase your trade. When you understand the flow of the game, its numerous components and minute rules are no longer daunting, instead, they feel like opportunities. There are so many ways to achieve what you want that nothing ever feels impossible. Yet you also don’t feel overwhelmed because the game is divided into six contained phases that focus your attention on a set of particular tasks one at a time.

The competition in Coffee Traders never feels confrontational. The opponent may have blocked one route through plantation fields, but you have other paths to use too. Someone may have earned more coffee beans than you in a certain cooperative, but that is because they invested more resources in it initially, so this feels fair. For most of the game, players end up helping each other through a piggy-back mechanic, where you get to follow someone else’s action, or by sharing workers in a cooperative. Even the AI player, Andre (used in a two-player game), is more of a helper than an opponent. This doesn’t result in loss of the competitive edge but makes it a lot less cut-throat than games of a similar calibre.

The game is a coffee trading utopia, and the designers are mindful of it. They, for example, include a note about the cruel living conditions of Civets (these Asian cats digest and ferment beans that are then used to make one of the most expensive coffees in the world), asking players to be mindful of this when ordering this blend.

Coffee Traders is a love song to the traditions of coffee making, which shows in how tightly its theme is melded with its mechanics, creating a game both rich and indulgent.

It may be overwhelming at first, but Coffee Traders in a worthwhile investment of gaming time. Its rich both thematically and mechanically and remains competitive while encouraging semi-cooperation between players, resulting in fulfilling and satisfying gameplay.

TRY THIS IF YOU LIKED HOMEBREWERS

An interesting pattern can be observed with these beverage themed games as both Homebrewers and Coffee Traders are both encouraging of player cooperation and sharing, rather than cutthroat opposition. Whether you want to brew an ale or trade delicious Arabica beans, you can do this with support of others and both parties will be better for it. 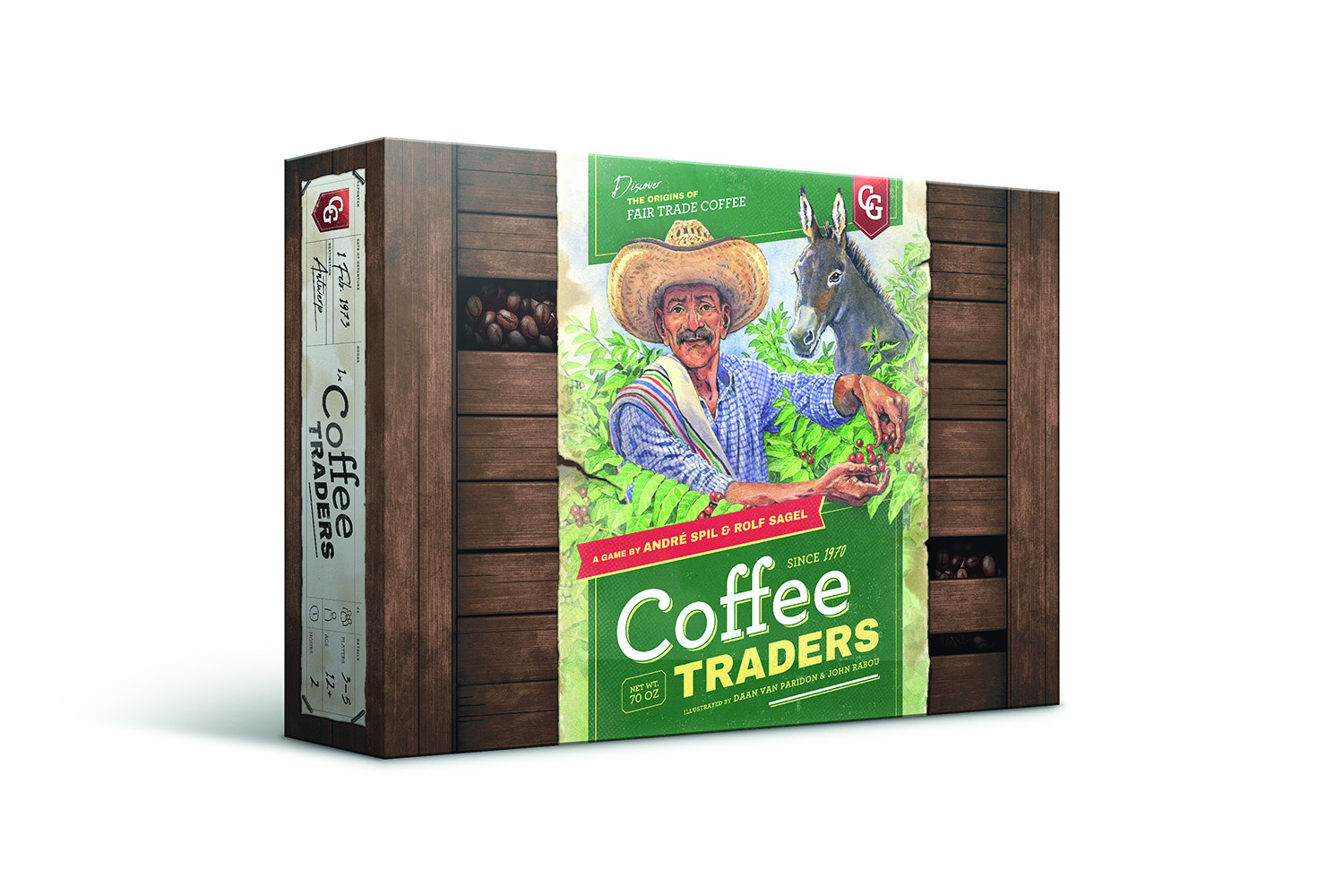 Want to read more about Coffee? We've got a review of Coffee Roasters, and you can even play it online!