The caffeine you need when working from home

Solo games are a little bit strange for those of us who play games to be social. Remove the element of competition, and you just have your own personal success and failure, with no one else’s agency to have butted up against. But this is about coffee, and if you’re like me you’ll have a dependency on it. Coffee Roaster has been around for a while, but difficult to get hold of outside of Asia. This rich, less cartoony redesign is a happier fit alongside serious looking Euro boxes. 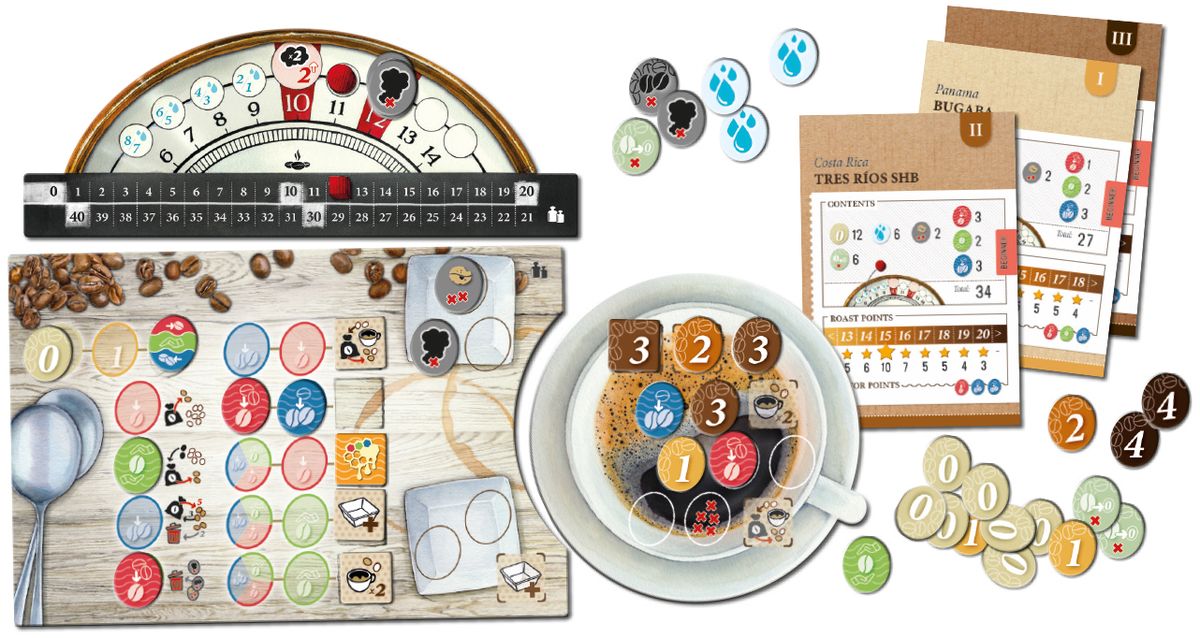 The game itself is a bag builder. Add the recipe from the cards, which come with historical flavour text, and then draw and roast the bean tokens to your preference. You return these to the bag and decide if you’re going to roast again, turning up the heat and increasing your chances of adding smoke to the bag or burning the beans. Once you feel the beans are in your favour you begin drawing them one by one to place into the cup, hoping to score the right roasting level to match the score sheet for the particular coffee and including the other flavour notes.

Getting it right feels good, although it does feel like busywork to be upgrading each of the beans one point for each roast. This is aided by the extremely useful labelled tray in the box. Everything about the production is rich and well thought out, and the rules are clear and well written – an important fact as you’ll be the only one reading them.

The cards offering your goal and some historical text are interesting, even if they do avoid any mention of colonialism, replacing it instead with euphemistic references to Europeans turning up for ‘economic’ reasons. It seems a little disingenuous in a game which does try and give context in all other aspects of the text. It’s a bitter taste, but if you can get used to it the game is a good way to perk yourself up.