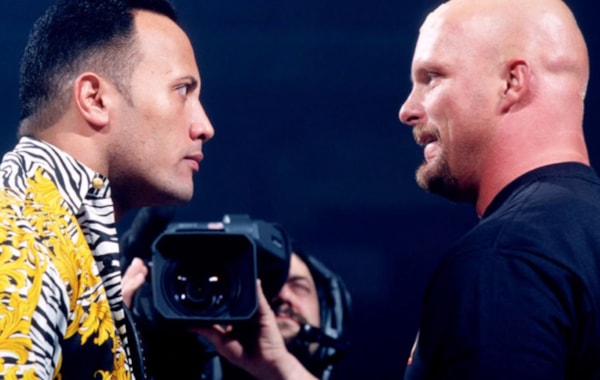 WizKids’ WWE Dice Masters game is stepping into the ring this summer, and we’ve managed to get our first details of which wrestling superstars will be making an appearance in the collectible dice game.

As revealed by a listing for the game on distributor PHD Games’ website, the WWE Dice Masters game will launch with three different boxes: a main campaign box that includes the dice and cards for over a dozen wrestlers, plus team pack expansions that will add famous tag teams and ‘bitter rivalries’ from WWE history to the fold. We're still yet to see any images of the game itself, mind.

The $40 (£31) campaign box brings together both recent superstars and veteran legends, with Becky Lynch, Asuka, AJ Styles and Shinsuke Nakamura among the modern stars going up against WWE Hall of Famers Bret ‘The Hitman’ Hart and ‘Macho Man’ Randy Savage.

The Tag Team team pack will similarly bring together tag teams old and new, with recent groups The Shield and The New Day joining the likes of the New World Order stable – although exactly which incarnation of the nWo, which spanned over 62 different members across six years and included big names such as Hulk Hogan, Kevin Nash, Sting, Shawn Michaels, X-Pac and Big Show, will appear in WWE Dice Masters remains to be seen.

Finally, the Bitter Rivals team packs will showcase major showdowns from WWE history, centring on face-offs like Stone Cold Steve Austin against The Rock, Kane against the Undertaker and Lita versus Trish Stratus.

Each of the team packs will set you back $13 (£10) for 24 cards and 16 dice, and are planned to be available when WWE Dice Masters is released this August – the same month a line of WWE HeroClix collectible miniatures arrives on the tabletop.