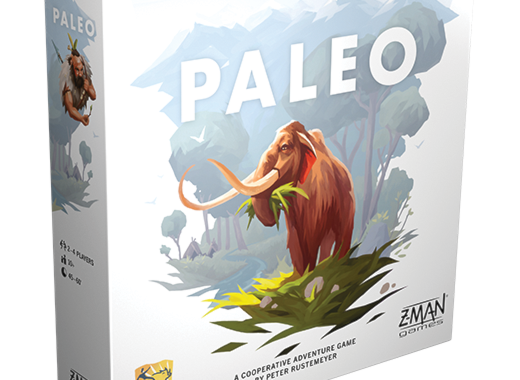 It feels like only yesterday (because it was actually only the day before) that we found Z-Man games announcing a new edition of the prehistoric version of Carcassonne, in Carcassonne: Hunters and Gatherers. Well, it appears Z-Man games are a fan of this time period, as they've announced Paleo, a cooperative adventure game with a Wooly Mammoth cover illustration.

In this game, you're trying to survive. You'll take on the roles of the prehistoric people as a mixture of warriors, inventors, and scouts. You're wanting to see your masterful cave painting completed, and the only way to do that is to work together.

The game is played in day and night phases, with the goal to collect five victory tokens to complete the painting. You'll be exploring your world through different card types representing terrains, finding new resources, crafting new tools and feeding your people. Conversely, if you collect five skull tokens - perhaps you ventured into a hazard cave for example, or failed to feed your people - the game is instantly lost and is over - high stakes indeed! 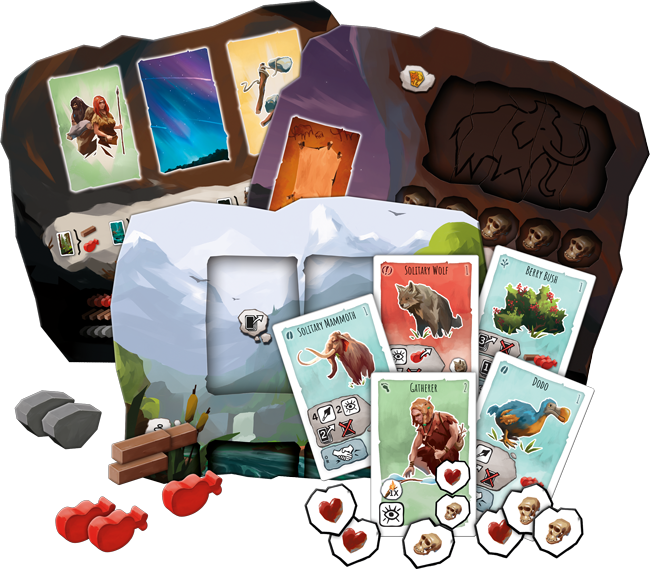 It's for two to four players, with a player age of 10+, and will take 45-60 minutes to play (less, if you gain those skulls too quickly, presumably!). The box itself will include ten unique modules that will vary people, locations, and quests, and these can be mixed and matched to alter the game's difficulty. It includes a solo mode (though this is not mentioned within the player count), and there are additional rule variants to change the game one repeated plays, should you wish.

You can try out the game on Tabletopia, and/or pre-order with your friendly local game store. Z-Man Games sell this directly for $59.99

Speaking of which, we hosted a Virtual Event in September 2020, called Virtual Tabletop Gaming Live, where Tabletopia contributed some top tips for your Tabletopia Game. Check it out below!