Mammoths and fire and Carcassonne - Oh My!

As we celebrate the anniversary of Carcassone in a recent issue of Tabletop Gaming Magazine, we follow with the news of the return of an edition of much-loved classic game, from Z-Man Games: Carcassonne: Hunters & Gatherers.

This new edition takes you back in time, way back before the walls and castles we've come to expect from Carcassonne, as far back as the Pre-historic age, meaning we have space for the delightfully illustrated mammoth seen on the cover. The game was originally available in 2002, and has been one of the most popular versions of the game. This new edition will include much of the same gameplay, but now with updated art, and additional menhir tiles for unique effects. 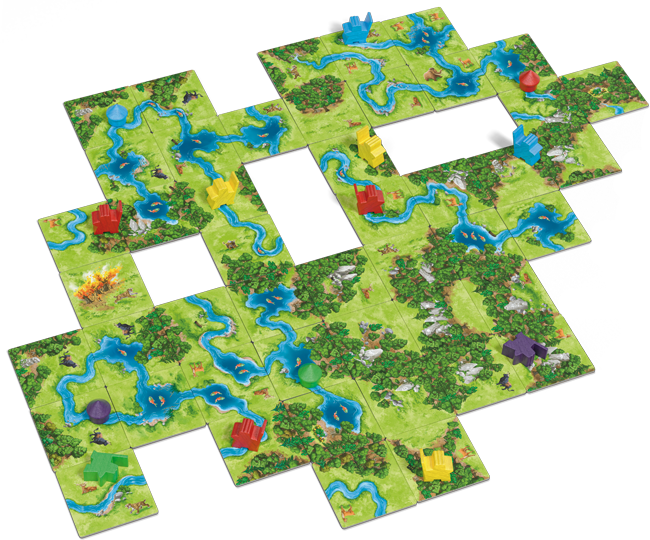 There are some key differences in the game to others that have been seen within the Carcassone world before, such as being able to use a meeple to claim grasslands as you would a field, but these vary in points depending on the type and animals there, plus rivers score like roads, but the fish within the river will increase its points value, etc. It's a game that can be played by those who already enjoy Carcassone for something a little different, whilst still capturing its simplicity for new players.

Though there's no firm release date, Z-Man Games have said to look out for the game later this winter, so we can likely expect early 2021.