You gotta fight, for your right, to Gooooodtear!

Steamforged has announced for the epic tabletop skirmish game Godtear, has announced a new champion, and this time, there are dragons, with Keera, the Dragon Princess.

Godtear is a game existing in a shattered world called the Cradle, and whereby you’ll play as champions battling to claim the tears of the perished gods. Doing so will gain you immortality and power, but you’re not the only person seeking them, and your Warband will need to consider every potential attack. It’s a two-player scenario-based game that’s been popular ever since its release.

Practically, the initial set comes with pre-assembled and pre-coloured miniatures, but you can choose to purchase your specific champion. The game uses an amended version of rules seen in Guild Ball, where it uses a hex grid-based system rather than free-form movement for faster play.

Within the game, there are four classes of champion: Guardians, Maelstroms, Shapers, and Slayers. Each has their own playstyle to consider, and you can find champions from each one to really build your own fighters. Keera, The Dragon Princess, and newly announced miniature is part of the latter faction, who take the fight to the enemy and making powerful attacks. 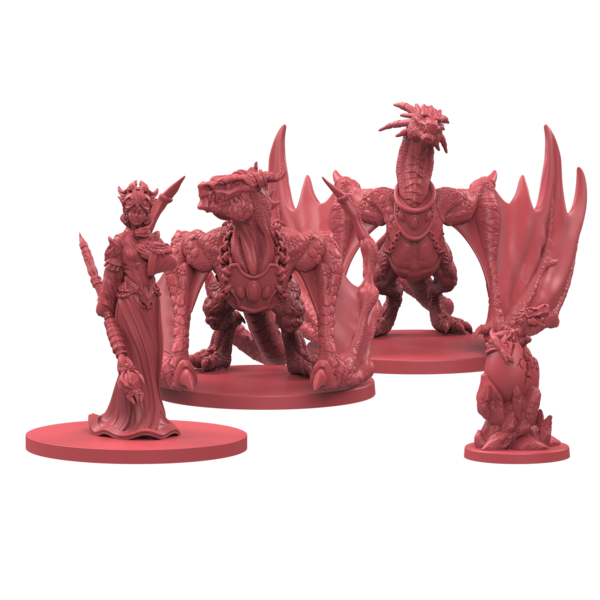 This Dragon Princess is the essence of nobility, but is terrifying in her fire, and is as scary to others as the dragons she controls. Keera, The Dragon Princess will be released on 14 August 2020, and will cost £25. She's available for pre-order now.  Inside the box, you’ll receive unpainted Keera, two young dragons, Keera’s banner (Dragon Hatchling Egg), plus the cards you’ll need to play the game.

If you’ve been with us a while, you’ll know that we spoke with the Godtear guys for the magazine way back in issue 17, with a pretty epic cover to go with it. You can pick that up digitally if you fancy a read of it!