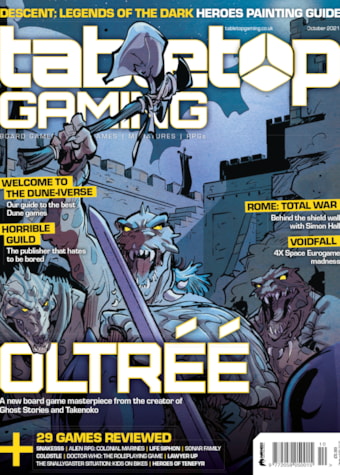 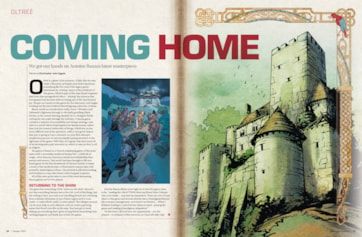 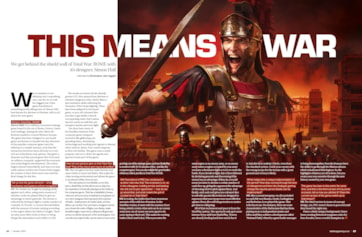 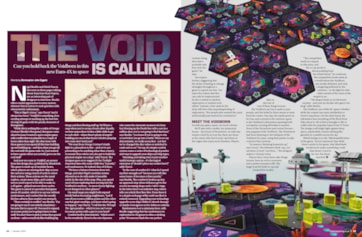 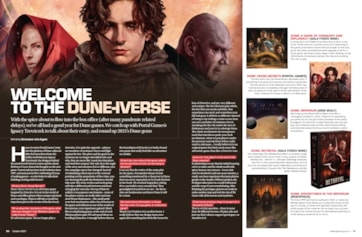 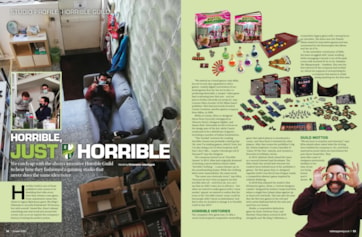 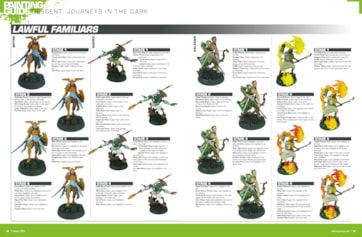 •    FREE GIFT FOR SUBSCRIBERS – New Card for The King is Dead Second Edition. The Betrayal card adds a whole new way to claim the Kingdom for yourself.
•    Oltréé – We got our hands on Antoine Bauza’s latest masterpiece. We talk with the designer about the game, and translating it from the original roleplaying game.
•    Total War: ROME – We get behind the shield wall with Simon Hall for this long anticipated translation of the SEGA Real Time Strategy game
•    Voidfall – We catch up with Dávid Turczi and Nigel Buckle about their Mindclash published Euro-4X game. We talk about creating the wonder of space exploration, and making Euro-friendly combat.
•    Five Alternate Formats for Classics – We’ve rounded up five of our favourite rules variations for classics like 7 Wonders and Coup
•    Welcome to the Dune-iverse – We chat with Ignacy Trewiczek about Dune: House Secrets, and give you the low-down on all the Dune games which have launched this year, or will in the near future.
•    Studio Profile: Horrible Guild – We chat to Lorenzo Silva about running a company whose major mission appear to be avoiding boredom.