No longer just a genre of game, Hack & Slash will be heading to tabletop from Steve Jackson Games.

Known particularly, though certainly not exclusively given its huge reaching number and style of games, for the Munchkin Games, Steve Jackson Games' are otherwise easy to play with a set of dice and straightforward instruction, where early images of Hack & Slash released on its site suggest much the same. You'll be choosing your quest, rolling your dice, and aiming for fame.

In its description, it confirms: "In this quick game, your guild of adventurers is ready for anything: battles, rescues, and the "liberation" of whatever pays the most. Choose a quest and roll the dice! You may win fame, and even recruit a new comrade for your party. Or you may fail, and slink back to the Tavern. Don't fail!" 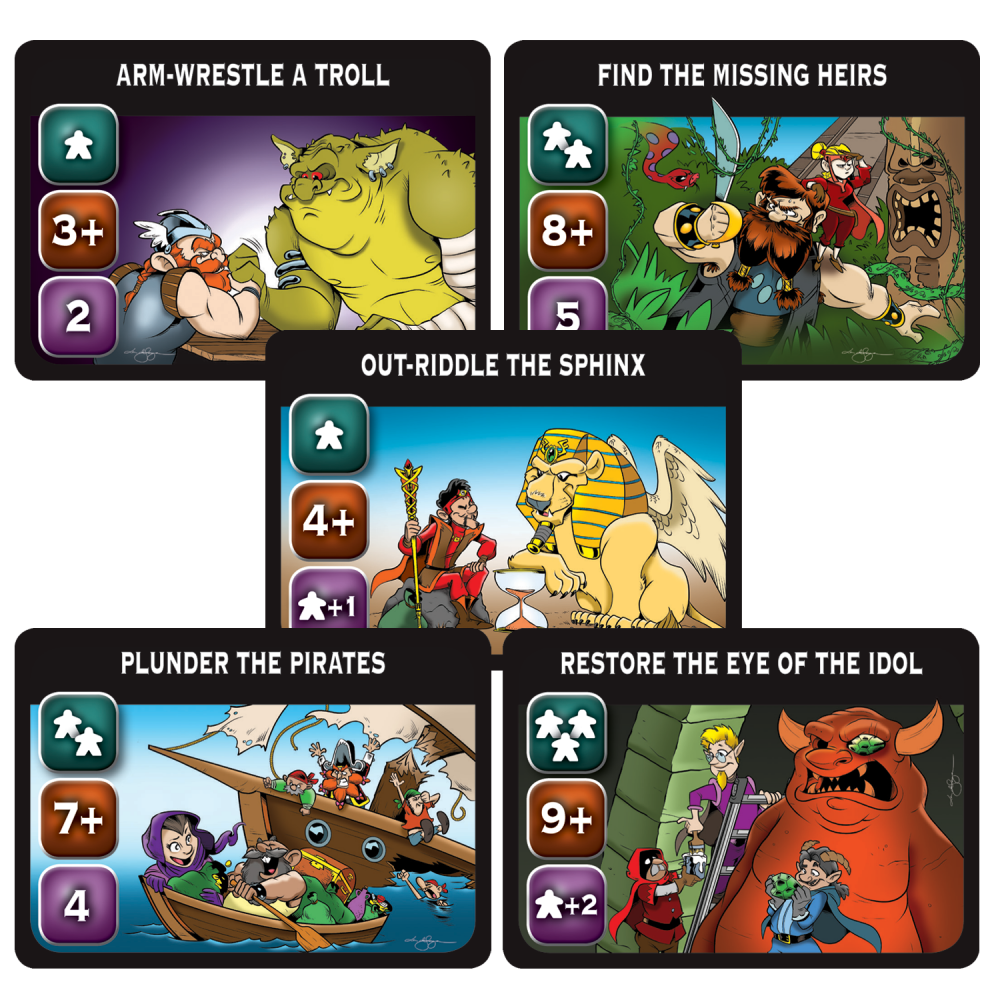 The game will be suitable for ages 10+, for groups of 3-6 players. It will take around 20 minutes to play. The release is anticipated for February 2021, with a USD price of $19.95. For that price, you'll find in the box 21 Quest Cards, one First Player Card, 50 meeples, and Three 6 sided dice. You can check out the Steve Jackson Games site for the full range of pictures and details available.

And if you're not willing to wait that long, you can always check out some of the more recent Steve Jackson news for the Munchkin series, with new versions of the popular game that include a Disney version, as well as a Critical Roll version!