Detective: Season One Available for Pre-order 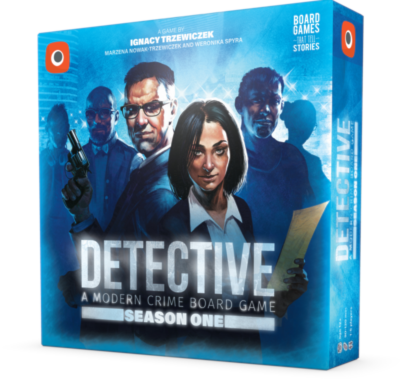 Detective: A Modern Crime Board Game from Portal Games was an Editors Choice Game in our review of it, and so news of additions to within the series are generally exciting. This time, the news is that Portal Games has opened the pre-orders for Detective: Season One. The promising part, of course, is that by calling it Season One, we can anticipate a Season Two in the future...*

*Or a Season 0 if you're Pandemic and like to surprise us.

Detective: Season One is a standalone game that is based on the same Detective game we're already fans of, but contains new cases with different styles and locations that set it apart from those that went before it. Such investigations include those into "investigation into the murder of a dactyloscopy specialist, scrutinizing the motives of an English family for the murder of a wealthy patron, and a dark exploration of the mafia underground" 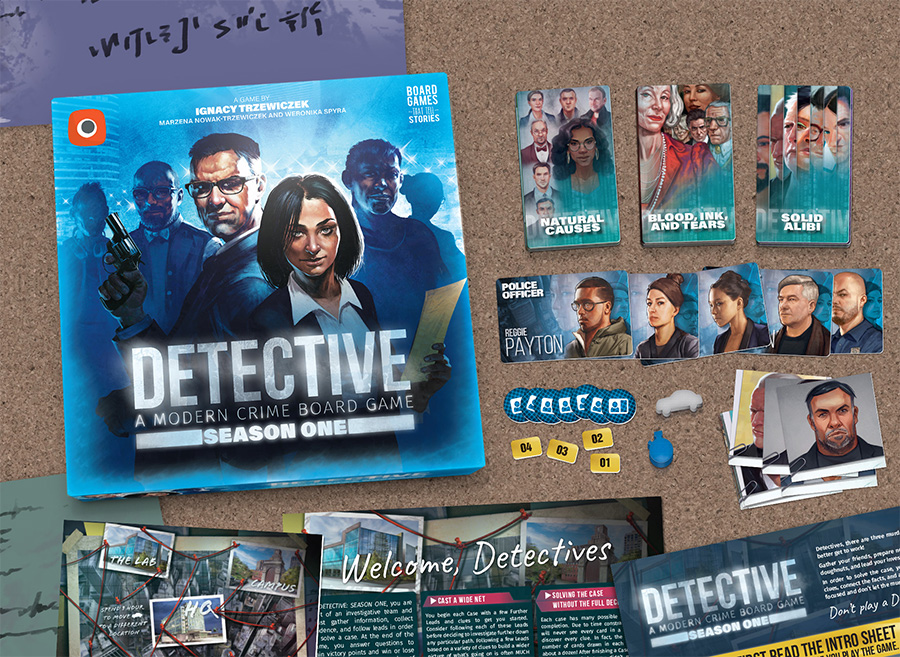 It's a game for between 1-5 players, but it also specifically states the game is capable of playing online via Zoom, Discord, or Skype, which they say is a dedication to their games being those that tell stories. It's a little more than that too, given the current state of play lends to a favour of online play, and the potential for an amended gameplay landscape in the future puts this in a great position too.

The box will include a 24 card deck for each new case, and additionally 24 portraits of suspects. If you choose to pre-order, you'll also receive a design journal from the creator Ignacy Trzewiczek, which will come in the form of an 88 page hardback book. This will show everything from the original plans, the first plotlines, the character creations and transformations, all the way through to playtesting.

You can find more information and how to pre-order over on their site, with expected shipping in mid-August.