The Second Act: Mattias Haake on Coriolis: The Last Cyclade The elegant slow boil of cultures clashing in space has never been so temping, join us and Mattias Haake as we explore the Horizon

Mattias Haake, the project lead for Coriolis and Symbaroum, and one of the seven owners of Free League is here to take us into the darker realms of space in this second outing for the slow burn space opera that is Coriolis: The Last Cyclade. The game has a long history, and this outing, with writer Rickard Antroia, is the second to Coriolis game since it returned home.

Coriolis is one of the babies of Järnringen, the company that came before the current incarnation of Free League. Originally released in 2007 in Swedish, Corolis was one of the last games released by the company before the founders closed the company down. While the game was sold off to videogame company Paradox Interactive, a group of freelancers called Free League were eager to continue working on the pen and paper game. A deal was struck. A few years later in 2018, the Järnringen team decided they were missing out on an important part of their lives. A merger with Free League was formed and the company eventually took back control of the IP for Corolis.

So what of Corolis itself? “It’s a space opera setting. It has lived kind of a quiet life in the shadow of Mutant Year Zero, and later Tales From The Loop and now Alien,” says Haake, “But it is a very interesting game in the sense that both the setting and the rule set is very deep.”

The Last Cyclade is part two of a trilogy, The Mercy of the Icons, “we sketched out the story arc for the whole campaign 15 years ago,” says Haake, further expressing that this is a long term project for him. 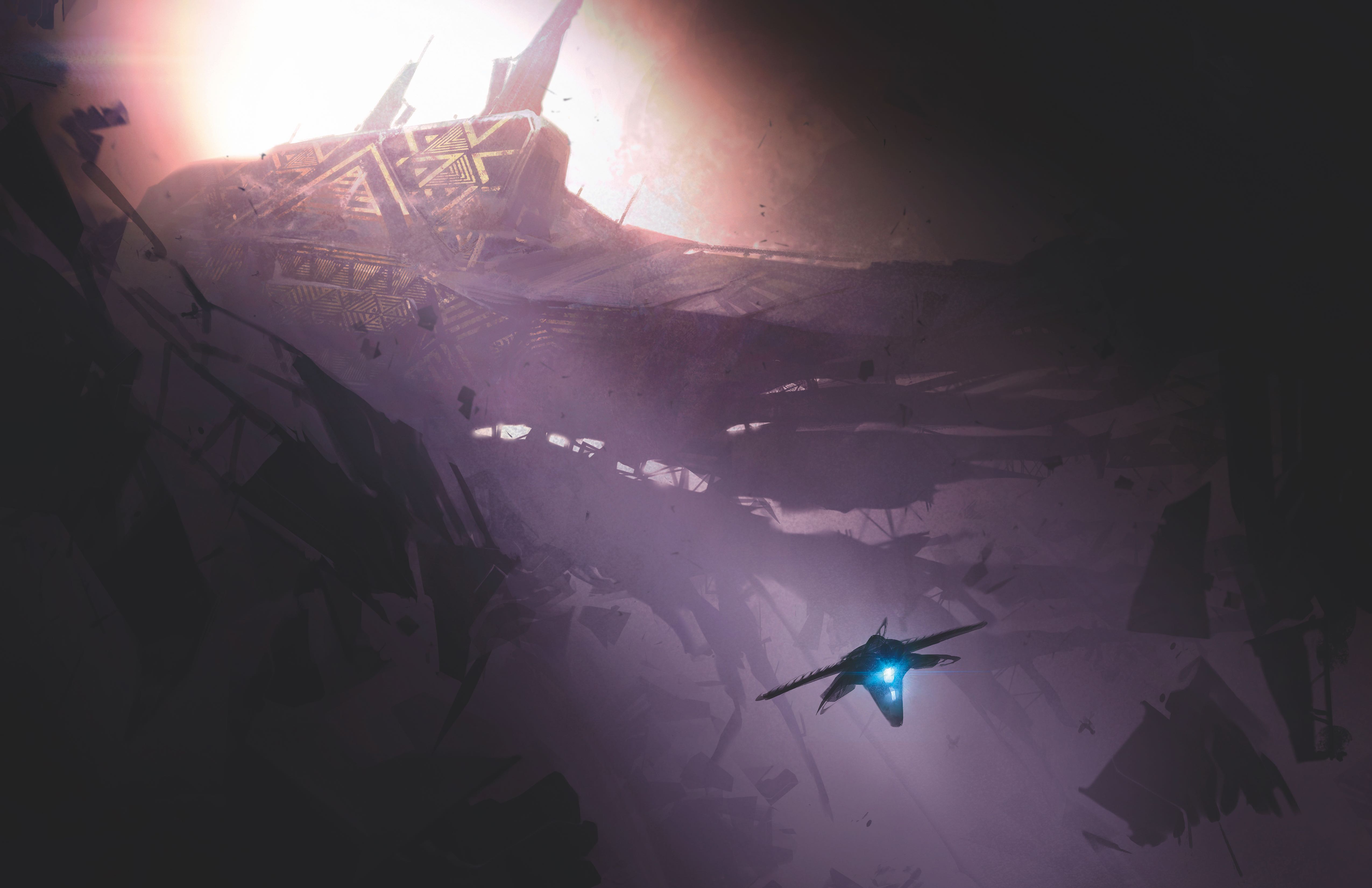 “When it comes to Coriolis, we wanted to explore and write about the clash of cultures, the meeting of different cultures and what happens in the friction between them,” says Haake, “the primary inspiration here is Moorish Spain. The meeting between East and West. Or, you can go further east and say it’s like the Romans and the Ottomans meeting in the struggle of Istanbul or Constantinople.”

In The Third Horizon a lively culture is fragmented by the portal wars, and most contacts between these cultures are broken. Enter the Zenithians who arrive on a generational ark which is converted into the space station Coriolis. As they are a culture of science and trade, they’re attempting to restart the horizon once more to bring these cultures into contact for their own gain.

“You have these two main factions that Zenithians, and the ‘First Come’ and within these factions, there are sub factions that are competing with each other. And within each faction, there are force and higher hierarchy that people are struggling for power,” explains Haake.

“You can play it like an action sci-fi game, where you go out among the stars and discover new planets and battle the wildlife,” says Haake, “but someone actually called it like Firefly meets Arabian Nights.”

Coriolis is designed to be a campaign game, a long term world for your characters to live in. While the wild success of Alien: The Roleplaying Game is mostly down to the cinematic scenarios presenting the feelings of the films so palpably, Coriolis is a world for doing more than surviving in.

“I would say that Coriolis is much more open in the sense that you can flexibly explore, similar to something like Dungeons & Dragons. The game has a scope that lets you play kind of whatever kind of game you want to play,” says Haake, “do you want to play the politics? You can do that because there are plenty of hooks to grab onto and to develop. If you want to go adventuring, that’s totally possible.”

“You can join up with the Legion in the Coriolis universe and go out and do battle. Or you can do like in the first adventure in the Mercy of the Icons is more or less a detective story.”

Additionally, there’s not a huge range of alien races to play as – you’ll mostly be playing humans and humanoids “mainly you play humans of different professions, so you choose a professions and then that will give you access to a number of skills. And then you can add talents to that, which makes you a little bit better at performing different skills in different situations.” But of course, there is a kind of magic, “when using mystical powers, you flirt with the dark between the stars, which can corrupt,” says Haake, “in the original version of Coriolis you became a mystic if you were awake while portal jumping.”

The Last Cyclade consists of three adventures which follow a traditional three act dramatic structure, “it all starts out with the player characters getting the opportunity to solve a mystery that has been troubling the horizon for many, many years,” says Haake.

The second part is less structured than the first, “it’s more open,” says Haake, “and consists of a mission generator. We wanted to give the game master the means and the opportunity to take the players around the Horizon because you know, you don’t get to see much of the whole horizon in the first adventure.”

“This lets us visit several iconic locations in the Horizon, and we have made it a little bit easier for the GM by mapping out adventure locations, NPCs and hooks in detail.”

Alongside this adventure, there is a developing political situation in the Horizon, which will sit in the background of everything that’s happening around the players. Naturally the third act is the conflict and conclusion of what the players have discovered about the political reality of the Horizon, and the dark forces pulling the strings.

“Your players are problem solvers, not faction leaders. They can’t commandeer a battlecruiser, for example,” says Haake, “so you are experiencing the development of the Horizon pretty much as everyone else is. In the third instalment, the idea has always been to give the players some influence or put them in a place where they will need to make some serious decisions that affect not only themselves, but the horizon at large.”

And while there’s a set of mysterious forces appearing around you as you play this game, it’s hard to tell whose side you’re on. The game uses a patron system to set quests for your characters, and naturally, your patrons who are keeping you in ships, fuel and food, are going to be more powerful than you. As we know, power corrupts – but how far? 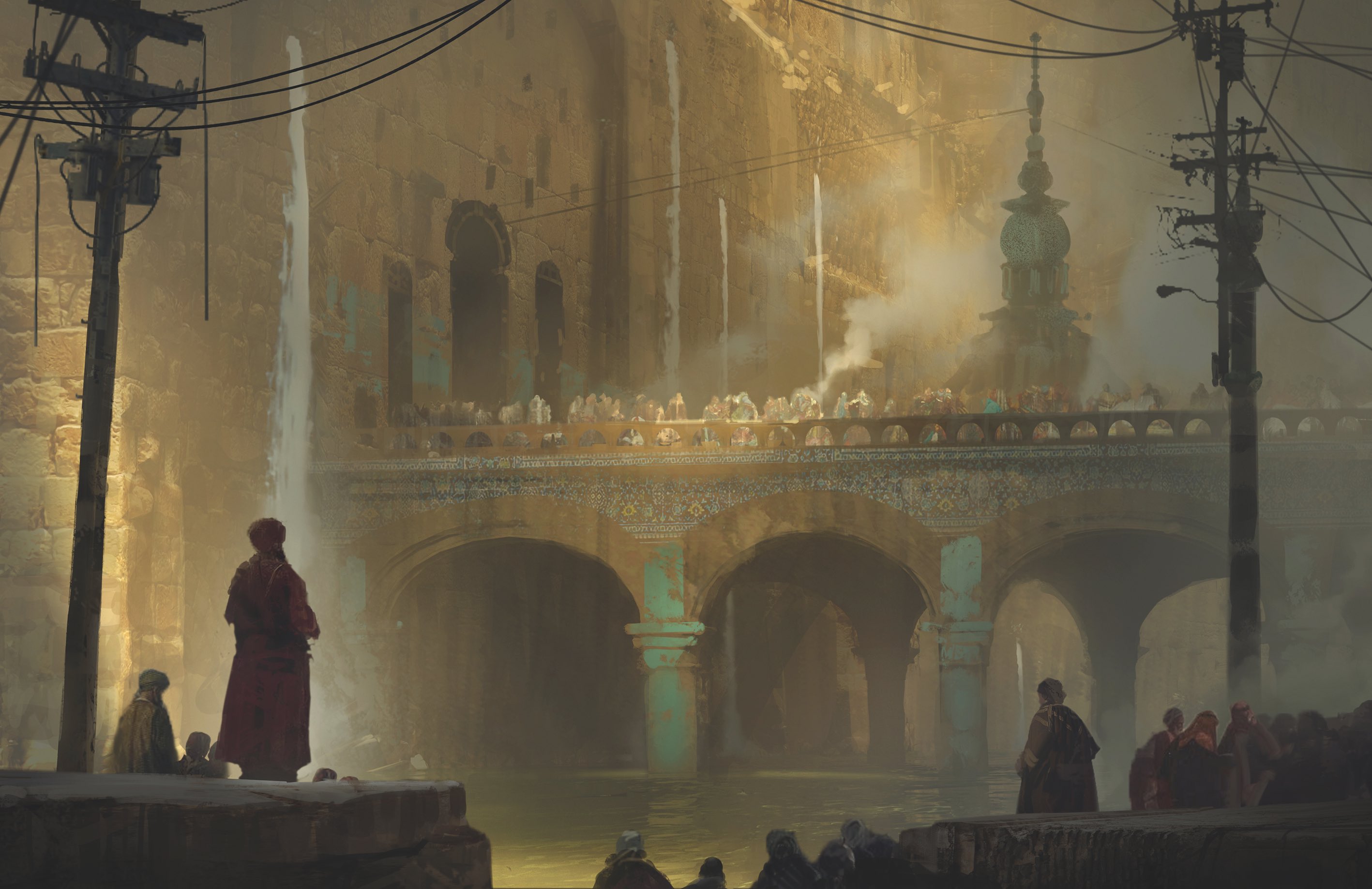 “There’s a long list of patrons, which is one of the things I really love about Coriolis. It doesn’t assume that ‘these are the good guys’ or that you are helping them,” says Haake, “And that there are bad guys that you need to fight against. And that represent different factions in the setting.”

The mission generator, which sits at the heart of this outing, comes in the form of a number of tables to roll and build from.

“As well as patrons there are mission objectives – which are anything from, you know, shaking down a piece of information that has worrying connotations, trying to kidnap the high profile member of a competing faction, or it could be an assault mission where you have a group of, according to your patron, ‘bad guys’. And much of it is centred around this rising threat, a new threat to the Horizon.”

We can’t write too much about this threat as it would be beyond spoilery, but it’s safe to say that you’ll be exploring the grey areas of characters you interact with, and trying to work out who the bad guys are in the end.

Players will be asked to question who their allies are, and who they’ve been working with throughout their escapades across the far reaches of space.

“If nothing else I think roleplaying is about that – putting the players and their characters in situations where they need to question themselves their strategies and if what they’re doing is worthwhile,” says Haake.

For Haake, Free League’s fantasy setting, Symbaroum “I’m currently writing the fifth episode in the Throne of Thorns – the massive adventure chronicle for the game. We’re also looking at bringing a fifth edition adaptation for Symbaroum in the form of four or five books at once.” And then of course, there’s the sequel to The Last Cyclade as the final instalment of the The Mercy of the Icons is planned to drop just in time for Christmas.

In fact, since writing, Free League has confirmed a new Vaesen supplement being created, which focusses on mythic Britain. Check out what they had to say regarding it at the Tabletop Gaming Spring Showcase below: