Sentinels of the Multiverse has been around a long time by modern board game standards – the original came out in 2011, to much acclaim. It’s a cooperative superhero card game where each player takes the role of a unique superhero taking on a dastardly villain. Each hero gets their own deck with its own play style and mechanics, allowing you to deal damage, draw or search for cards, heal yourself or your allies, and perform various other helpful actions depending on what your hero’s strengths are.

This edition features some tweaks and rebalances that smooth out the original experience. There are a dozen heroes to choose from, six villains to fight, and six locations for the confrontation to take place in – called ‘environments’ – that can ratchet up the level of difficulty and add some interesting twists.

The basic experience involves choosing and playing a card, doing the associated action, drawing a card from your deck, then passing. The villains take actions based on their own deck, which might deal damage, spawn minions, weaken or incapacitate a hero, or mess with your hand of cards.

A lore book included with the game not only offers backstories for the various characters, but also gives their decks a complexity rating, based on how tricky it is to make the most out of their special powers. This means newer players can jump right in with a simple ‘punch the bad guy in the face’ strategy, whereas more experienced players get to experiment with interesting synergies and combos that take a while to setup and exploit.

The artwork for the new Sentinels is quite good, though by the standards of a lot of modern games some of it is a bit rough around the edges. The bar is always going to be very high in a game that revolves around iconic comic book heroes, and the offerings here range from okay to really cool – especially the retro-style versions of each character showcasing their ‘first appearance’ in a comic. 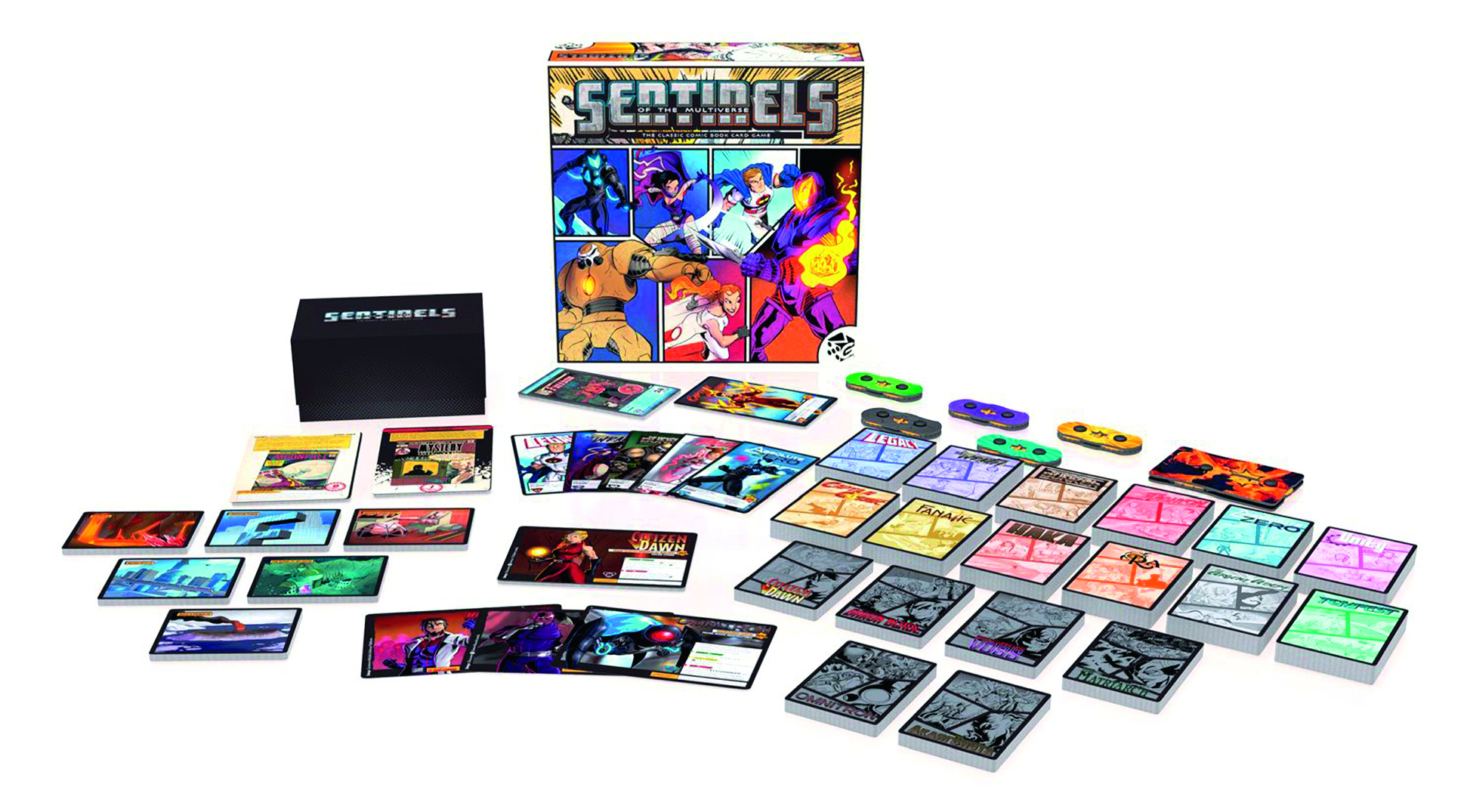 When Sentinels first came out it was a sensation – a cornucopia of decks and powers, different systems to try out and big, schlocky baddies to kablam and pow. Over a decade later and, truthfully, some of what it has to offer doesn’t feel quite so radical. Marvel offers its own in-universe superhero card battler experience, full of the licensable content cash-cows that dominate so much of our screentime. Despite the shiny revamp, is it time for Sentinels to admit it’s getting old and hang up its cape?

I can’t argue that this game has the best artwork, or the deepest card mechanics, or the best lore, but something about the whole experience just works. The hero decks are nicely varied both in playstyle and complexity, there’s a cool ‘nemesis’ mechanic that means if your hero is fighting their arch enemy both you and the villain deal extra damage – it’s very inviting to pick up and play.

In this remake, it feels like heroes do more damage overall, but also that they receive more damage in return – perhaps in an effort to make fights more dramatic. Reaction abilities allow you to respond on the villain’s turn, making gameplay a bit more dynamic than just pick a card, play a card, draw, pass.

But underpinning all of this is a feeling of unabashed, popcorn-munching fun. There’s a bit of setup and teardown involved, but in every other sense Sentinels is an easy game to get to the table, with card mechanics that mostly explain themselves (with the exception of a few keywords summarised on the back of the rulebook), a theme that the greenest of players understands, and a quick playtime of under an hour. It’s exactly the kind of game that works as an end-of-the-evening palette cleanser after some big, chin-strokey behemoth.

I really didn’t expect to be quite so taken by Sentinels, but it stands the test of time. It doesn’t excel at any one particular thing, but the overall experience gels to create a neat, escapist treat.

TRY THIS IF YOU LIKED Marvel Champions

It is the obvious comparison, although honestly, if you love Spiderman and got a bang out of Champions, you maybe don’t need Sentinels too.