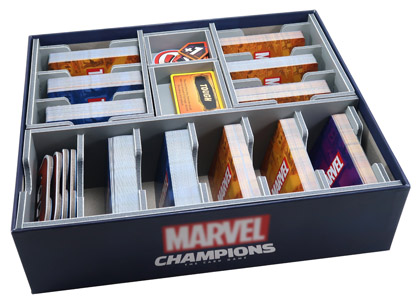 Compatible with Marvel Champions: The Card Game®, with space for over 900 sleeved or 1,400 unsleeved cards. 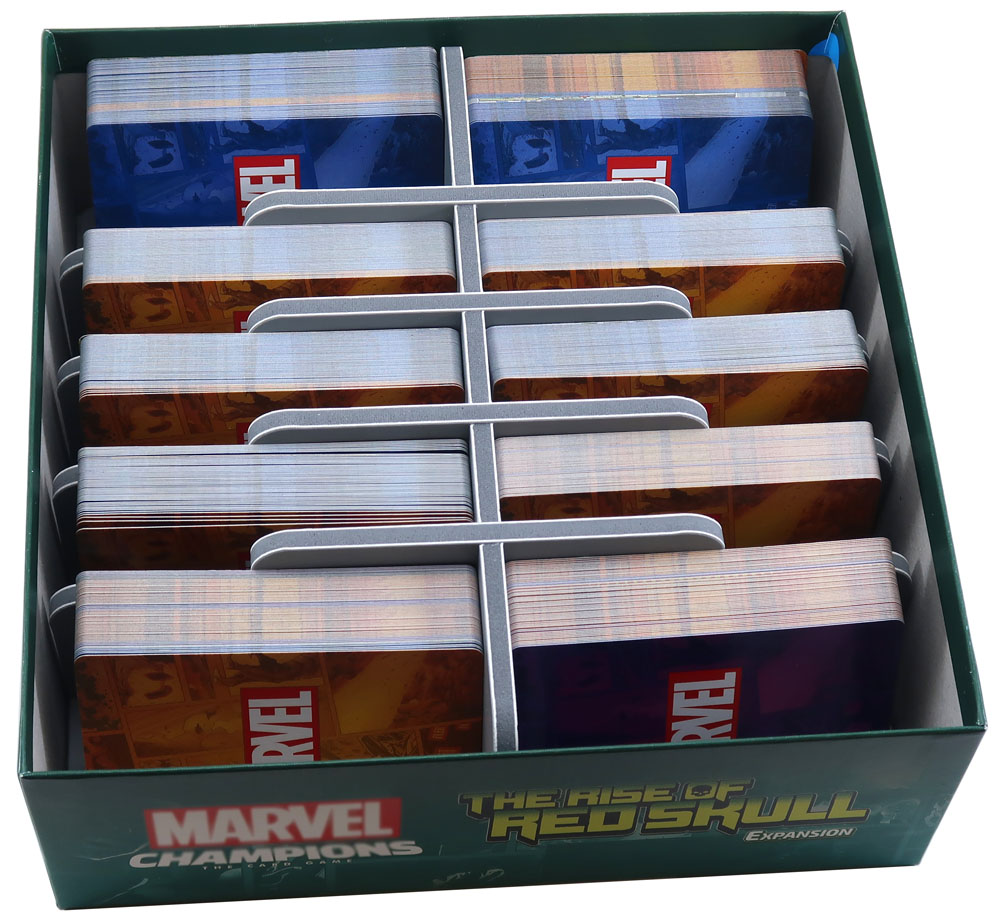 Compatible with Marvel Champions: The Rise of Red Skull® expansion.