A wretched hive of scum and villainy

We found out back in March 2020 that a new line of books was coming from the Black Library, under the series of Warhammer Crime, from Warhammer Community. More details have since been provided about this exciting new series, and we now know more about the later books.

Warhammer Crime itself is a new take on the 41st Millennium from the Black Library. The books will be set in the city of Varangutua, a rotting hellscape, “full of fading grandeur and ripe with squalor”. There’s a divide between the warren-like expanse, between the ironclad bastions of the enforcers, and the heartless creatures profiting from suffering, on both sides of the law. It tells us that violence is inescapable, where you’re either a victim of a perpetrator, and justice is only found through brutality. The ruthless, alone, prosper.

A fascinating setting for an epic crime novel, and the first of which will be Bloodlines by Chris Wraight, and an audio drama by Alex Worley called Dredge Runners. Since these, more detail has now been announced by Warhammer Community, regarding No Good Men, and Flesh and Steel, further books to be added to the series.

Of Flesh and Steel, we now have the blurb:

“Born into riches, Probator Symeon Noctis attempts to atone for his past sins by championing the powerless of Nearsteel district. But the sprawling city of Varangantua is uncaring of its masses, and when a bisected corpse is discovered in the neutral zone between Nearsteel and the Adeptus Mechanicus enclave of Steelmound, Noctis finds himself cast into his most dangerous case yet.

Partnering with the tech-priest Rho-1 Lux of the Collegiate Extremis, Noctis is drawn into a murky world of tech-heresy, illegal servitors and exploitation that could end his career, or his life.” 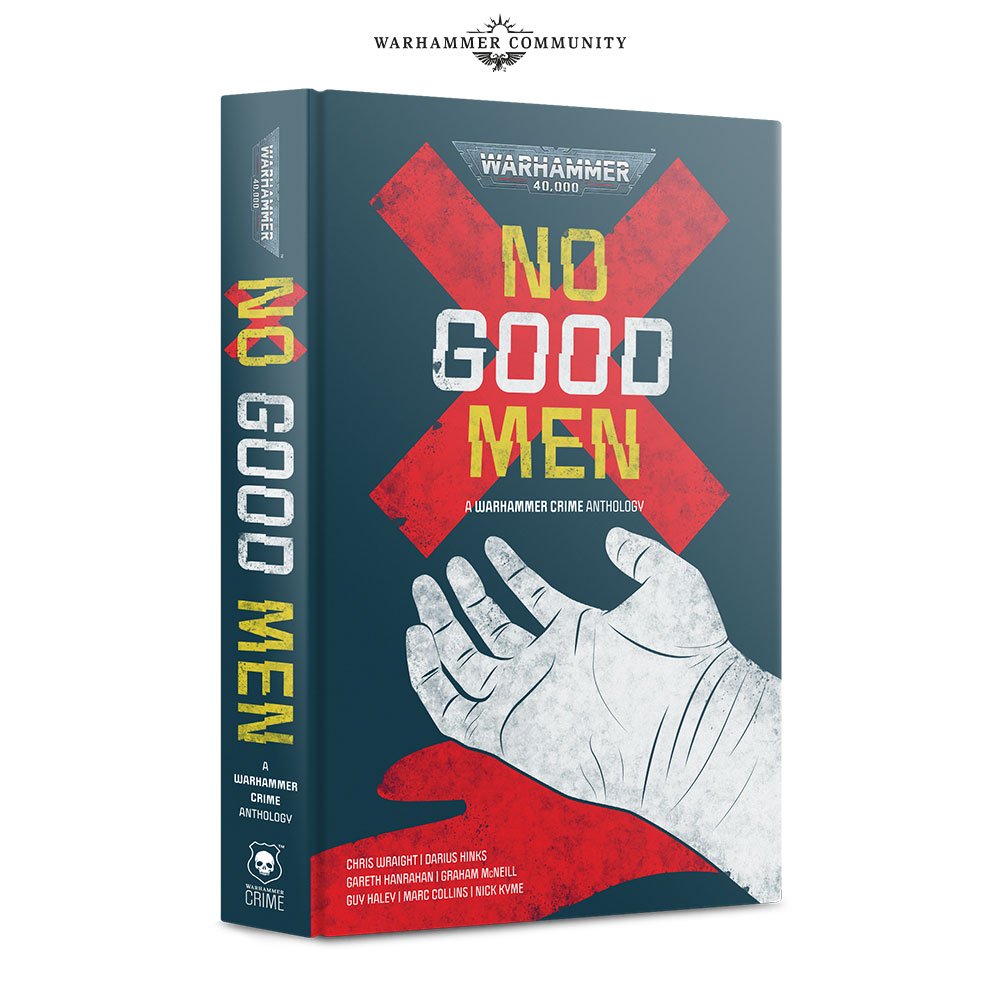 Similarly, we now know No Good Men to be a Warhammer Crime Anthology, with contributions from Chris Wraight, Darius Hinks, Gareth Hanrahan, Graham McNeill, Guy Haley, Marc Collins and Nick Kyme. Its blurb is as follows:

“In the grim darkness of the far-future, there is a vast city… An urban sprawl of murder and corruption. A den of vice and illicit deeds where the law is failing, and justice is fleeting.

Glutted merchant-kings turn the wheels of industry, feeding the engine of war on distant worlds while the lowly dream only of survival. As the gilded prosper, hidden behind their fortress walls, the masses must find a place within the underbelly. But regardless of station, whether criminal or law-keeper, one fact remains true – this city is dirty, and no one escapes it without a little sin. For in Varangantua, there are no good men”

There’s no release date as yet for the books, other than later in 2020, but you can sign up for its newsletter for more updates as they become available.