It's time for Volume 4, and this time there's cool little carts

We’re travelling back into history, and the dreaded Black Death has descended on the town of Bristol. You thought you were safe. You thought you could find a cure. But the plague continued. You’re desperate to escape to the countryside, and need to be first to reach the cart that will take you away. But, do you really know if the villagers on your cart have the plague already? Do you have it yourself? How do you stay safe?

That’s the premise to Bristol 1350, which is a social deduction game that can be played with 1-9 players, and takes between 20-40 minutes to play. It’s from Façade Games, and has recently been launched on Kickstarter, as volume 4 in the Dark Cities Series. Each is a standalone game, but you may have seen Salem 1692, Tortuga 1667, and Deadwood 1876. 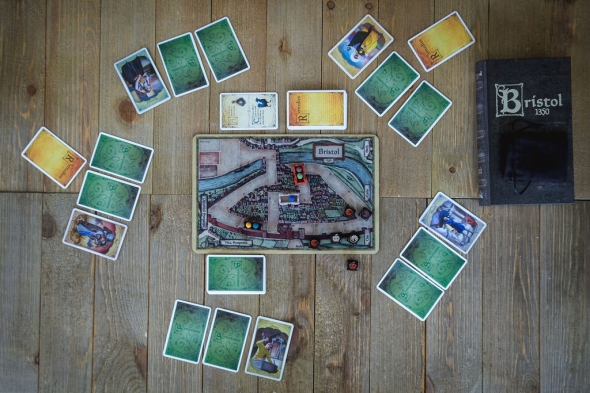 You’ll need to deduce who has the Plague and ensure they don’t remain on your cart, ensure you’re not trusting the wrong people and bringing it with you on your escape. You’ll have a game mat, carts, cards, and dice in order to play, held in a pleasingly book-shaped box.

It’s been launched on Kickstarter and is already fully funded. As far as pledges go, to get a copy of the game you’ll need to pledge $21 (about £17) to get the standard edition of Bristol 1350, which will include stretch goals and 9 Kickstarter Exclusive Character Cards. Alternatively, you can opt for the deluxe edition, which is $39 (about £32), which gets you the game, the 9 exclusive character cards, and also 6 metal coins, 6 cards for Alms Mini-Expansion, 3 metal carts, 3 mini art prints, and al stretch goals. Other pledges include the options to add on other volumes in the series. 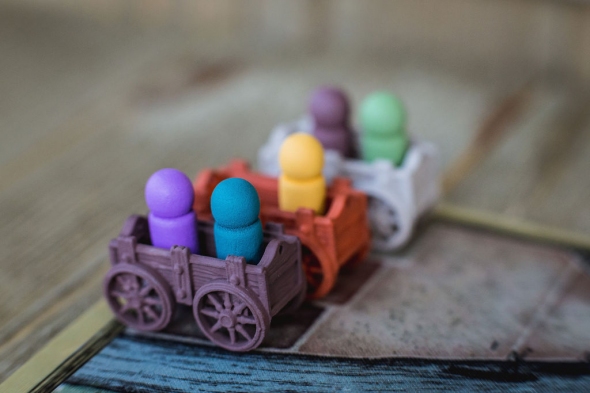 With this Kickstarter however, all stretch goals have already been unlocked, and it’s simply requested that you share the link and follow Façade Games to grow the campaign.

The campaign is running until June 26 2020, and you can find the game and pledge for your copy over on Kickstarter.