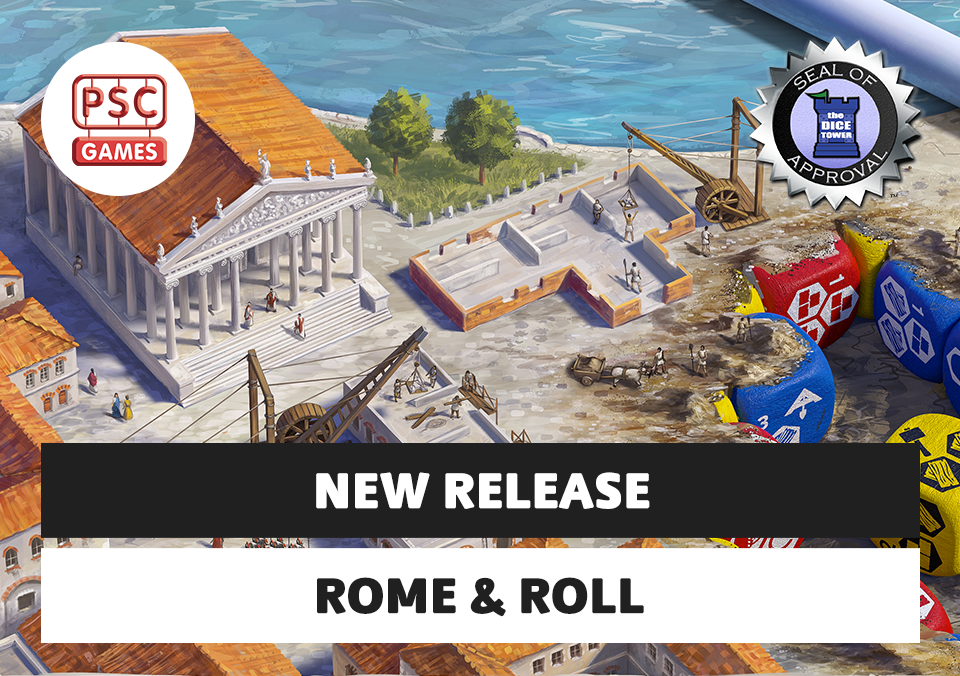 Rome & Roll is a 60-90 minute strategic and interactive roll and write game for 1-4 players. From the designers of Anachrony, Dice Settlers, Welcome to DinoWorld, and Days of Ire, you will rebuild Rome and vanquish your foes.

It is 64 AD in the days following the Great Fire of Rome. The city is in cinders and in need of rebuilding, meanwhile distant settlements across the empire refuse to pay taxes and need reminding of the power of Rome.

Emperor Nero gathers the most influential members of the city with a clear task: rebuild Rome and recapture the settlements. It’s now up to one to four players to restore the great city to its former glory as they roll, draw, and conquer.

Each player takes on one of the asymmetric character classes, ranging from merchants to military leaders. They will use their abilities and draft from a pool of custom dice to collect resources, construct buildings, raise legions, and earn wealth along the way. Political alliances, the colonies, and even the Gods all have a part to play as players rebuild Rome and vanquish their foes. Imperii Gloria!

BACK TO PSC GAMES  BACK TO EXHIBITORS  BACK TO THE SHOW