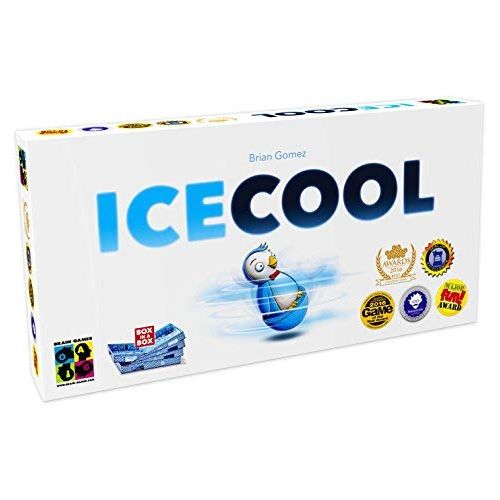 ICE COOL is a dexterity game for children, where penguins run around a frozen school picking up fish. (Ice school, ice cool… get it? Don’t worry, it took us a moment to realise that one too!) However, we’d argue that ICE COOL fits into the same bracket as other dexterity games such as Rhino Hero or Animal Upon Animal, where adults enjoy them just as much as the kids – if not more! 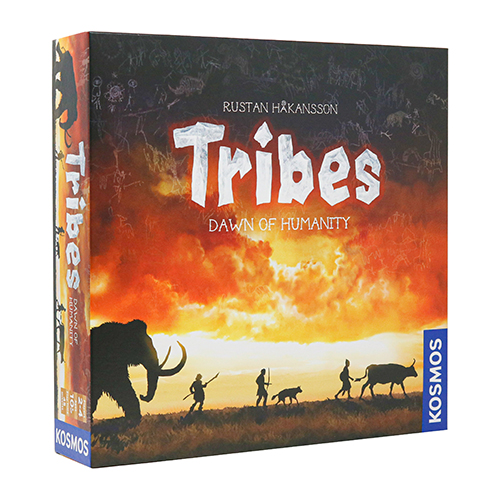 Experience 30,000 years of civilization in 45 minutes. Tribes: Dawn of Humanity is a civilization game with quick turns and fast rounds. The players lead their tribes in short, fast turns through the early history of humanity to the Bronze Age. They settle unknown lands and extract valuable resources, which in turn enable them to discover new tools and inventions. Who will best prepare their tribe against events such as natural disasters? Who will take the lead, and who will follow in the footsteps? 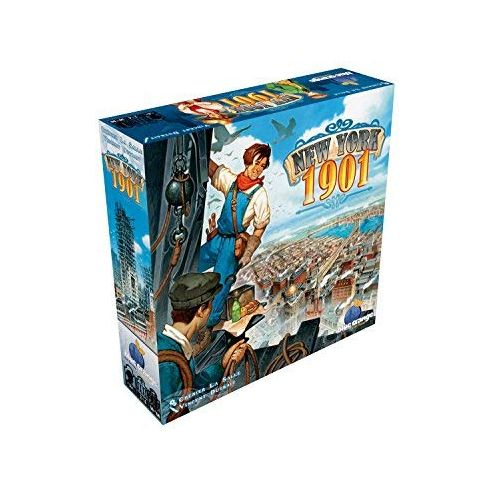 New York 1901 is a game involving territory control and city building during 1901. Players try to score the most points by constructing, demolishing, and rebuilding skyscrapers on the famous streets of New York City. On your turn, you will have a simple choice: would you rather acquire new land to build on, or knock down your existing buildings to make room for bigger and better ones? You will need to expand your territory and construct your buildings shrewdly if you want to rise to the top of the real estate moguls of New York 1901. 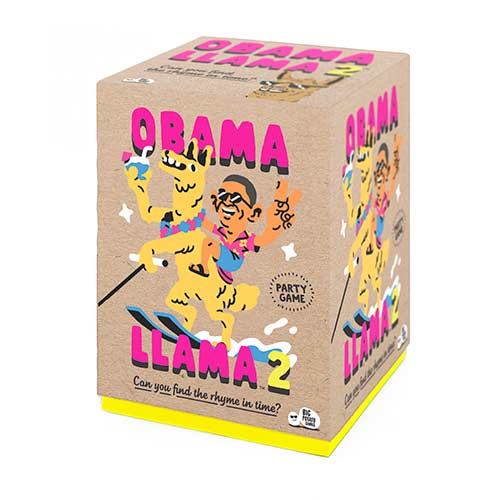 Obama Llama 2 is a reprint of the successful party game Obama Llama, adding in a mixture of funny characters and creatures like Severus Snape and a Tyrannosaurus Rex. The original was just about famous people. As such, this version works a little better with families. Not that you need to know who the person is, but it does help to ease peoples concerns. 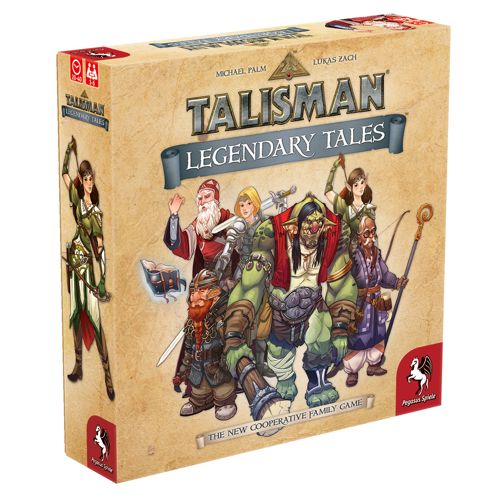 Talisman: Legendary Tales is a cooperative game that takes the players on five connected adventures to retrieve the lost Talismans. A clever bag-building mechanism represents the heroes' development and is used to resolve fights and other encounters while experiencing an original story set in the Talisman universe. Many centuries ago, legendary smiths forged the Crown of Command. Whoever wears it will hold the power over all of the land. To prevent evil forces from obtaining it, a powerful wizard sealed the Crown of Command behind the Portal of Power. Only those who possess one of the legendary Talismans may pass through this Portal to reach the Crown. Over the years, five of the Talismans have disappeared. Enemy forces now seek to find them in order to seize the Crown for themselves. Brave Heroes that you are, you have banded together to go on a quest to retrieve all five Talismans and thereby stop the enemy forces from ruling the world. This task won't be easy, as finding each Talisman is an epic adventure in itself. However, if you work together using everyone's abilities and helping one another when you can, you will surely succeed. 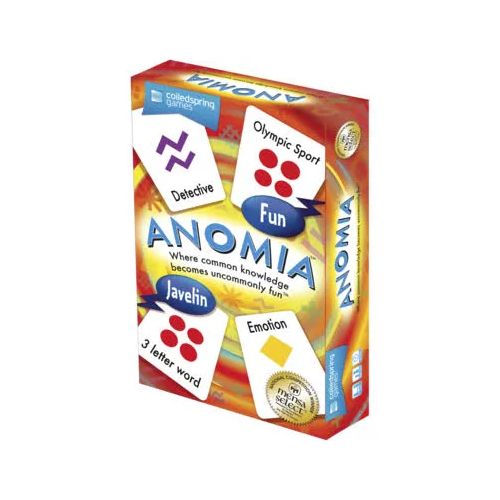 Normally, it's easy to give an example of a dog breed or a frozen food - but you'll find that your brain works differently under pressure. Flip cards until symbols on two players cards match. Matching players must race to give an example of the category on their opponents card. Whoever blurts out a correct answer first wins their opponents card, and drawing continues. Sounds easy, right? Think again! 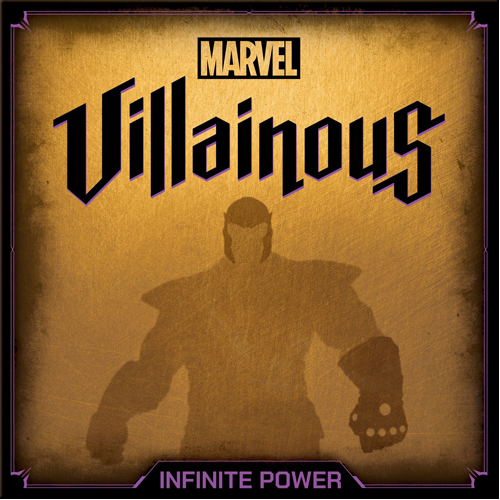 Ravensburger and Prospero Hall have teamed up once again to bring you another Villainous game! This time, the Disney villains sit to one side. Here the baddies from the Marvel universe take the centre stage! This is Marvel Villainous: Infinite Power. 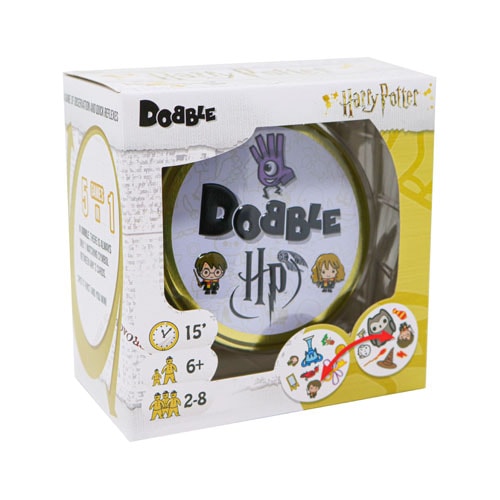 The smash-hit game of speedy observation gets a magical twist! Perfect for fans of J.K. Rowling's wizarding world, Harry Potter Dobble sees players trying to spot the single matching image between two cards. Can you find the match among chibi-style drawings of Harry, Hermione and Ron, magical wands and creatures, the houses of Hogwarts and more? 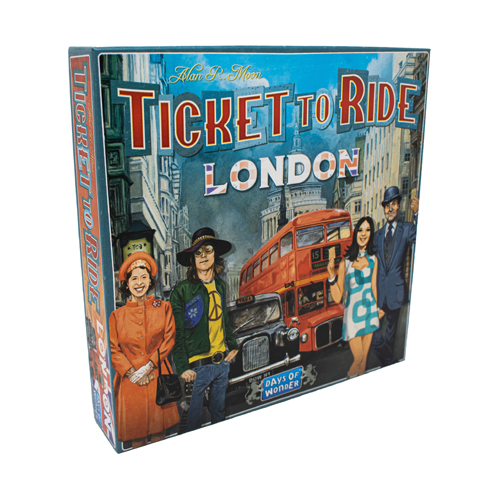 If you enjoy Ticket to Ride, but you're unable to get it to the table because of your busy life or bustling game collection, then the London edition is for you! Ticket to Ride: London is the second title within the streamlined collection. It follows the very popular Ticket to Ride: New York. 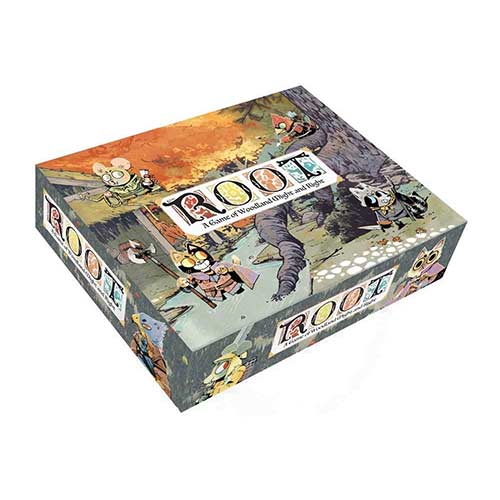 Root is a game of adventure and war in which 2-4 players battle for control of a vast wilderness.

The nefarious Marquise de Cat has seized the great woodland, intent on harvesting its riches. Under her rule, the many creatures of the forest have banded together. This Alliance will seek to strengthen its resources and subvert the rule of Cats. In this effort, the Alliance may enlist the help of the wandering Vagabonds who are able to move through the more dangerous woodland paths. Though some may sympathize with the Alliance’s hopes and dreams, these wanderers are old enough to remember the great birds of prey who once controlled the woods.