Visit The World Of Andor

All Andor Reviews and playthroughs 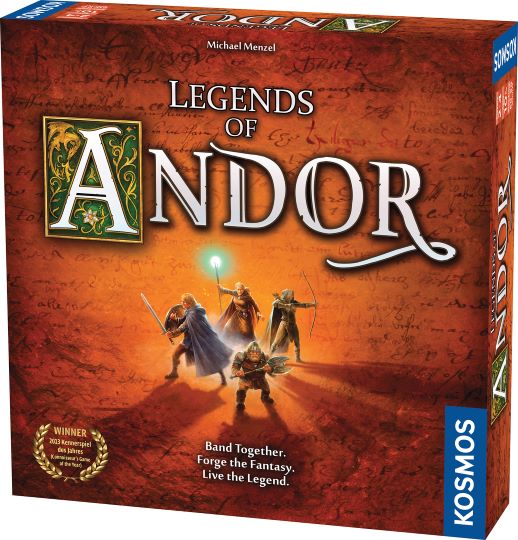 The Land of Andor is in danger. From the mountains and forests, enemies are advancing toward the castle of old King Brandur. Only your small band of heroes stands in their way. Will you succeed in defending the castle and protecting Andor?

Legends of Andor is a cooperative board game for two to four heroes. Live the legendary tales as you unite to battle ever-encroaching enemy forces. 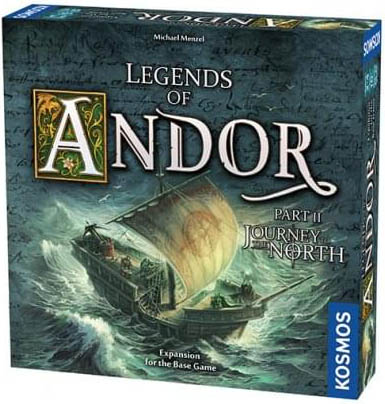 After many years of living in peace, the heroes of Andor receive a new cry for help — this time from the distant land of Hadria. You immediately step aboard an old sailing vessel to embark on a perilous journey to the north. After you have properly equipped your ship, you discover strange islands and must work together to protect their coasts from terrible sea monsters. Soon thereafter you find yourselves in the midst of thunderous storms. You must persevere against the unbridled forces of the sea. And a great secret will be uncovered during your journey. 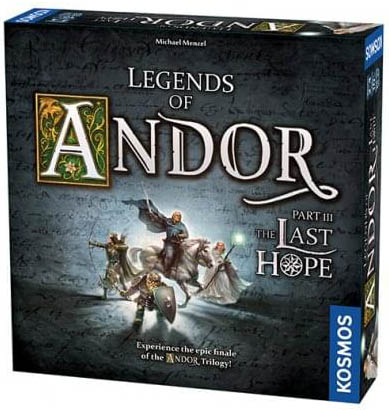 When the Krahder ended their raid, they captured countless residents of Andor. But finally, the heroes of Andor returned and resolved to free the prisoners. You must immediately venture to the south to endure your greatest adventure. Beyond the Gray Mountains, malicious skeleton warriors await you, commanded by giant Krahder.

Will you be able to survive this adventure with the aid of the four magic shields from ancient times? You are … The Last Hope.

In seven captivating Legends, experience the epic finale of the fantastic Andor trilogy! 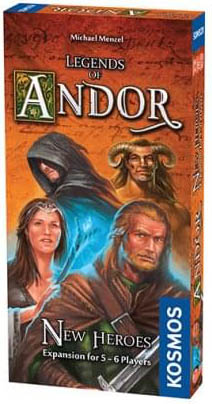 Four new heroes and heroines have risen to protect Andor: Kheela, protector of the river lands, commander of the potent water spirit. Fenn, the tracker, possessor of special tools and weapons. Mighty Bragor, the powerful Taurean fighter. And Arbon the guardian, with the ability to diminish the strength of enemy creatures. Now, the Legends from the basic game and from the “Star Shield” expansion can be experienced by up to six players. But even for just two, three, or four, these new heroes can offer some exciting variety. 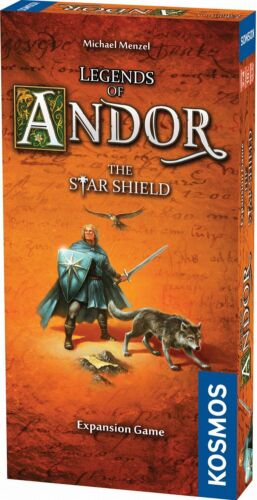 Following their victory over the dragon, the heroes are on a search for the Star Shield. Its great power could turn out to be a blessing or a curse, should it get into the wrong hands. And as if that weren’t enough, a pack of hungry wolves has been sighted in Andor.

If the heroes can only manage to tame their leader, though, the wolves can become loyal allies in the fight against a reawakened evil. 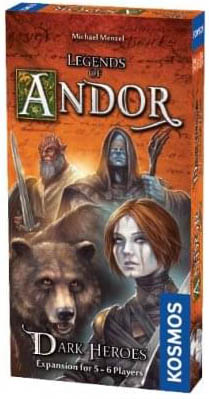 Four unconventional heroes and heroines are called upon to help the Andorra: Darh, the summoner of the mighty bone-golems; Forn, the strong half-skral; Leander, the shadowy seer, and Drukil, the werebear — a shape-shifter who can turn into a huge bear. But these complex heroes don’t only offer advantages; they can also become a threat to your group.

With this expansion, both the base game, “Legends of Andor,” and the final game of the epic Andor trilogy, “The Last Hope,” can be played with up to six players. These dark heroes can also bring completely new gameplay possibilities to games of two to four players. The expansion includes four new hero boards, dice, cards, and figures. 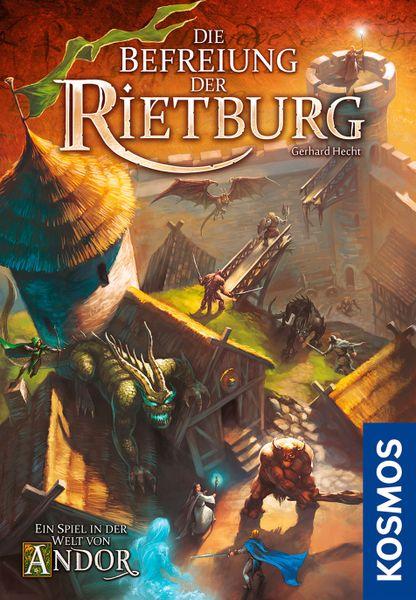 In this stand-alone title set in the fantasy world of The Legends of Andor; the creatures of Andor have taken over King Brandurs fortress.

During the game, each player takes on the role of an Andorian character in this Cooperative Andor Game. However, only by working together and using each of their character’s unique abilities will the heroes of Andor be able to accomplish four of the six tasks needed to free Rietburg and win the game. 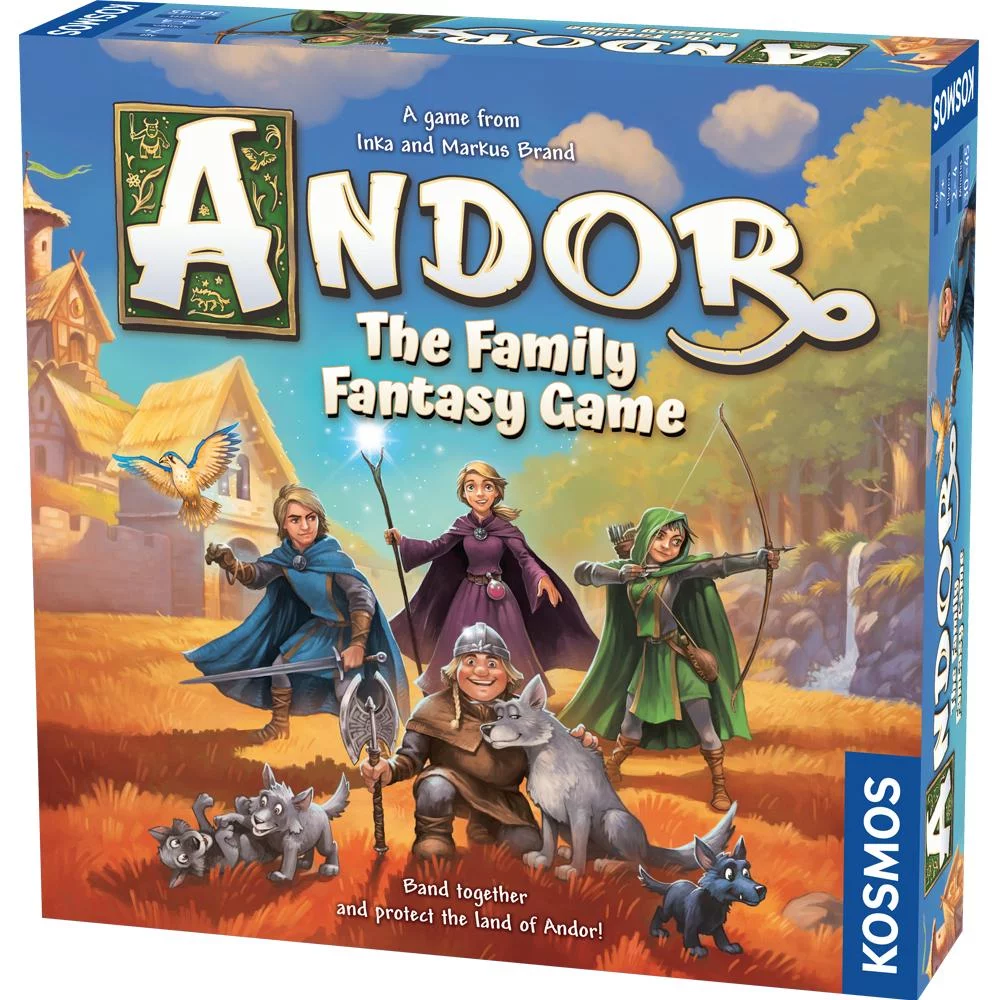 Venture into a land of fantasy and legend!

In this cooperative family role-playing game, each player chooses one of four powerful heroes: the magician, the warrior, the archer, or the dwarf. Your heroic journey begins with a mission to rescue some wolf cubs that are lost in a dangerous mine. But, before embarking on your search, your party must get past Mart, the bridge guard, by completing all of his tasks. Only then will he let your party cross his bridge and enter the mine.

However, danger still lurks on the horizon, as a dragon encroaches on the castle Rietburg just as you approach the mine. Should he arrive at the castle before your heroes rescue the wolf cubs, your party will lose the mission — and the game. If your party rescues the cubs first, you win!
Andor: The Family Fantasy Game features gameplay that is similar to the popular Legends of Andor, but more approachable to younger players, making it a great introduction to the entire Legends of Andor series of games.