The life of a zombie can be a lonely one. Like anyone, zombies crave companionship. It's just too bad that their main friendship-making techniques involve such force. But hey, it beats dying alone!

Lonely Undead is a survival board game that pits (very recently infected) zombies (Zs) head-to-head against a small-town of wannabe heroes, innocent bystanders, and other freshly turned Zs. Each player embodies a different Z with its own distinct set of special abilities and styles fitting to their character. If the characters can be harnessed effectively depends on a number of factors, for this is no pushover town and you're not the only one out seeking friends.

Plan and navigate your way about town and find some people to bite! Whilst doing so, look for supplies to aid your cause, but be careful who you walk up on. You might not always enjoy who you discover. Your targets are The Living and are revealed upon engagement. Each Living has its own set of attributes and bonuses that you have to try to beat. If they're stronger than you, hope that chance is on your side.

Watch out for other Zs trying to foil your plans!
Other Zs will do their best to try to keep you from infecting your new buddies. How rude. Let's hope they can't stop you.

Then the Town gets its turn!
After you've caused some mayhem, the Town retaliates. Apparently they don't like being preyed upon and bodies lying in the streets. Draw your reactions, suffer the consequences, and watch out for cars and dogs!

Be the first Z to infect so many of the Living to become the winner! 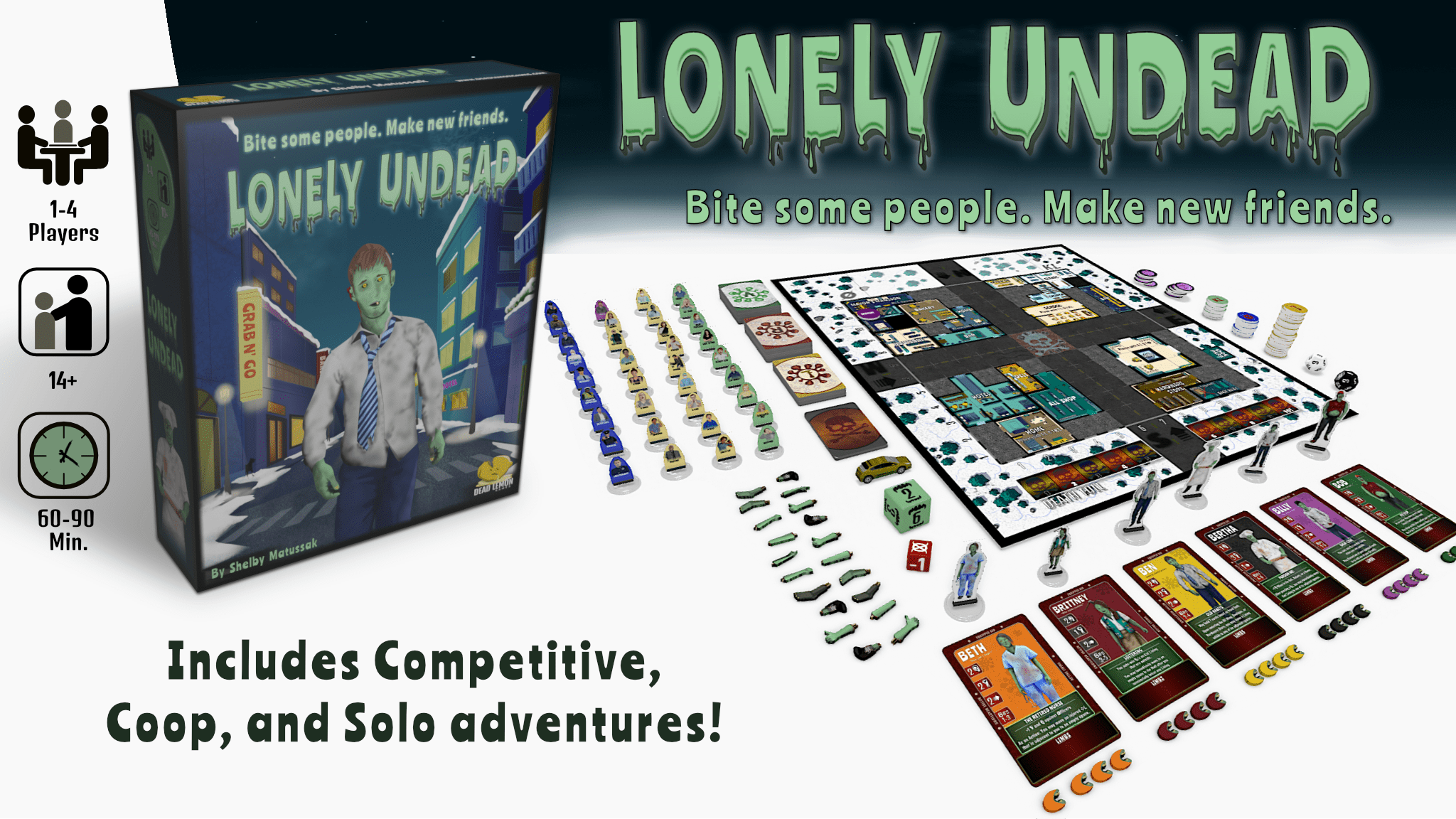 Build a different town every time!
Lonely Undead comes complete with modular tiles of the town's structures. In the "Mutated" Mode, players can build the town based off of their goals before they even set foot into it.

55 different Aids cards to help your cause!
30 different Living to encounter!
55 distinct Reactions from the town!
Six unique Zs to play as!
Three main game modes with multiple difficulties and objectives!
A customizable modular town system!
Lonely Undead is a game with infinite possibilities. Never play the same game!