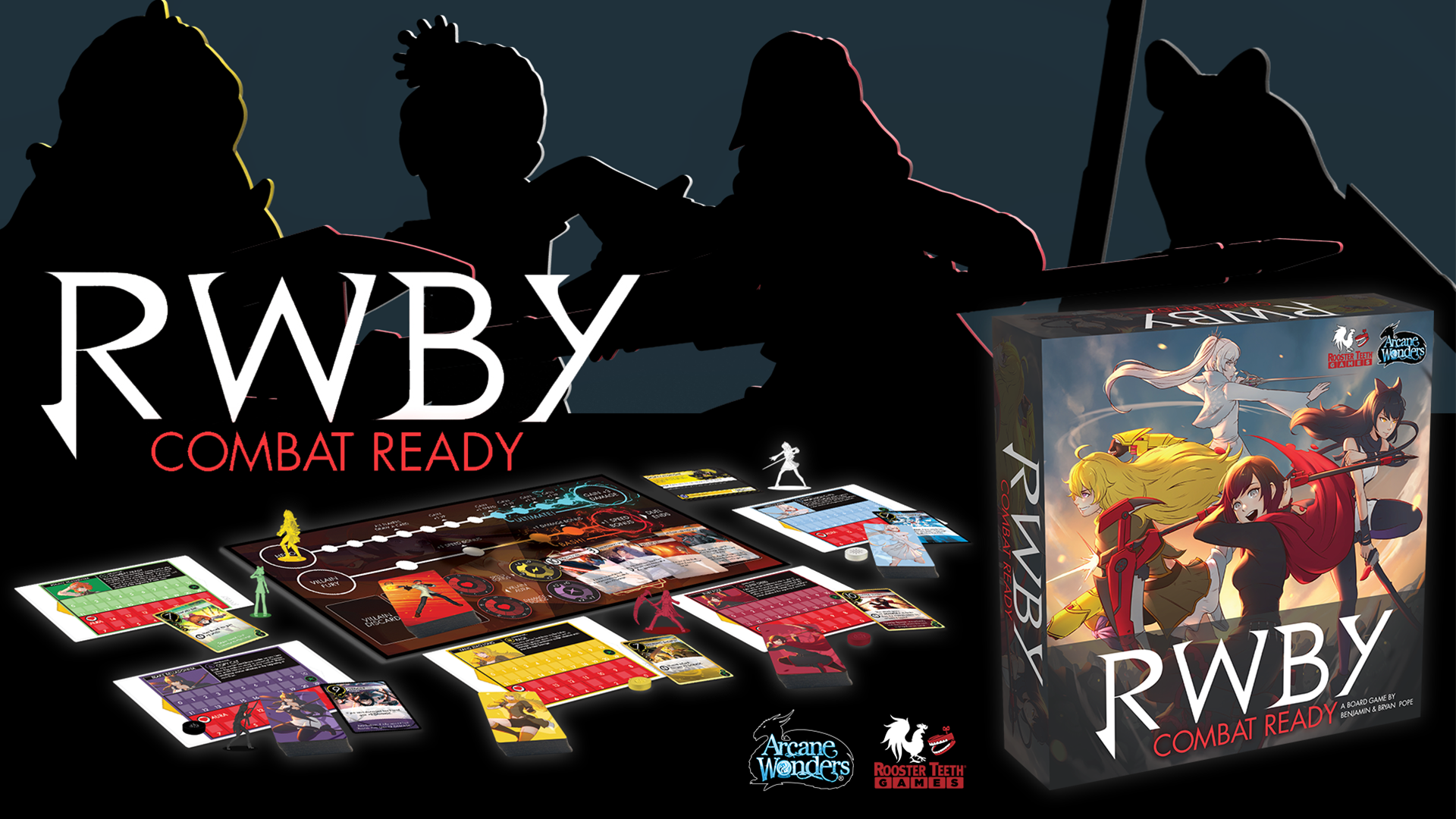 Be Ruby Rose and rise to victory with her Crescent Rose; slice and dice the Grimm as Weiss Schnee, wielding her Myrtenaster; join in and fire from afar as Blake Belladonna with her Gambol Shroud; or leap in and create massive explosions as Yang Xiao Long with her Ember Celica.

RWBY: Combat Ready is an exciting cooperative game for 2-5 players that captures the flavor and excitement of the series, with fast-paced battles where all players are actively involved and engaged at the same time.

Players play as one of the four main heroines in team RWBY: Ruby, Weiss, Blake, Yang, or as Penny Polendina! Each player has their own separate deck of cards representing their attacks, actions, and moves. Each character plays a little differently, using their own unique tactics and strategies.