THE HEIR WILL BE CHOSEN BY THE FOUR GODS THEMSELVES! 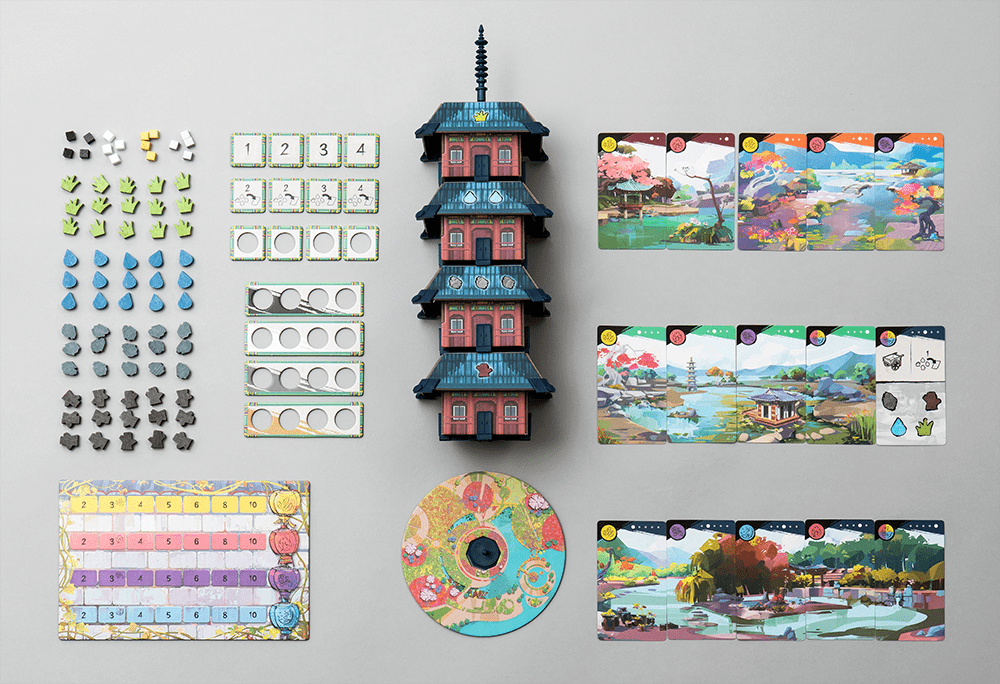 Long ago, in a beautiful Eastern kingdom, a queen and her people pleased their Gods by building a mystical pagoda. The pagoda housed the four Gods and towered strong over the magnificent kingdom. As time passed, the queen fell ill and she summoned her people to compete for her crown. The crown would be passed on to the person who could build the most pristine garden around the pagoda. The heir would be chosen by the four Gods themselves.

The goal of Four Gardens is to accumulate the most points by completing Landscape cards and finishing sets. These finished sets are called “panoramas” and they create a panoramic view of your garden. Your score at the end of the game will be the total of the goodwill you have earned from the 4 Gods (shown by your position on the 4 God’s tracks on the Scoreboard), plus the value of any Extra rewards Bonus Tile you may have gained from finishing a set. This goodwill is earned by completing Landscape cards. Landscape cards are completed by laying Groundwork cards, acquiring resources, and allocating those resources to satisfy the requirements of each Groundwork card.