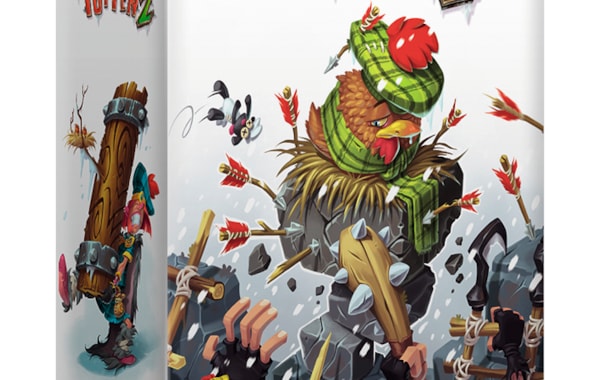 The 1999 card game Schotten Totten is a fantastically tight and elegant battle of wits that drops players into the role of chieftains of warring Scottish clans. It sees competitors lay down cards representing their warriors at nine boundary stones marking the border between their territories, aiming to build stronger card combinations than their opponent. The result is a bit like playing nine simultaneous hands of poker, although thankfully it’s easier to get your head around than it sounds.

Now designer Reiner Knizia has produced a sequel. Schotten Totten 2 keeps the original’s clever card play. But this time it casts one player as an attacker laying siege to their opponent’s castle while the defenders fight to repel them.

There are some new tricks to discover, too. The attacker can use strategic retreats to pull their troops out of one part of the battlefield, accepting a temporary setback to replace them with stronger forces. The defender, meanwhile, can dump cauldrons of boiling oil on the besieging hordes, sending them scorched and scurrying back to their camp. As in the previous game, there’s also an advanced mode with special tactics cards which let their owners manipulate the combat in various ways.

The only real downside is that the attacker vs defender setup can sometimes feel lopsided. If you’re attacking, you’re actively trying to tear down walls and storm ramparts. If you’re the defender, you’re fighting to hold off the assault until the deck of siege cards runs dry. Running out the clock feels less exciting by comparison.