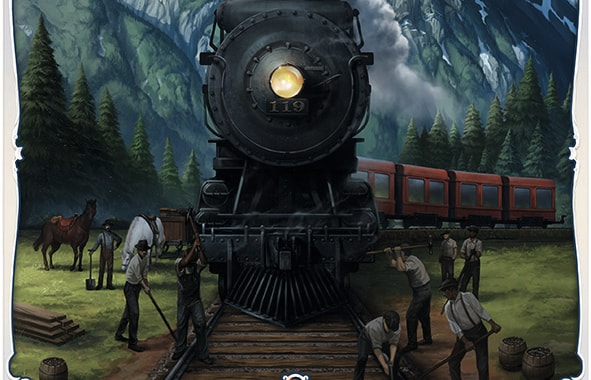 Kickstarter has a lot to answer for. It’s perfect for individuals or smaller companies to find funding for their ideas, especially when games have bizarre themes or unexplored mechanics. Less so when it becomes a marketplace of ‘Buy this because it has all the things that are in other games you like.’

Pacific Rails Inc. is a worker placement, resource management, engine building, route building, variable scoring train game. I know this because the box literally advertises these mechanics like they’ll trigger a Pavlovian response to immediately empty your wallet, which worked for over one thousand five hundred backers.

The game pits 2-4 players in a race to build the first transcontinental railroad. Players gather resources to build train tracks, travelling city by city until east meets west, ending the game. All actions are performed by placing workers on a shared town, with worker spaces being adjacent to multiple actions. First, players must gather the specific resource needed for each of the three different types of track, each track corresponding to a different terrain type (you want to travel through hills? You’ll need gunpowder to create a tunnel.) Next, players activate a foreman to convert their resource into track, before finally using the “lay track” space to build their line.

You’ll start the game only gathering a single resource or building one track, but by building houses to increase resource production or hiring specialists that let you build multiple tracks at once, players quickly develop engines to literally steam ahead. 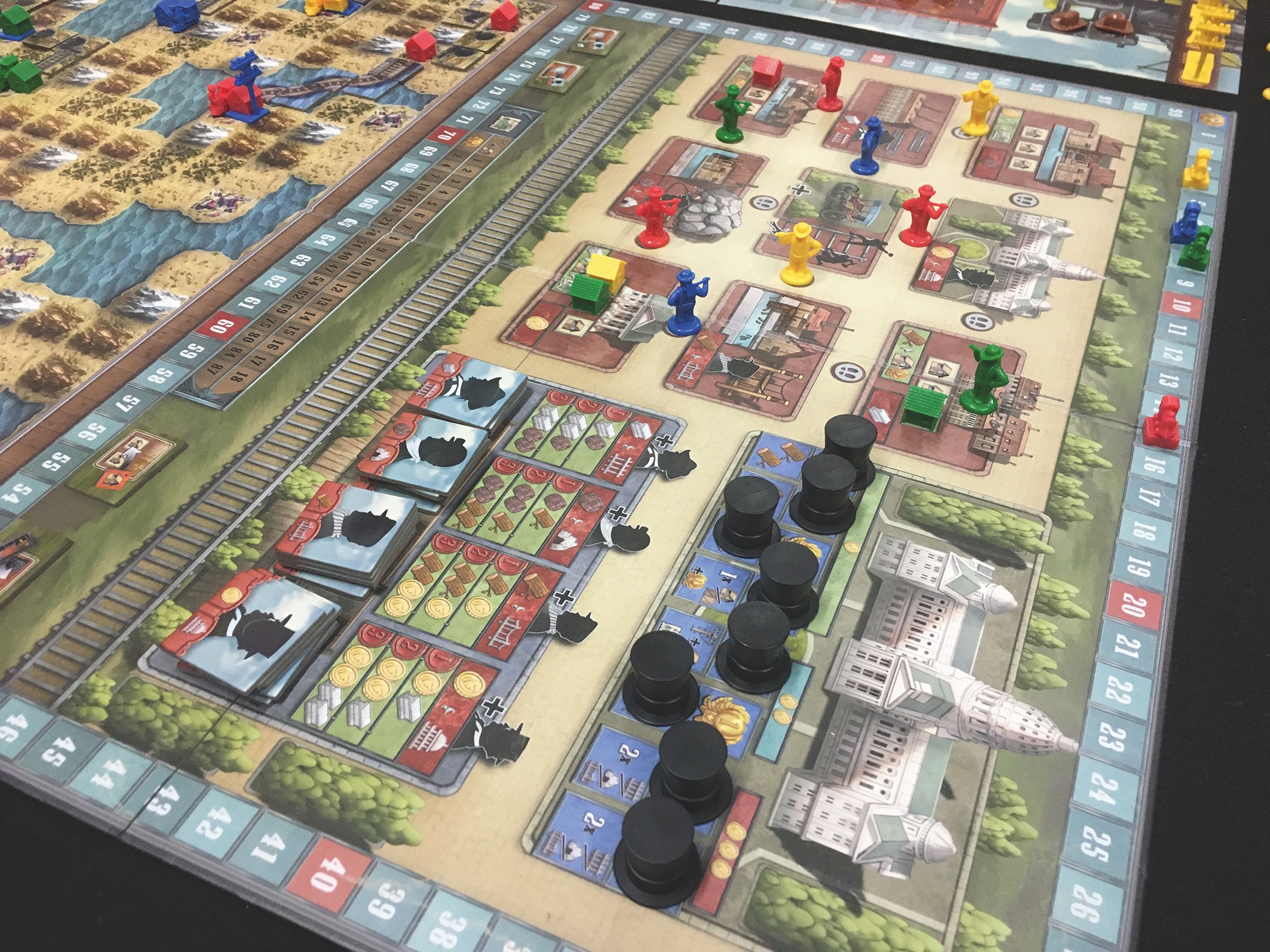 Points are earned through connecting new cities and laying track, but you can also gain points if an opponent has to travel through a city you’ve previously connected to build their own route.

Actions are triggered by placing and removing a worker from a location. If you have other workers adjacent to the same action, you get to perform it multiple times. If there’s no room for you to join an existing action, you can also force all adjacent workers to leave, giving affected players the power to repeat a future action whenever they want.

Unfortunately, just as your eyes open to the gameplay possibilities, you’ll realise that someone is two cities away from completing their route and ending the game. There’s so many different systems fighting for your attention, each tweaking your engine to dramatically improve its performance, but you’ll barely get time to give anything a spin before everything’s over.

There are whole aspects of the game that I never saw utilized in my playtesting. Gold is the only resource that doesn’t buy tracks, but instead powers a lobbying mechanic, earning shed loads of resources and points if you commit to manipulating it. But in a game where all that matters is connecting your routes, you have to decide whether lengthening the time it takes to finish the game is worth the effort.

And the game is quick, taking up to an hour to finish, but at least an extra twenty to thirty minutes in unpacking, explaining and tidying up. If a game takes that long to prepare, I need it to reward my time investment with either a longer or more engrossing experience than this.

Yes, this time commitment would be rewarded with multiple plays, so if your playgroup naturally latches onto engine building Eurogames, you’ll find enough novelty to encourage that time investment. But you really have to love the mechanics over the game itself to get the most out of it, something that I could only advise to players who were sold solely on the theme and list of gameplay features.

If you cannot get enough engine building worker placement games about trains, you’ll enjoy how well presented this game is. Not recommended for players with little experience of the genre.

TRY THIS IF YOU LIKED Empyreal: Spells and Steam

While not a true analogue, if you like some of the mechanics of Empyreal: Spells and Steam, but could do with a more grounded theme, this is worth the ticket price.