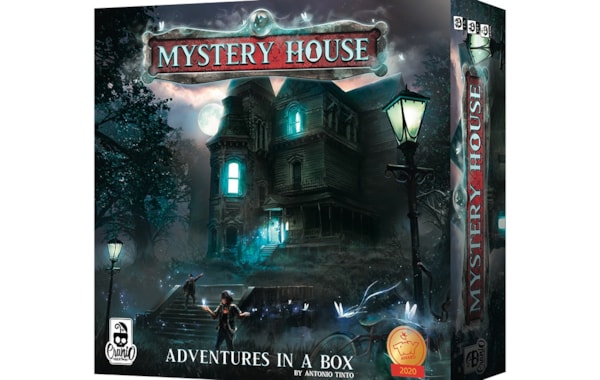 The allure of escaping your own four walls has never been as strong as it has been recently, and so playing an escape-room type of board game feels a little bittersweet. But there probably hasn’t been a more perfect time to imagine escaping to mythical, historic, wonderous and even scary locations to explore and uncover their mysteries. So as the new kid on the escape-room block, the arrival of Mystery House could not have been timelier.

At the core of Mystery House is a simple, yet elegant gaming system. The box forms the main component of the game: a three-dimensional grid in which various cards slot to create rooms and corridors of the scenario’s particular setting. There are windows and openings allowing players to look inside and during the course of the game card ‘walls’ will be removed to allow to delve deeper inside the ‘house’. This forms a fairly significant tactile element of the game. Players will be rotating and angling the box to get a better look inside, and even – as advised in the rule book – using their phone’s torches to get a clear view. It is not just about solving the puzzle – you have to spot it first.

A free app is used to interact with the environment. Players key in the number on their card and from the list of items select name of the one they want to explore further. Then they will either get a piece of the story, or will be able to combine it with items they previously found during their exploration, or will be required to input a code (usually found through solving various puzzles) to enter the room or reveal a new area.

The app is fairly minimal in its function: it has the role of the storybook to simply give you the right piece of information when presented with a correct trigger (be that a tile number, an item or a code). In many ways this is a good thing: it does not distract you from the physical interaction with the components: the joy of discovering a new image because you shone the light inside the house or having items cards laid out in front of you on the table to figure out a puzzle. 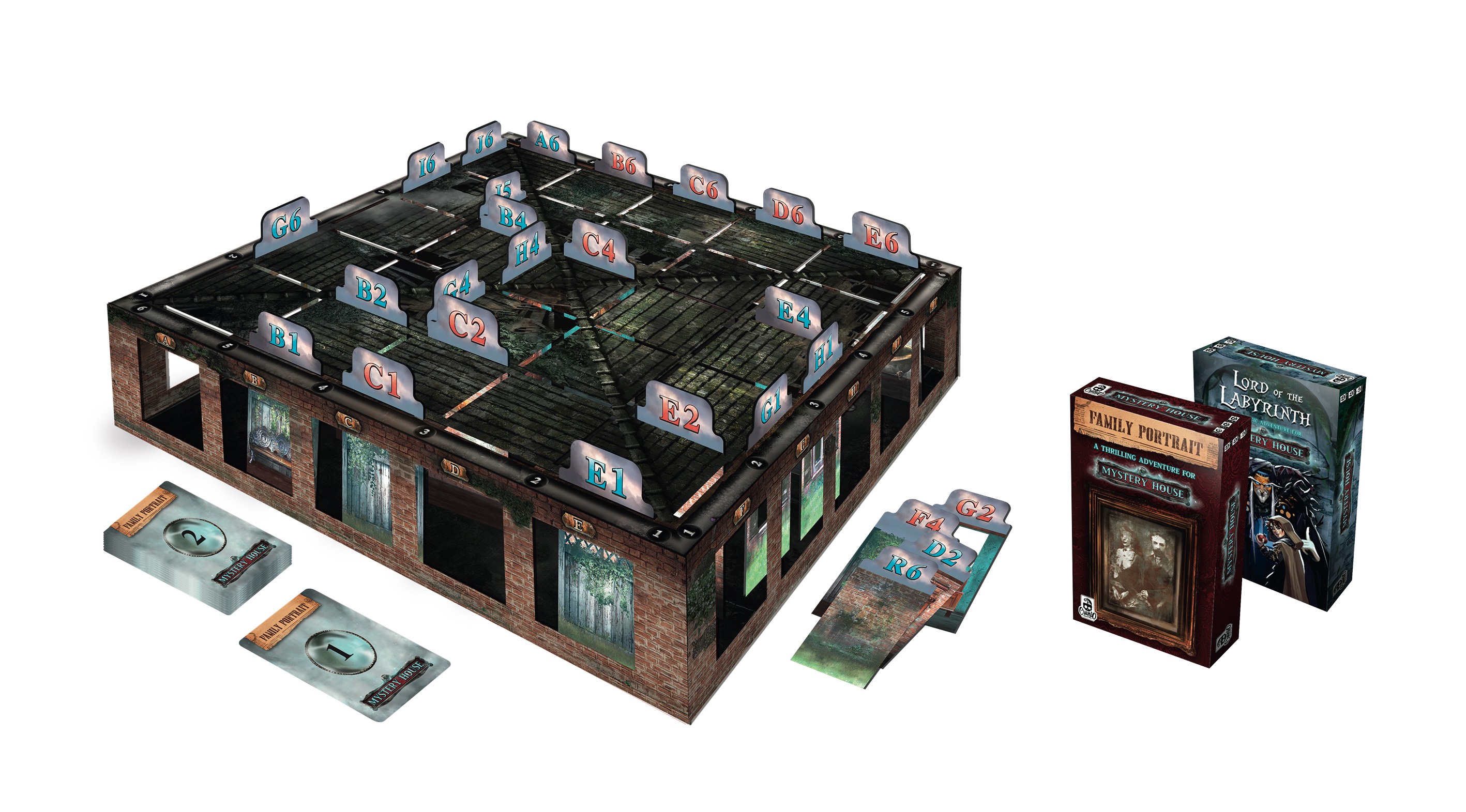 However, where the app could have been more intelligent is in clue giving. The first clue is usually a vague reference; the second clue is slightly less vague, but is still very general; the third clue is an outright answer. Most puzzles require players to find specific items in the environment, like a piece of map or part of a code. Failure in solving a puzzle is usually not because players don’t know how to solve it, but because they can’t find a needed piece of information. As the app tracks all items players collect, a cleverer system would be able to identify which pieces are missing and direct players to their location, rather than giving a solution to the problem outright.

As for the scenarios themselves, they start entirely predictably: in an abandoned spooky mansion and in the mythical labyrinth, with other scenarios available to purchase separately. While these themes have been tired for many years now, they work extremely well with the Mystery House system. Each feels like exploring a vastly different environment, with its own challenges and mysteries. Some puzzles feel really rewarding, others fall short, giving off a feeling of the old point-and-click-video games: you wander around mindlessly combining all items you can find together until something finally happens.

In any game with scenarios, some of them will be more successful than others, so one must turn to the underlying system to see if the game could stand the test of many playthroughs. This is where Mystery House succeeds with flying colours by encouraging players’ sense of wonder, allowing them to physically explore a three-dimensional house and challenging them not only to solve the puzzle but spot it first.

It may have been overly safe with its choice of themes, but the potential of Mystery House as a system is undeniable. The physicality of looking into the rooms, peaking through the windows and investigating mysterious objects brings a whole new dimension to the escape the room genre of board games.

TRY THIS IF YOU LIKED THE EXIT SERIES

If you enjoyed the ’one-and-done’ puzzle nature of games from the EXIT series, then Mystery House will be just down your alley.