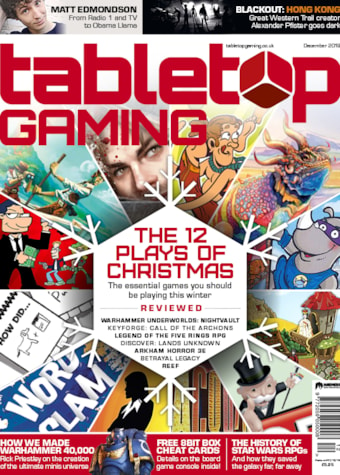 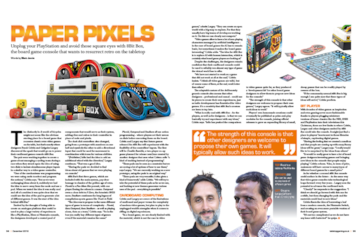 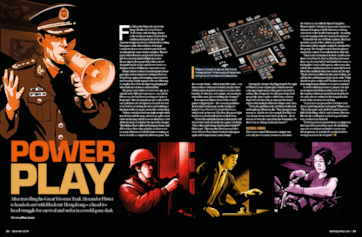 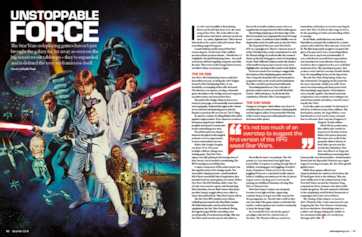 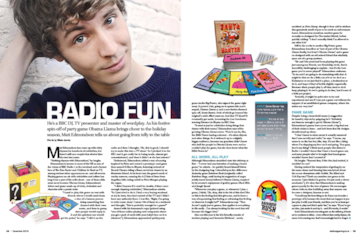 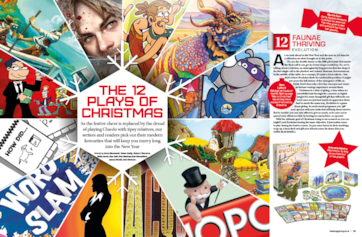 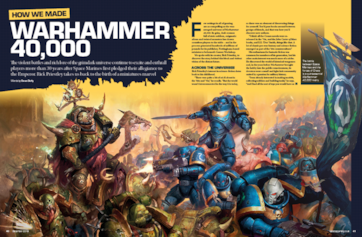 12 Plays of Christmas: We pick our dozen favourite festive favourites to play with family and friends this winter, and consider whether the much-dreaded Monopoly deserves a second Chance…
Reichbusters: Projekt Vril: The team behind Time of Legends: Joan of Arc and Solomon Kane returns with their next blockbuster board game, a Nazi-smashing, mech-battling, Wolfensteinian romp through a sci-fi-flavoured World War II
Blackout: Hong Kong: Great Western Trail creator and multi-Kennerspiel des Jahres-winning designer Alexander Pfister reveals his distinctly different next game, a competitive campaign set in a powerless city plunged into chaos
Star Wars RPGs: A long time ago in a galaxy far, far away, the Star Wars roleplaying game played a huge part in defining the extended cinematic sci-fi universe. With the space opera’s cosmos bigger than ever before, we revisit the legacy of Star Wars on the tabletop
How We Made: Rick Priestley takes us back to the Big Bang moment for the tabletop’s ultimate grimdark universe, Warhammer 40,000
Ragnar Brothers: As the British designer trio behind History of the World prepare to release their ‘final’ game, The Romans, we speak to them about 30 years of making games and what comes next
Matt Edmonson: The BBC Radio 1 DJ and TV presenter chats about making his gaming debut with the rhyme-tastic party hit Obama Llama, its pun-a-licious sequel and this year’s festive follow-up, Santa Banter
Plus painting guides, roleplaying advice, columns, designer interviews, All the Jahres, shop spotlight, event report and more!
And reviews! Including:
• KeyForge: Call of the Archons
• Discover: Lands Unknown
• Reef
• Between Two Castles of Mad King Ludwig
• Orbis
• Warhammer 40,000: Heroes of Black Reach
• Gizmos
• Coimbra
• Gunkimono
• Gingerbread House
• Rise of Tribes
• Legend of the Five Rings RPG
• Heaven & Ale
• Maki Stack
• Flotsam Fight
• Deadwood
On sale 30 November 2018