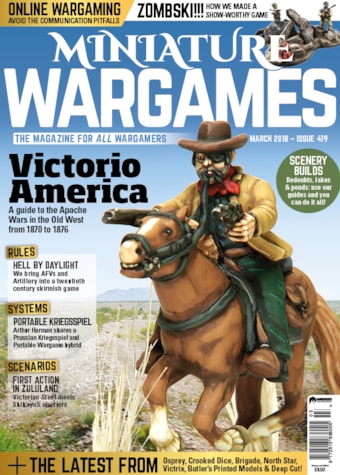 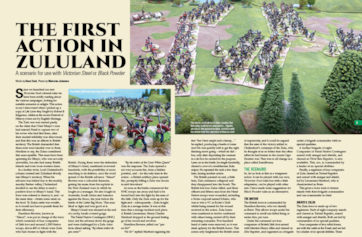 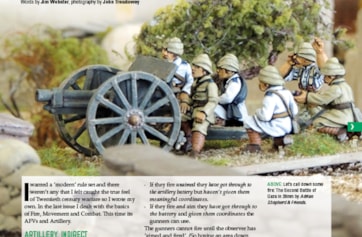 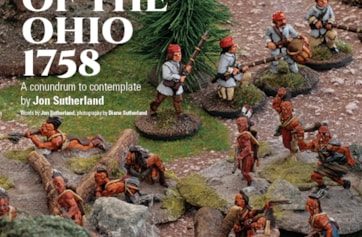 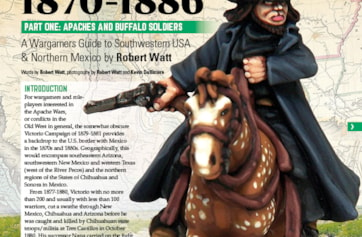 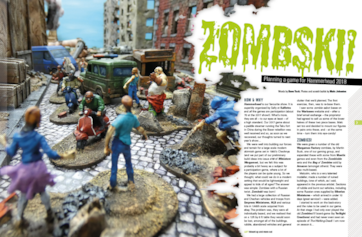 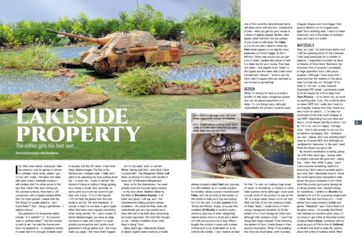 Only in this month's issue of Miniature Wargames:

SEND THREE AND FOURPENCE
Helpful hints to help with running a long-distance campaign over the web.

HELL BY DAYLIGHT
Part two of a set of rules for 20th Century Skirmish: AFVs and artillery!

ZULULAND
A scenario for use with either Victorian Steel or Black Powder.

ZOMBSKI!!
The creation – and the rules – to fight a modern Zombie game.

The usual sensor sweep of the latest news in F&SF gaming with releases from Darkest Star; Osprey; Titan; Daemonscape; Crooked Dice; and Brigade.

VICTORIO CAMPAIGN
Part one of a guide to the Apache Wars in the Old West from 1870 to 1876.

On sale 9 February 2018 but buy your copy today