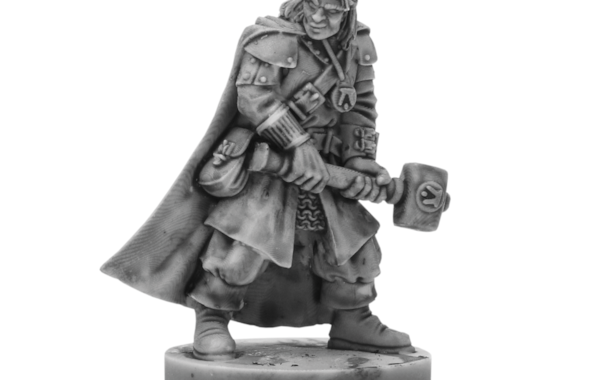 The finest faction yet for the superb skirmish board game

Last year, Martin Wallace’s Wildlands blew us away with its super-slick, ultra-refined card-based take on the miniatures skirmish genre. Its appealingly motley factions and busy, colourful double-sided board made it clear from the start that it would benefit from expansion sets, and publisher Osprey Games hasn’t held back from delivering them. First out of the gate was the six-strong reanimated horde The Unquiet Dead, and now we have The Adventuring Party – a quartet of classic questing hero types: barbarian, rogue, wizard and cleric.

With one fewer party member than the other base set factions (and two fewer than the zombie gang), they might appear underpowered. But Wallace balances that by adding a new action to this deck: a heal, for the cleric character, Thom. This can really make a difference in the thick of battle, and offers a great way to confound your opponents.

You can also recast the heroes as a gang of troublesome looters – game-controlled characters with preset actions who move around the map during your battle and try to nab the players' crystals. It’s a fun enough addition to the scrappy chaos, but in truth this faction is best appreciated as an active participant. In fact, we’d go as far as to say they’re the finest faction yet. Only having four of them gives you more tactical focus (protect the healer!), which certainly adds an appropriate against-the-odds thrill when playing them.

With new maps also on the way (May’s Map Pack 1 features a warlock’s tower and a deep, crystal-studded canyon), it’s clear these expansions are going to keep coming. On the evidence of The Adventuring Party, that can only be a good thing. All we need now is a Scythe-style Automa deck to make a solo mode possible, and we’re set.