Who Ya Gonna’ Call? Ghost Fighters!

Bringing frights to a game founded on heroic fantasy battling is always going to be a tough ask, but with its library of doomed domains and blood-spattered story ideas Van Richten’s Guide to Ravenloft makes a decent fist at helping dungeon masters inject a little horror into their game nights.

The chunky sourcebook is an intriguing addition to the ever-growing library of fifth edition Dungeons & Dragons supplements and sits somewhere between a setting guide and a more generalised guide to running horror games. It certainly gives you plenty of tools for adding a darker tinge to your more conventional campaign, but at the same time it prods readers into running games set in the titular realm of Ravenloft – a haunted mass of demi-planes that have been serving as D&D’s horror setting since the 80s.

Where other trips to new worlds have come packed with lots of character options and monster stat blocks to throw into your game, Van Richten’s Guide is comparatively modest on the mechanical front. There are a handful of spooky ancestries and a pair of fresh sub-classes, but that’s about all that players can pick up from the book. At least, among the conventional options. The most detailed set of new rules revolves around ‘dark gifts’ that range from living shadows to a symbiotic entity living somewhere within their body, and that can hurt heroes as much as they help them.

Instead, Van Richten’s Guide devotes the overwhelming majority of its pages to detailed guides on tackling different horror tropes and outlining more than 30 Dread Domains that can each serve as a mini-setting, complete with its own spin on the genre.

Want to trap your players in a brutal military version of a zombie apocalypse? Stick them in the realm of Falkovnia, where a ruthless general is trapped in an endless losing war against an enemy that won’t stay dead.

Feel like trying out some classic body horror instead? Try the brain-swapping domain of Dr. Viktra Mordenheim, whose obsession with mad science has led to a population treated as little more than walking organ sacks.

The range of unpleasant campaign destinations is impressive, and though many of the domains are little more than sketches well over a dozen of them are detailed enough to get a game going. Each of these comes with plenty of hooks and ideas to explore, and though they are a little light on stats – even the famed dreadlords use slightly tweaked NPC blocks – there’s plenty of story to help balance that out.

The nature of Ravenloft, where every demi-plane is linked to the others by magical mists, also means that it’s fairly easy to spend months engaged on a horrific genre-hop. You could very well devote an entire campaign leaping from vampiric castles to Lovecraftian laboratories as your party tries to find a way back to reality.

All told, the Ravenloft-specifc content amounts to about half the book. Much of the rest is given over to rather more generic advice and optional rules, all designed around capturing that spooky vibe at the table. Importantly, Van Richten’s Guide makes a point of delving into the realm of player safety – important when you’re moving into horror territory.

Beyond this, the guidelines and tips are useful stuff for the most part and give a good grounding on how to make things a little more tense than usual. If you stick to their suggestions and do what you can to get the pack going and distractions minimised, you’re likely to have a decently spooky night of gaming.

However, it’s hard to ignore that running traditional horror using the standard D&D ruleset isn’t an easy task to shoulder.

So many of the standard tropes rely on combat being a last, desperate resort, and on the main characters being relatively powerless. These are both hard – though not impossible – to maintain when the party is laden down with powers that only really work when they get in a fight, and the wizard is packing a tome-full of fireballs.

If you pick up Van Richten’s Guide in the hopes of turning your D&D game into a genuine horror experience, able to mix it up with the likes of Call of Cthulhu and Alien: The Roleplaying Game, you might be disappointed. On the other hand, if you’re happy with the occasional chill and a dollop of spooky set-dressing this may well be just the book you’re looking for. 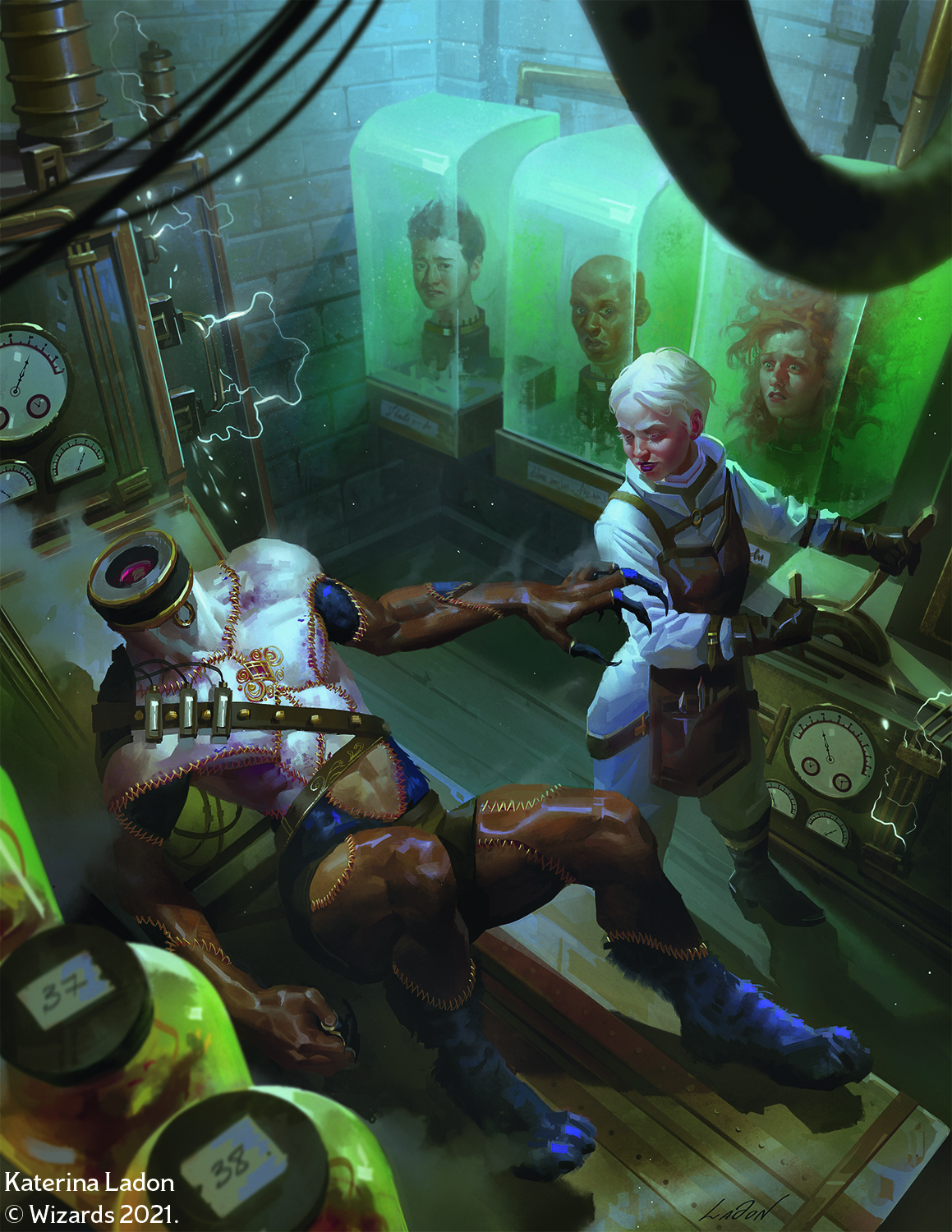 With solid advice and a pile of dread domains to explore, this neat little tome excels at helping you ramp up the frights in your D&D adventures

TRY THIS IF YOU LIKED Curse of Strahd

One of 5E’s most popular campaigns is set in just a single Domain of Dread. Imagine what you can do with 30 of them!