Valley of the Vikings Review Board games are a fantastic part of any childhood, and the benefits of playing them at an early age are almost too numerous to list. They introduce children to ideas like taking turns, adding up points, thinking about probabilities and (hopefully) maintaining a good attitude whether winning or losing. So, it’s a shame that most of the games we encounter in our early years tend to be, well, crap. There’s snakes and ladders, a roll-and-move snoozefest reliant entirely on random chance. Or Mouse Trap – equally luck-based but with a box full of plastic junk doomed to be lost under the sofa or left lying on the hall floor for an unwary parent to step on with bare feet.

Kids deserve better, and thankfully there are people making an effort to ensure they get it. German publisher Haba has spent years releasing children’s games that combine fast-playing simplicity with pretty components and a genuine degree of challenge. Valley of the Vikings is the latest in their line of releases aimed squarely at younger players, and while it comes with plenty of longships and horned helmets, it feels less like a trip to medieval Scandinavia than a tabletop game of skittles.

Its action plays out on a big board pieced together from a collection of different segments. In the centre, you’ll place a collection of wooden barrels, each corresponding to the colour of one of the players. On your turn you’ll take a plastic ball, position it on one of the corners of the playing area and thwack it towards the barrels, aiming to knock at least some of them over.

Every time a player’s barrel falls, they’ll be forced to move a token representing their character along a harbour track at the top of the board. Eventually, someone will find themselves at the end of the pier and be forced to dive into the water, with everyone who remains on dry land gaining points in the form of gold coins.

It means you’ll need to be careful about which barrels you knock down on each of your turns. On the one hand, you don’t want to find yourself perched on the harbour’s edge with nowhere to go but down. On the other, getting further along the track can result in a greater reward when one of your opponents ends up in the sea. Claiming the most valuable rewards can often risk leaving yourself in a vulnerable position.

It’s a fun premise, and kids will enjoy the anarchic process of knocking things over. But unlike some of Haba’s other titles, it’s not one that adults can appreciate on an equal level. The fact that other players will almost always be able to topple your barrel makes it pretty much impossible to come up with any kind of coherent strategy, and your enjoyment of the game is likely to lie in the expression of chaotic joy on your own little Vikings’ faces as they unceremoniously shove you into a fjord.

Every gamer parent should give thanks for the existence of Haba. But where their releases like Rhino Hero Super Battle and Animal Upon Animal are fun for kids and grown-ups alike, Valley of the Vikings is definitely tilted at younger players. They’ll have great fun knocking things over, but adults playing with them won’t feel quite so engaged.

Try this if you liked… Rhino Hero

Another Habba hit that asks players to make some silly dexterity choices, even if here it was a little more vertical. 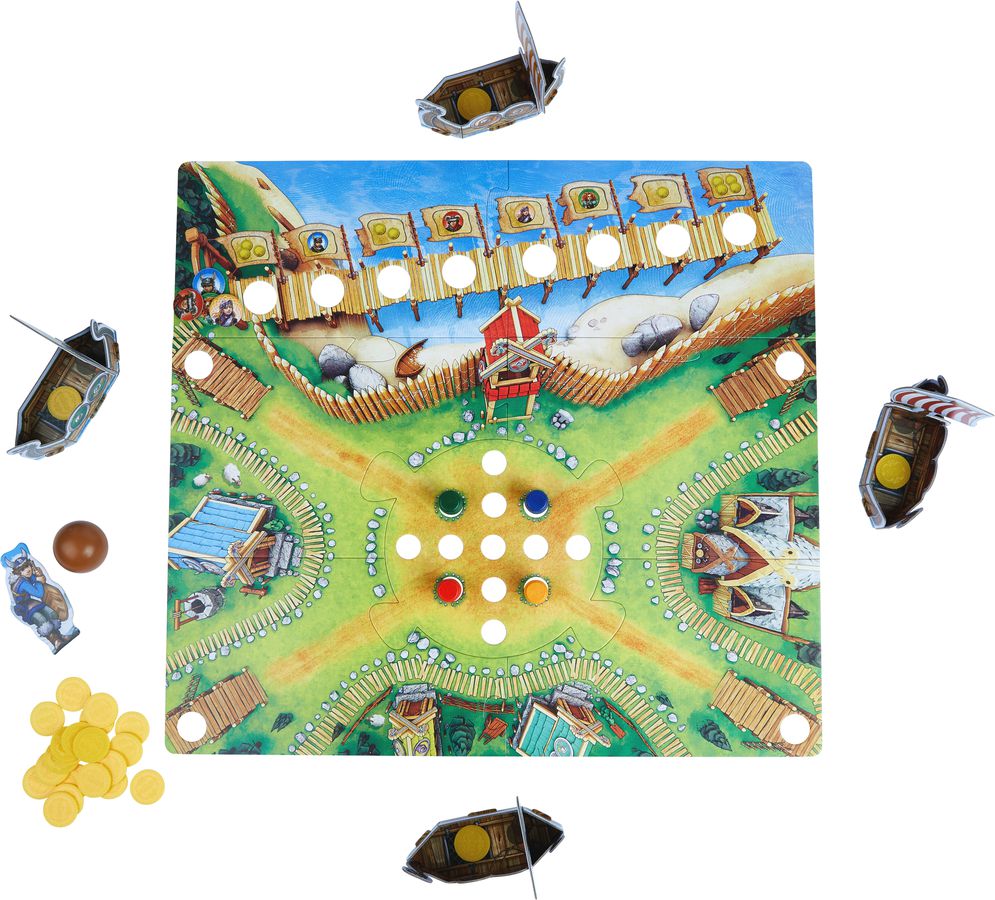