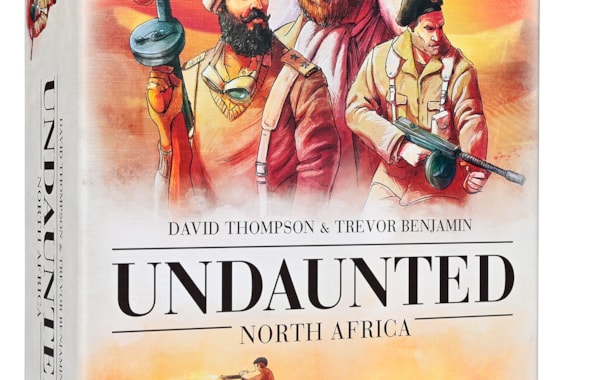 Tanks for the memories

There’s two main ways to do war on the tabletop. Many like to attempt a simulation. Hundreds of tokens or miniatures, rules for every part of the conflict from reloading to morale, and a sense of a complete machine being turned by your hand. The other is abstraction, focusing on the broad strokes and, in truth, getting to the most meaningful parts of conflict. 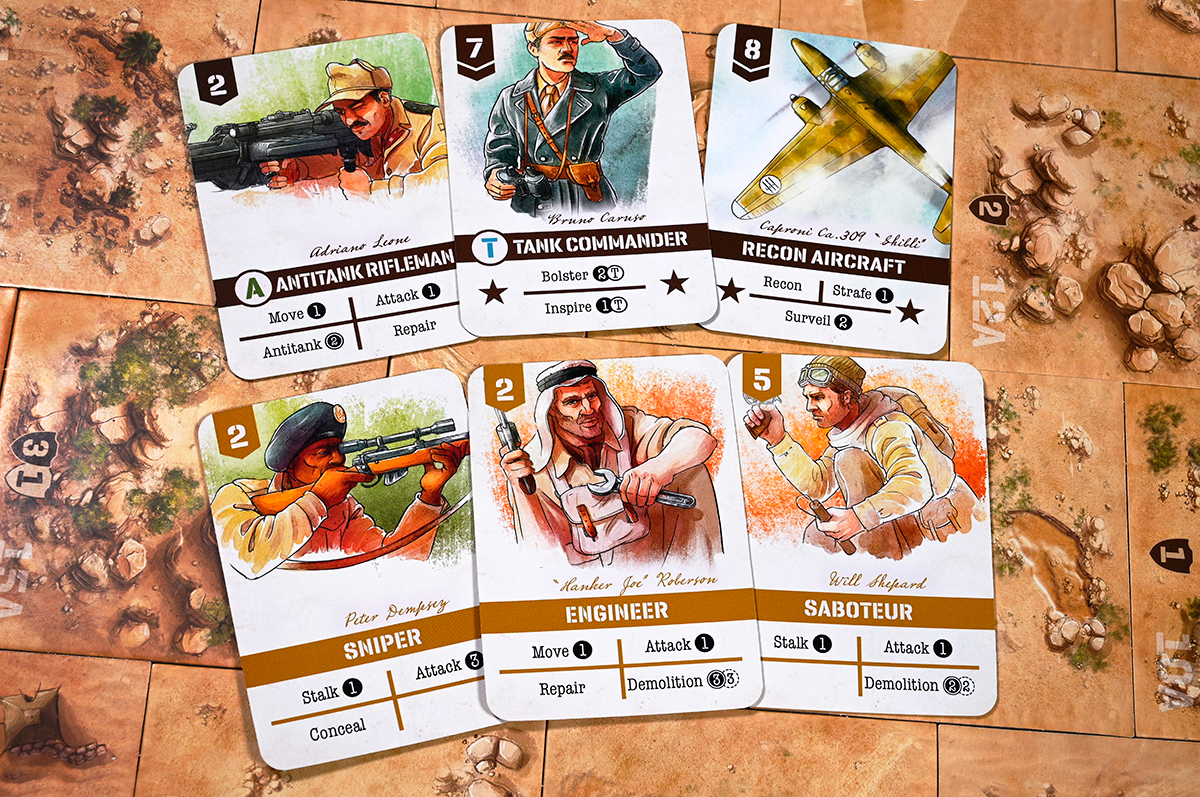 Undaunted: North Africa, the sequel to Undaunted: Normandy, is on the latter end of this spectrum. Like the previous game, from which the rules are only tweaked and improved, players set out a scenario using tiles and then create starting decks to draw from each turn. The game is about bolstering and improving your deck by removing the fog of war added through exploration, and calling in more soldiers to improve your chances of drawing them. You’re also trying to thin out your opponent’s deck by shooting at their soldiers. A kill means they lose a card, and if it’s the last in the deck, the token and all cards that go with it are removed from the game. For those who have played Undaunted: Normandy, you will notice a deviation here – previously soldiers could always be bolstered from the supply, now there is a real danger in having a soldier type wiped out. This is something of an improvement, stopping games running too long. 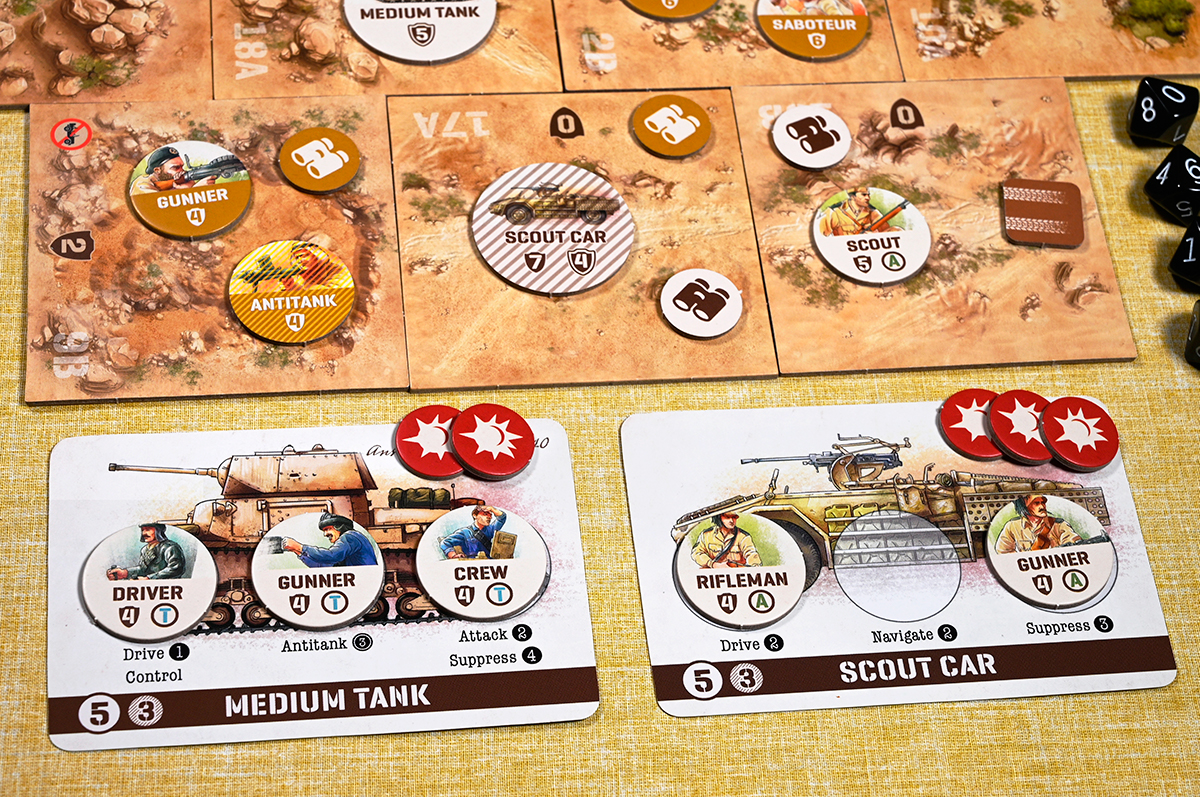 We’re placed in North Africa, playing as either the Italians or the British Long Range Desert Group, and while much remains the same, we do have one important feature introduced: tanks. Tanks, and other vehicles like gun trucks have been added to the box, and offer a minor amount of additional management. When soldiers are placed inside tanks, they swap their action for the actions of their seat, allowing them to drive, fire anti-tank shots and so on. This makes for interesting manoeuvres and allocation of soldier tokens, as while someone is driving, they can’t shoot, making the use of vehicles one of the key puzzles to unpick when pressing forward to your objective. They’re an obvious advantage, but it’s an elegant trade off. And objectives are the draw here. If you lose sight of what you’re meant to be doing, then you’re likely sunk. Staying focused is important for winning the battle.

What Undaunted: North Africa does best is asks you as a player to make the large and sweeping choices in the war – your actions count at every point, as do your opponents. As such it really does have the feeling of duel about it – the game itself falls away to be about way your strategy interlocks with your opponent’s weaknesses. 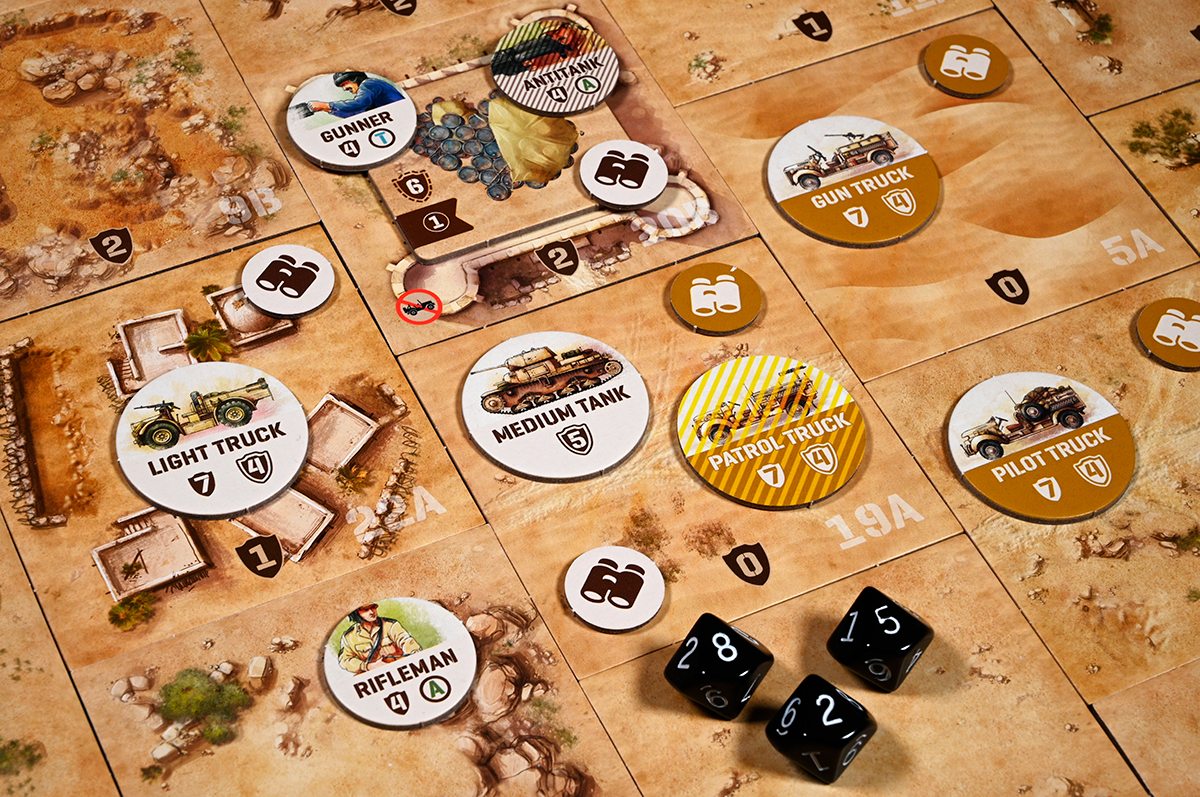 Everything you loved about Undaunted: Normandy is here, with polish, and a sprinkle of novel new features. There are few war games that are accessible while remaining ‘truly’ a war game. This one is nearly perfect, and with enough community scenarios in the future, might be the only one you need.

Much like its predecessor, Undaunted: North Africa presents us with the tight gameplay and meaningful strategic decisions that make conflict fun and accessible. If you’re looking for a war game that lets you make real decisions in less than 40 minutes, then there’s nowhere better to start.

TRY THIS IF YOU LIKED: Undaunted: Normandy...

If you wanted more Undaunted, this is a great sequel. For those who are about to dive in, there’s no harm starting here.