Prehistoric ranching in the palm of your hand

It’s odd to think that with Scott Almes’ latest foray into the tiny and the epic, we can effortlessly grasp the equivalent of several thousand reptilian ton and 175 million years of prehistoric evolution into a single hand. Thanks to their scope and compactness there’s always been this godlike essence to playing the Tiny Epic games – but reducing a fifty six ton brachiosaurus to an effective toothpick is a whole new level. But don’t let that go to your head – Tiny Epic Dinosaurs isn’t asking us to rule over these gargantuan lizards – instead players will be assuming the roles of rival ranchers tasked with raising dinosaurs and  fulfilling theme park contracts through slick worker-placement mechanics.

Like the rest of the Tiny Epic series, there’s a lot of game crammed into its little box – both physically and mechanically. Large decks of contract and research cards keep things fresh from game to game, as do the varied ranch mats, but most impressive is the shear amount of dinosaurs on offer. Seventy five meeples – representing 19 different species of dinosaur - rapidly spill out across players’ ranches throughout the game, and whilst they’re certainly tiny, they are nonetheless surprisingly detailed. Players also get a team of four ranchers and one oversized lead rancher (who counts as two in majority situations), and three cute resource markers.

In terms of mechanics, Tiny Epic Dinosaurs’ core worker placement framework never feels like a diluted take on the genre, offering plenty of options, tense decisions and a sense of growth despite its diminutive size. Indeed, the sense of escalation following each of the game’s six rounds packs the same cerebral punch as games five times its size. The spatial puzzle that comes with actually arranging ranches is a particular highlight, as players must not only keep species apart, but also plan for breeding whilst keeping the precious resource generating spaces free.

Whilst the scale may be small, players’ ranches manage to be more than abstract grids thanks to the nicely thematic needs of the dinosaurs. These creatures need space and specific diets, and failing to provide these causes problems. Escaping dinosaurs can damage enclosures (a relatively costly resource) and even kill off other dinosaurs, thus making caring for your animals a tricky but necessary puzzle. Thankfully, all of this feels quite flexible, and rearranging ranches as new dinosaurs rapidly come and go is a pleasure to master.

Points are largely scored by fulfilling contract cards. A number of these are displayed publicly and can be obtained by taking the appropriate action and discarding the required dinosaurs. Each player will also start with a private contract and gain another one in the fourth round. These score considerably more points but frustratingly must be fulfilled at the same time as a public contract – a considerable feat but not impossible.

Aside from a few garish illustrations, Tiny Epic Dinosaurs mostly looks the part and makes the most of its limited footprint. Components are of good quality – especially the meeples – and setup is surprisingly simple considering its fiddly size. In terms of gameplay, Tiny Epic Dinosaurs sits up there with the best of the series, and wouldn’t feel amiss in the collection of any die-hard work placement fan. Two iguanodon thumbs up.

Even if cute dinosaur meeples aren’t your thing, there’s still an engaging, challenging, and nicely thematic worker placement game here. A well thought out and nicely replay-able solo mode is an added bonus.

TRY THIS IF YOU LIKED DINOSAUR ISLAND…

Tiny Epic Dinosaurs might not have the grandeur of the gorgeous Dinosaur Island, but its clear focus on the creatures themselves makes it arguably the more dino-centric game. 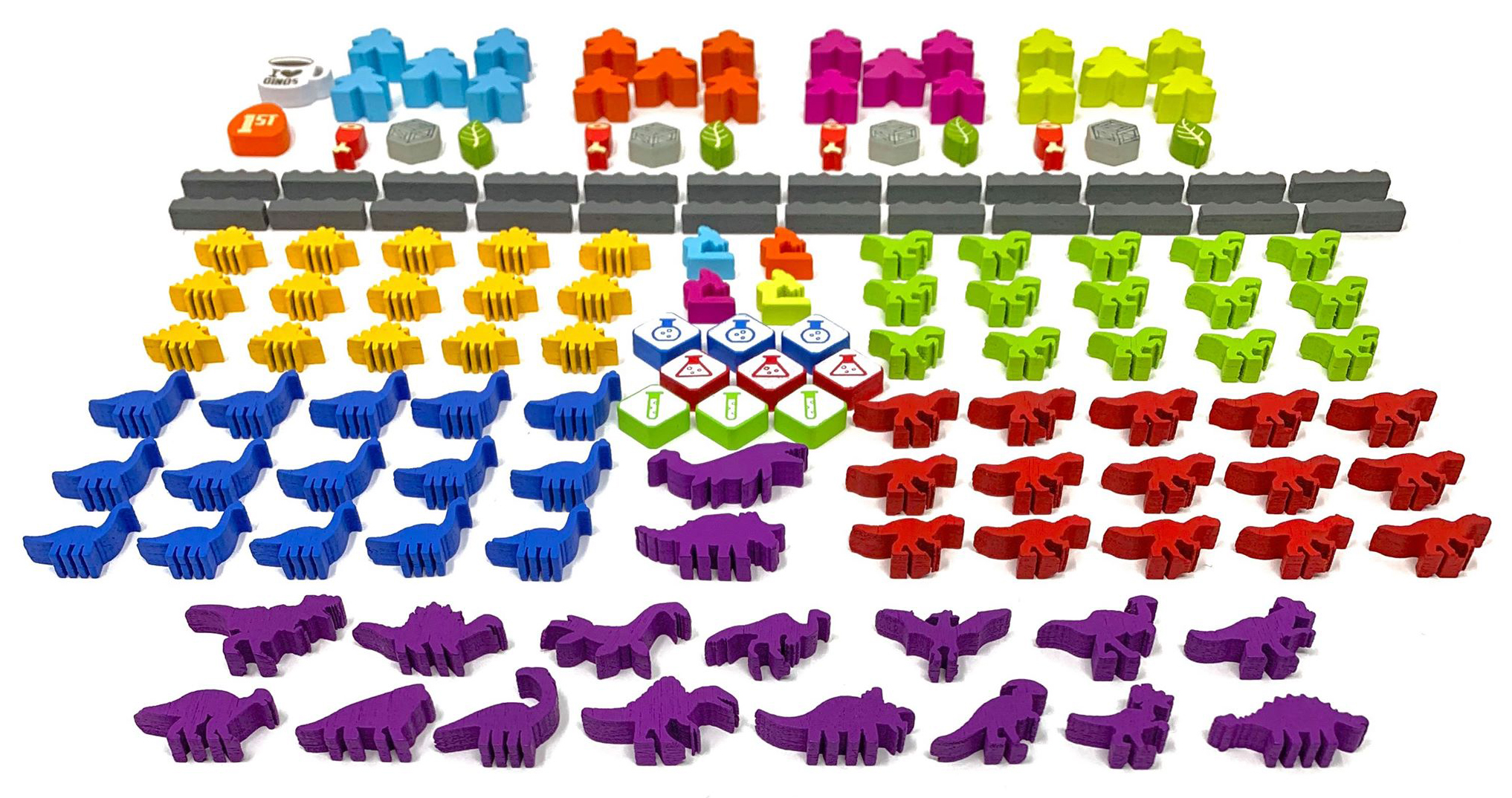