All aboard a well-known route

Ticket To Ride: Europe often tops the list for the best of the series. This is partly because the map is a little kinder in layout than the North American map, and also the little wrinkles that the stations (place a station at key points and you can use other player’s routes to complete yours) and tunnels (after paying, flip cards from the top of the deck, matching cards mean you have to pay one more of the same colour). These extra bits of sharing and push-your-luck add a sprinkle of spice to a familiar and homely pudding.

So, what then does the 15th Anniversary Edition add, if a little spice is already present? It’s probably something like a great deal of gold leaf. The board is now, frankly, massive, with new art that feels enjoyably crisp. There are also new tins filled with your brand new, highly detailed train carriages. These are not only individual for each train company, but area also printed or painted up with marking and logos of each railway line. The stations are equally as lovely, and once it’s all out on the board, there’s something pleasingly de-abstracting about the set up. While we often recommend a small box city based Ticket To Ride Amsterdam or London, that’s us reducing the game to its purest mechanical parts for the quickest hit, here we’ve got something that expands the sense of the game into something a bit more luxurious.

Aside from the aesthetic upgrades, and any good feelings that come with it, there’s also the addition of all of the bonus destination tickets, and a guide to using them in various combinations with slight set-up tweaks to get a ‘Europe 19T2’ or ‘Big Cities of Europe’ flavour. These are welcome bits of additional gameplay that can breathe a bit more life into the game before heading down the rickety and jolly tracks of house rulings.

The downsides of all the nice bits in the box, and mostly the huge map, is the size of the box itself is thoroughly kallax unfriendly, being the beast that it is. It’s maybe designed as a bit of a collector’s piece in some ways, to be displayed as much as played – and the art upgrades are lovely enough to warrant that. We don’t usually worry too much about a game hogging your shelf space, but here it’s worth a mention for how entirely unwieldy the box is. If you’ve got an open space for it though, it’s a winner.

All of the extra routes, a snug box (especially if you sleeve the cards), and the beautiful table presence makes this outing worth it for the RRP in the end. It’s really never going to get more complete than this collection.For those without a copy of Ticket To Ride in their life, or just want one to rule them all, this is a fabulous entry for those with a big enough table and wallet. 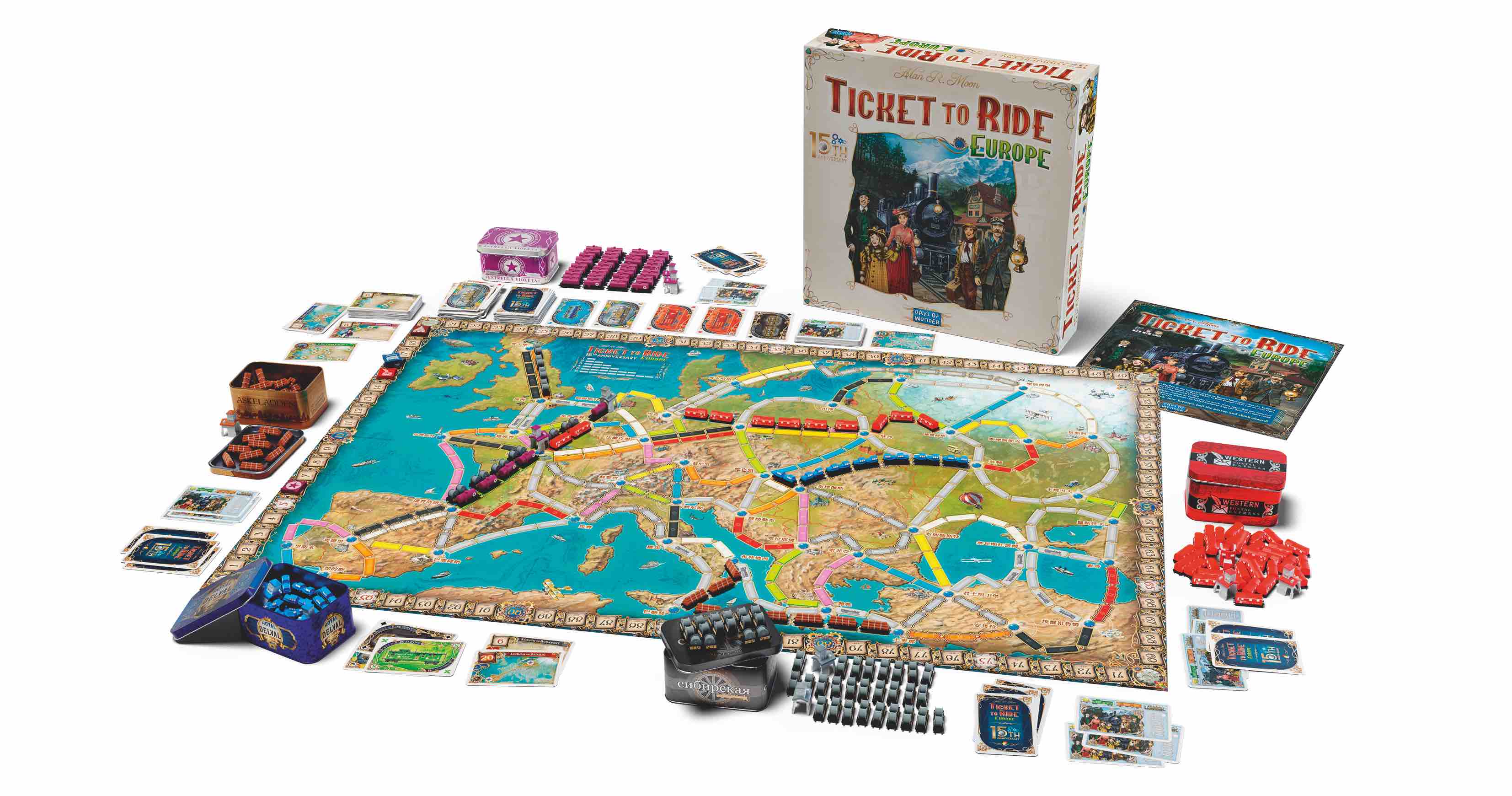 For those looking for the complete collection, with the nicest possible upgrades, this is the closest we’re going to get to Ticket To Ride: Kickstarter Edition. Great for those who don’t already have a version sitting in the platform.

TRY THIS IF YOU LIKED Ticket To Ride: Amsterdam

Played one of the little Ticket To Ride games and fancy something a little longer and a little more dazzling, your carriage awaits.

Want to see it brought to life? Check out our unboxing and comparison below: