The Wild Beyond The Witchlight Review Over the past few decades Dungeons & Dragons has been enjoying a gradual shift away from its traditional combat-heavy dungeon crawls and towards games where storytelling and narrative rule the roost – a shift only sped up by the rise of Critical Role and other live-streamed campaigns. The Wild Beyond the Witchlight is the clearest endorsement of this playstyle to date, with the designers proudly claiming that parties can enjoy the entire eight-level campaign without stabbing a single monster, let alone tossing a fireball.

The result is a truly unique take on the game, and one that manages to cleave to Wizards of the Coast’s conventional adventure design with a mood that feels like it could have been ripped from an indie designer. Perhaps one who wanted to see what you get when you rip out all the mindless evil from D&D and make all the monsters wear silly hats and try their hands at poetry.

This is all squared-up with the more conventional settings by having the entire campaign take place in the weird world of the Feywild - think your traditional fairy realm from folk tales, smushed into bits torn off from Peter Pan, Alice in Wonderland and Labyrinth. The entire point of the world is that nothing follows the boring old rules of regular reality, so when the generically murderous frog-people turn out to wear fancy clothes and be obsessed with gossipy politics, you can’t help but shrug and go along with it. 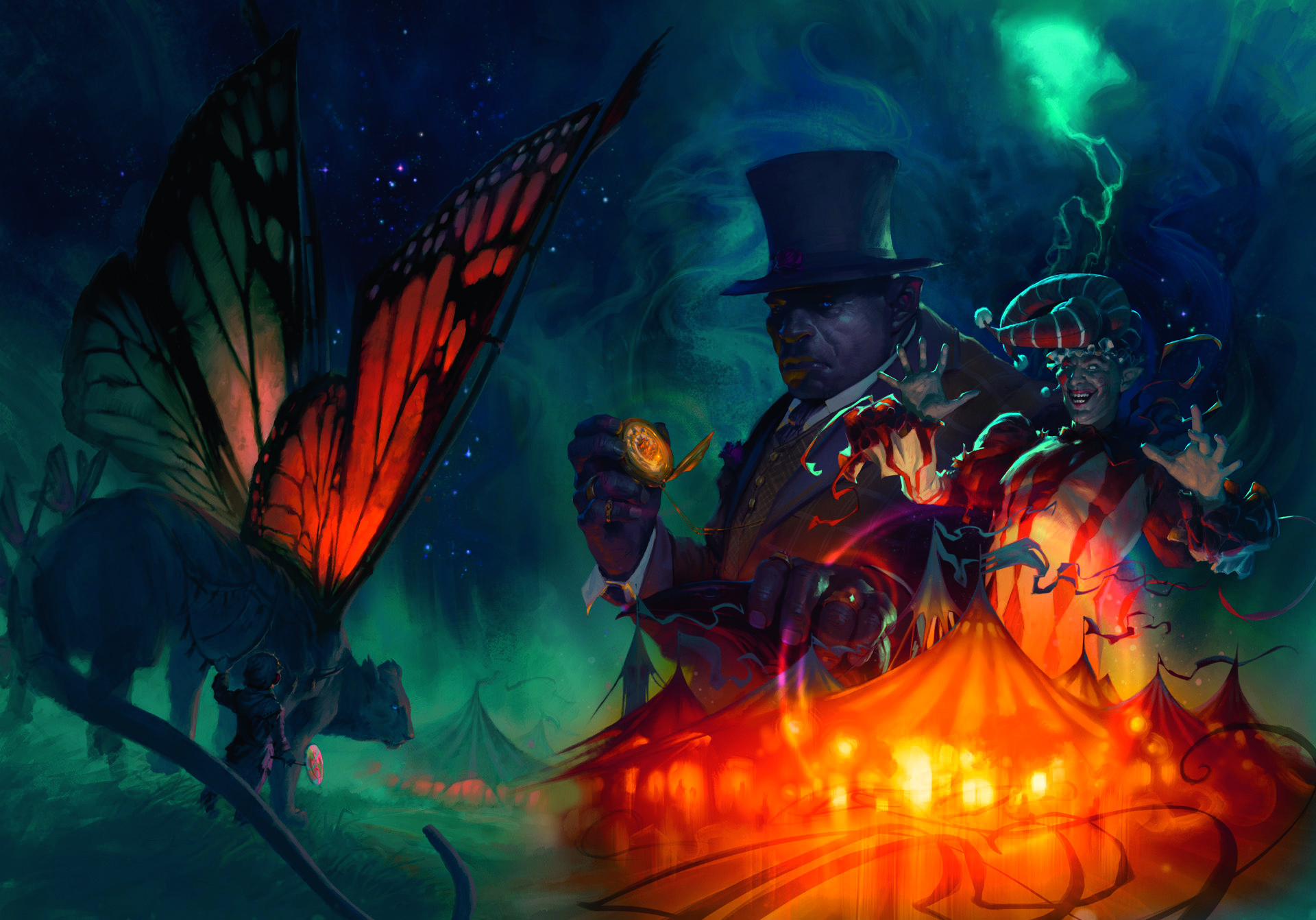 Yes, there are bad guys. The main plot involves trying to save a trio of demi-realms - Hither, Thither and Yon - from a coven of scheming hags. But other than a handful of hungry beasts there are very few foes who won’t sit down to a casual chat if you ask them politely. It rewards not only high skill rolls, but also sharp memories and quick minds in a way that few other campaigns manage, with huge rewards hinging on the party’s ability to link a family tree glimpsed in chapter two with a one-line puzzle in chapter five.

The designers’ boast of finishing the entire campaign without any violence whatsoever certainly requires some stellar luck and a lot of quick thinking from the players, but it’s certainly within the bounds of possibility. Even regular adventurers, the kind that enjoy a good fight but don’t aren’t inclined towards casual murder, are likely to only get into a handful of proper combat encounters per chapter - at least, until the fairly action-heavy climax.

Indeed, the adventure doesn’t simply give non-combat options to encounters, it actively discourages mindless aggression from its heroes and doesn’t hesitate to lay the smack down on anybody who picks fights without good reason. Any attempt to hurt a rather pathetic key-loving goblin encountered early on in proceedings will result in the land itself kicking the party’s arse with a wave of over-levelled foliage. Characters created with the “see problem, stab problem” typical of some D&D groups are going to find The Wild Beyond the Witchlight incredibly dangerous, not to mention deeply frustrating.

In many ways, this is an absolutely stellar achievement. It delivers a D&D experience that reflects the way that thousands of people now play, with a flair for the dramatic and kooky that will charm any table filled with casual cosplayers and in-game journallers.

However, there’s also no denying that The Wild Beyond the Witchlight is a distillation of a particular playstyle, and not necessarily one that will find a home with every gaming group. If all you and your buddies want to do on your night off is kick in some doors, carve up an evil wizard and pick up some cool loot - which is, in case it needs to be stated, just as valid a playstyle as hardcore roleplaying - this probably isn’t the campaign for you.

Even if you are into a bit of chatter, it’s hard to deny that the low-combat, high-skill check nature of things can sometimes make things a little unbalanced. A silver-tongued bard or utility-heavy wizard can easily steal the show from a fighter who barely gets to use their core features, so it’s more important than ever that the GM gets the entire group on the same page before you start rolling dice.

Still, if you are firmly within its target demographic, The Wild Beyond the Witchlight is an outstanding bit of work, especially considering its official, first-party origins. It’s wonderfully weird and charming by turns, with just enough death and destruction lurking beneath the smiles to remind you that, yes, you are playing Dungeons & Dragons.

For the right group, the best Dungeons & Dragons Fifth Edition campaign yet

TRY THIS IF YOU LIKED Candlekeep Mysteries

Candlekeep Mysteries was a book filled with charm and wonder, and The Wild Beyond the Witchlight steps this up several notches

And you can read our review of it by clicking here.

This feature originally appeared in Issue 60 of Tabletop Gaming. Pick up the latest issue of the UK's fastest-growing gaming magazine in print or digital here or subscribe to make sure you never miss another issue.