The Whatnot Cabinet Review Is that a Kallax?

In the midst of last year’s periods of lockdown, I developed a keen interest in travel writing. Strolling through the pages of Robert MacFarlane’s The Old Ways offered respite from the safe and familiar four walls which the pandemic had imposed upon many of us, with its words carrying me away across the winding, storied trails of the United Kingdom. 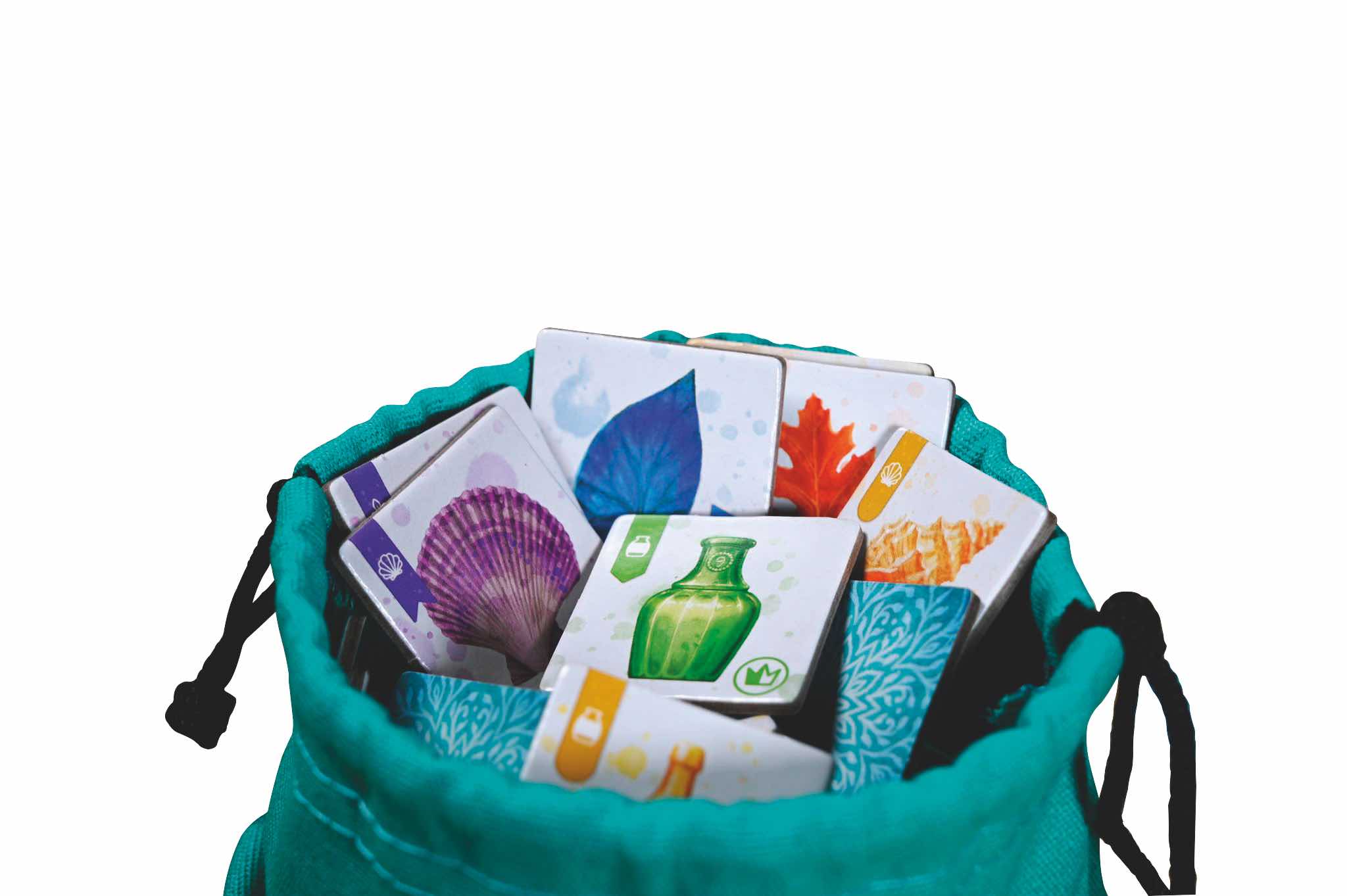 Later, I set off on my own strolls and adopted MacFarlane’s habit of taking a souvenir from each venture; a rock, a stick, or anything peculiar or interesting enough to take my mind back to that place when holding it.

With The Whatnot Cabinet, the folks at Pencil First Games have taken this very idea and transferred it neatly to the tabletop, albeit with significantly reduced risks of blisters and fatigue. Here, these precious objects are represented by the always impressive illustrations of Beth Sobel, whose work, in tandem with some great graphic design, brings some personality to what is an almost purely abstract game.

Befitting its theme, The Whatnot Cabinet is a set collection game. Players will be gathering up Curio Tiles representing their cherished finds and displaying them in a three-by-four grid, with the player creating the ‘best’ cabinet becoming the winner. ‘Best’ in this context is dependent on each cabinet’s arrangement and contents: objects within a column will score based on their colour whilst rows have players focusing on object types. Furthermore, each game will use five – out of the included twelve – Curiosity Cards showing particular goals to mix up the strategy and create the basis for The Whatnot Cabinet’s central puzzle.

On a turn players will choose which action to take on the central Journey Board. There’s a definite elegance to the gameplay here, as the outcome of any chosen action will always be the same; take two tiles and place them in your cabinet. Placing your pleasingly tactile player piece further down the path offers more flexibility when choosing Curio Tiles but at the cost of acting later in the next round. It’s a neat action selection system which adds a fair amount of strategy on top of the central tile-placement puzzle.

Like the best abstract games, The Whatnot Cabinet doesn’t outstay its welcome. Play-throughs at all player counts are short, generally under twenty minutes. This is of course great at ensuring that less seasoned gamers attracted to the theme don’t get scared off by lofty play-times, but it can also often feel a touch abrupt. Largely this is down to the fact that The Whatnot Cabinet’s mechanics feel so satisfying when cosied up with a cleverly sussed out strategy - it’s a shame to see your machinations culminate so soon.

Whilst it’s undeniably abstracted, The Whatnot Cabinet’s theming is a big draw for me. These cherished curiosities aren’t just tat - they tell stories. Furthermore, as a mobility impaired individual, these items make up for the miles I often can’t manage: a scrap of limestone clutched in the hand can take me back to a sun-bleached path, whilst an easily missed shark tooth sends my imagination reeling back to the roaring oceans of the Eocene.

Ultimately, it’s relatable. Turning these small scale, personal moments of discovery into a game might not sound like the most exciting pitch, but Pencil First Games nonetheless succeed at making it feel consistently pleasant.

A perfect game for those looking for a challenging puzzle in a short timeframe, with mechanics as inviting as its serene aesthetic and theming.

TRY THIS IF YOU LIKED CALICO

There’s an element of Hygge-like coziness to both of these tile-placement games, but The Whatnot Cabinet is notably more easygoing. 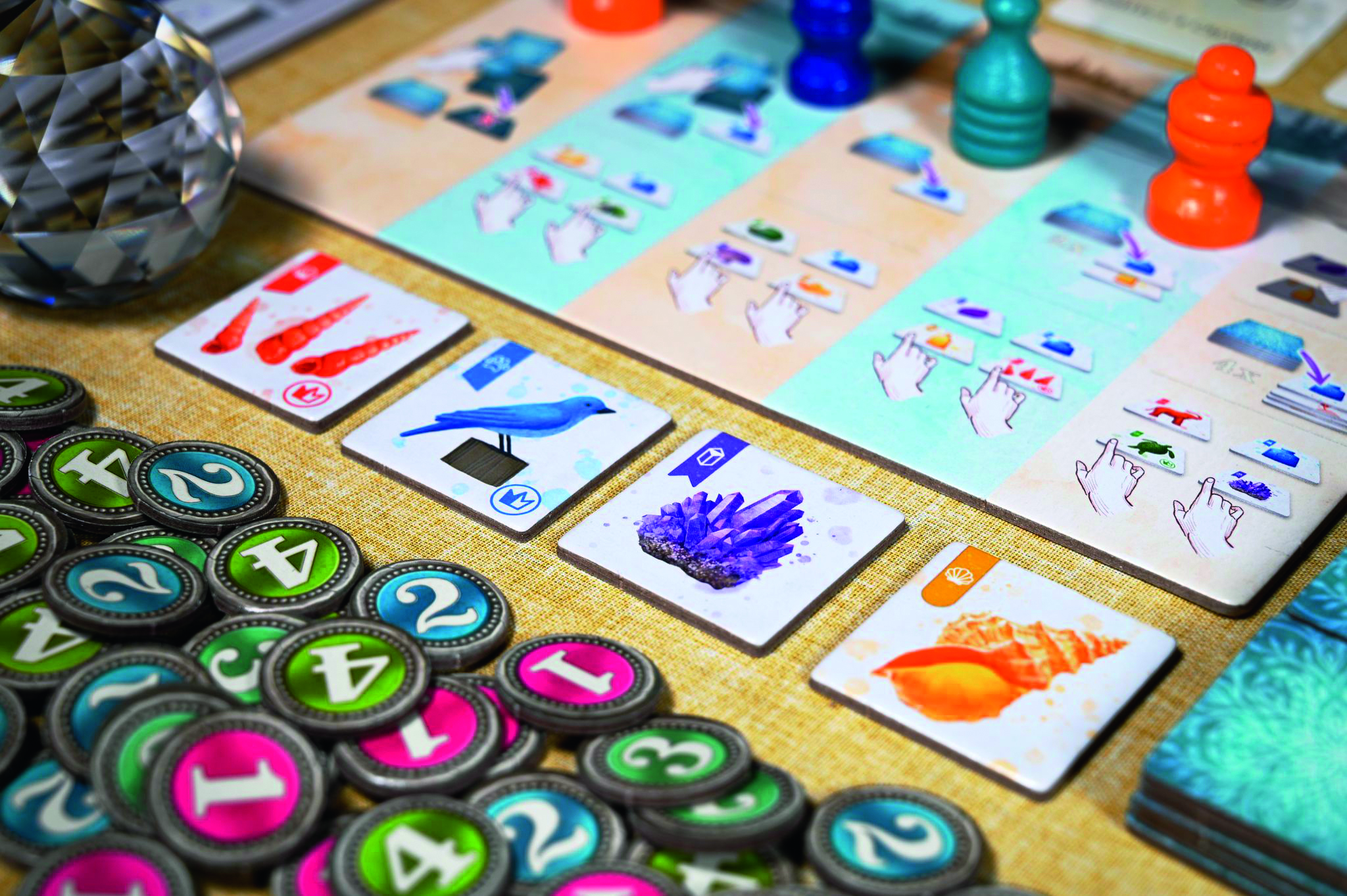