He’s dead, and what awful timing. There is a power vacuum in Medieval Britain, and you’ll want to be one the right side of the scuffle when the mud settles. And that’s what we’re going to be doing in The King Is Dead – now presented in a beautiful and occasionally gold foiled second edition.

The King Is Dead sees players set out a lovely looking board (thanks to Benoit Billion) of randomly chosen cubes into the various areas of Britain. Each cube represents one of the factions – the Welsh, the Scottish and the English – and having the most of these in an area at the point of conflict will award that area to the majority faction. And of course, we’re going to be trying to influence which faction owns the most areas of Britain to come out on top when the coronation comes around. Would be power-holders have a hand of eight cards, which they take turns to play – or not – as both players passing their turn is what triggers the next power struggle. The order of these conflicts is dictated by the order they are randomly placed around the board (in positions one through eight), so you always know what the next contested region will be. But whether it’s worth expending a vital card to swing your way is the tricky part.

And what is your way anyway? Each time an action is taken, by playing a card, players take a single influence cube from the board to add to their court. At the end of the game, the faction you have the most of (or more of than your opponent) is ‘yours’ when it comes to totting up who made the best of their influence. Taking influence from the board has a strange counter-intuitive waltz about it, you’ve removed influence from an upcoming struggle, making it more likely a faction will lose, but at the end, you’re more likely to be backing that faction. 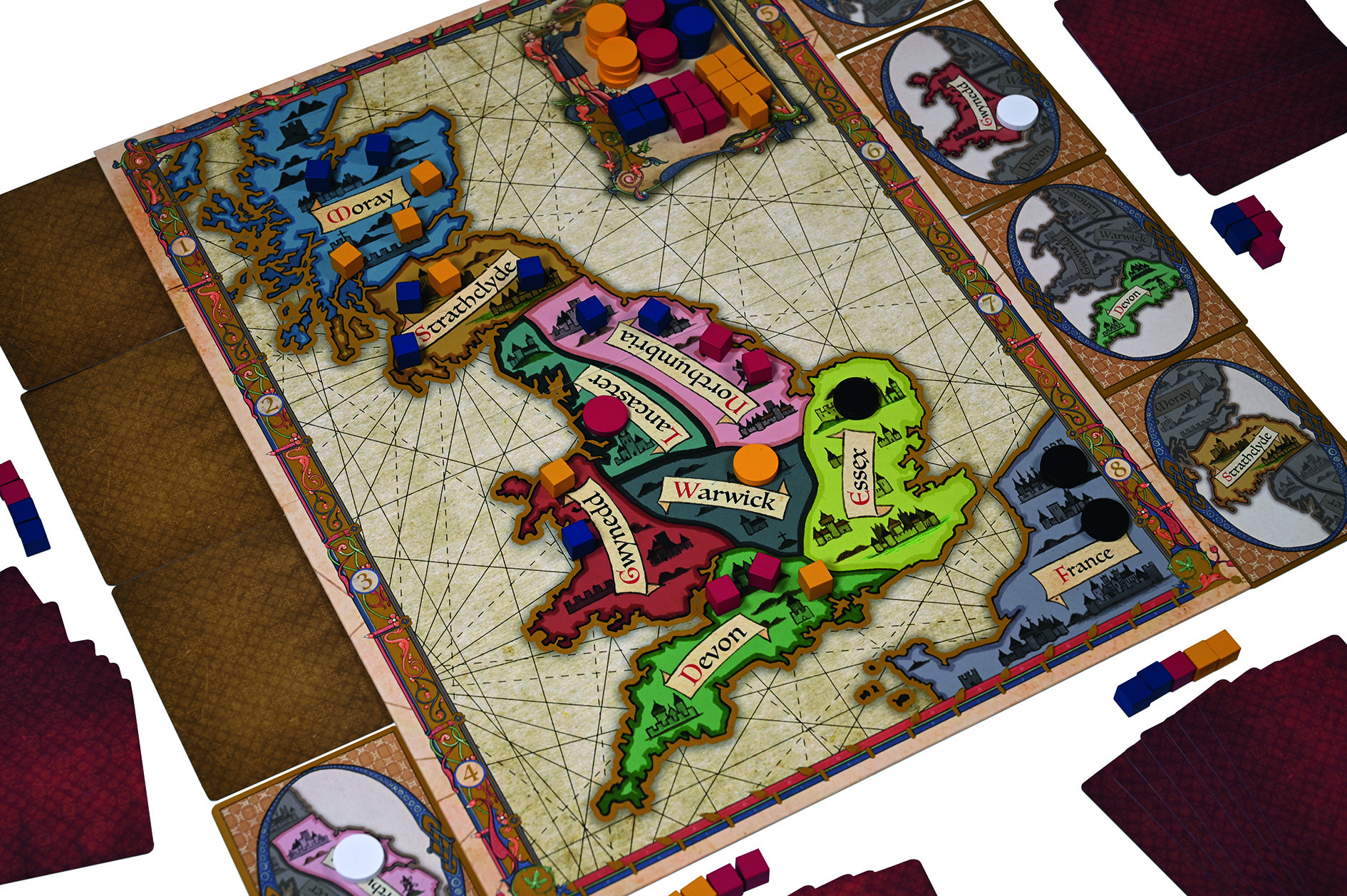 Choices like this make up the character of the game. Because power struggles are only resolved when both players pass, the game can feel very asymmetric. You can pass, your opponent can play a card that changes the state of the board, and now you have to think about whether it’s worth committing another action to the game at this point.  You can end up playing reactively, caught off-guard by an unexpected move or bluff from your opponent, or be left playing out everything early, and letting your opponent play their hand for the final few moves of the game.

When stability is in question, the French get involved. If there’s an equal balance of influence in any region when a conflict happens there, the usual influence disc of the winning colour is replaced with a black ‘instability’ disk, taken from France. When three of these end up on the board, the French invade – causing a completely different set of win conditions (having the most complete sets). There are some interesting strategies here where triggering an invasion might be to your best interests, even though a coronation is often the much more likely outcome.

The King Is Dead makes you feel like a kingmaker having to bluff their way through court, with each action you take containing real consequences for both you and the opposition. Ruthless, strategic and really quick. We can’t think of the last time we had such fun scuffling in the middle ages.

A nearly perfect game, now presented at its most beautiful. The struggles of Medieval power feel palpable – and entirely within your control.

Abstracted and made of a narrative of your own devising, The King Is Dead Second Edition contains all of the joy of conflict that Risk offers – even if there aren’t little plastic canons to shuffle around. 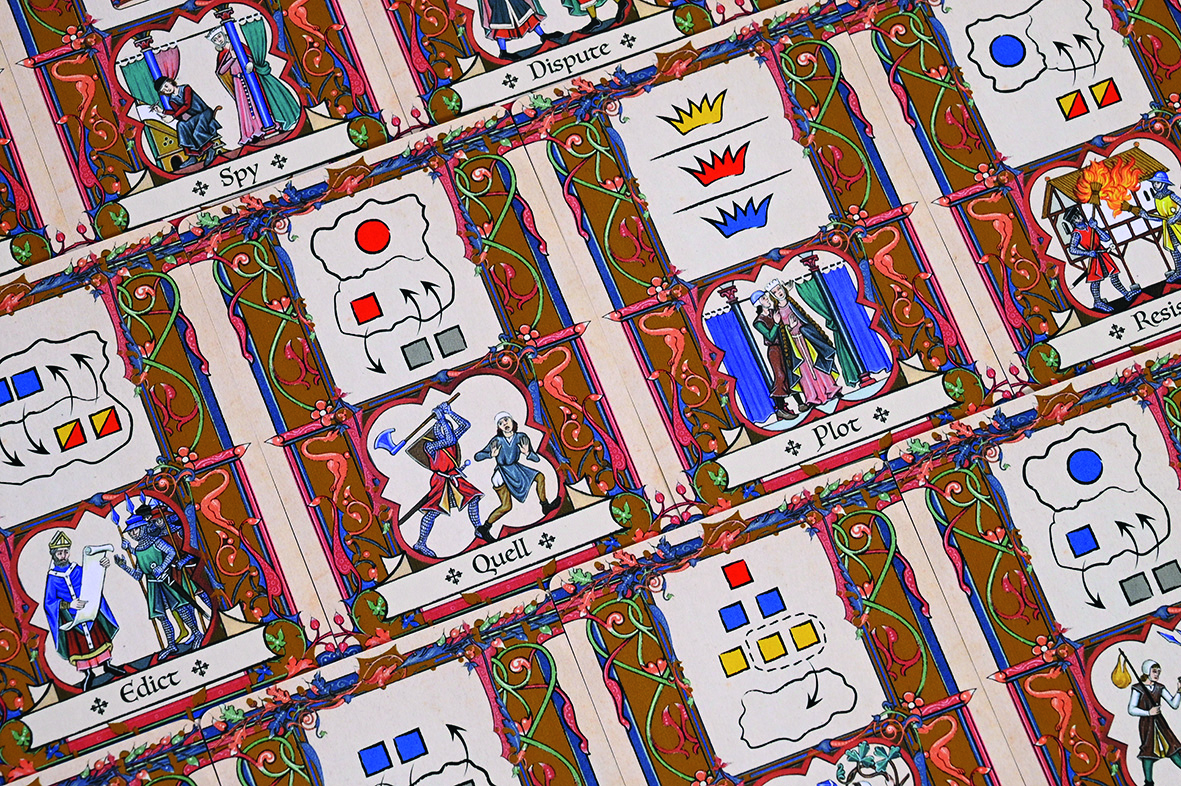 You can also read our review of the original version by clicking here!