The Isle of Cats Review It’s not purrfect, but it’s better than the musical

If you’ve been on the internet at all in the past decade, you might have realised that cats are kinda popular. From kitten pics on Twitter to feline friends on YouTube, it’s been estimated (by me) that adorable furballs make up at least 27.4% of all online traffic. The Isle of Cats aims to capitalise on this craze with a box so stuffed with kitties that you’d think the RSPCA would have something to say about it. But while its main draw may be its lavish cat illustrations, it doesn’t forget to include some actual gameplay to get your claws into.

Set in the same fantasy world at its designer’s previous releases, The City of Kings and Vadoran Gardens, it casts players as ship captains on a mission of mercy to a semi-mythical island populated entirely by cats. It’s come to the attention of the pirate warlord Vesh Blackhand, who has vowed to burn down its forests and crush its stones to dust. With his ship getting closer to the island with each passing day, you and your opponents will have to rescue as many cats as you can.

To do that, though, first you’ll have to find them. The elusive inhabitants of the island aren’t keen to be caught by humans, and on every round you’ll draw an assortment of Tetris-style blocky tiles from a cloth bag, each showing a different type of cat. From there you’ll draft cards, some which let you grab kitties, and others which grant you special one-off abilities or new ways to score points by hitting a variety of objectives.

It’s this last bit where the game reveals its real strategy. While everyone around the table will earn points for creating continuous areas of matching-coloured cats on their personal ship boards, you’ll also gradually build up your own set of goals as you play. You might find yourself aiming to rescue particular breeds, or positioning certain cats on certain parts of your vessel. Along the way you’ll also be able to hunt for treasure, granting you another potential source of points.

The process of drafting your own victory conditions feels similar to Magic: The Gathering designer Richard Garfield’s three recent releases Treasure Hunter, Bunny Kingdom and Carnival of Monsters, and if you enjoyed any of those then you’ll likely find something to like here as well.

One downside is that it’s hard to see why you and your fellow players are competing to round up cats. A competitive approach feels at odds with such an altruistic premise, and it results in some jarring thematic dissonance. Then there’s the fact that while in many ways they’re very different games, the combination of spatial puzzle-solving and attempting to pull off a variety of objectives feels a little similar to Vadoran Gardens, and the earlier small-box release felt quite a bit tighter.

But The Isle of Cats offers an enjoyable enough hour wrapped in some beautiful presentation. If you’re a cat person, it’s worth a look.

While it might have the polish of an updated game, there's something 'new' missing here to make it worth checking out for absolutely everyone. Cat-meeple fans on the other hand already have it on pre-order.

TRY THIS IF YOU LIKED VADORAN GARDENS...

It’s bigger, bolder, and more beautiful, but The Isle of Cats shares more with its designer’s previous release than you might think – a spatial logic puzzle with a host of ways to score points. 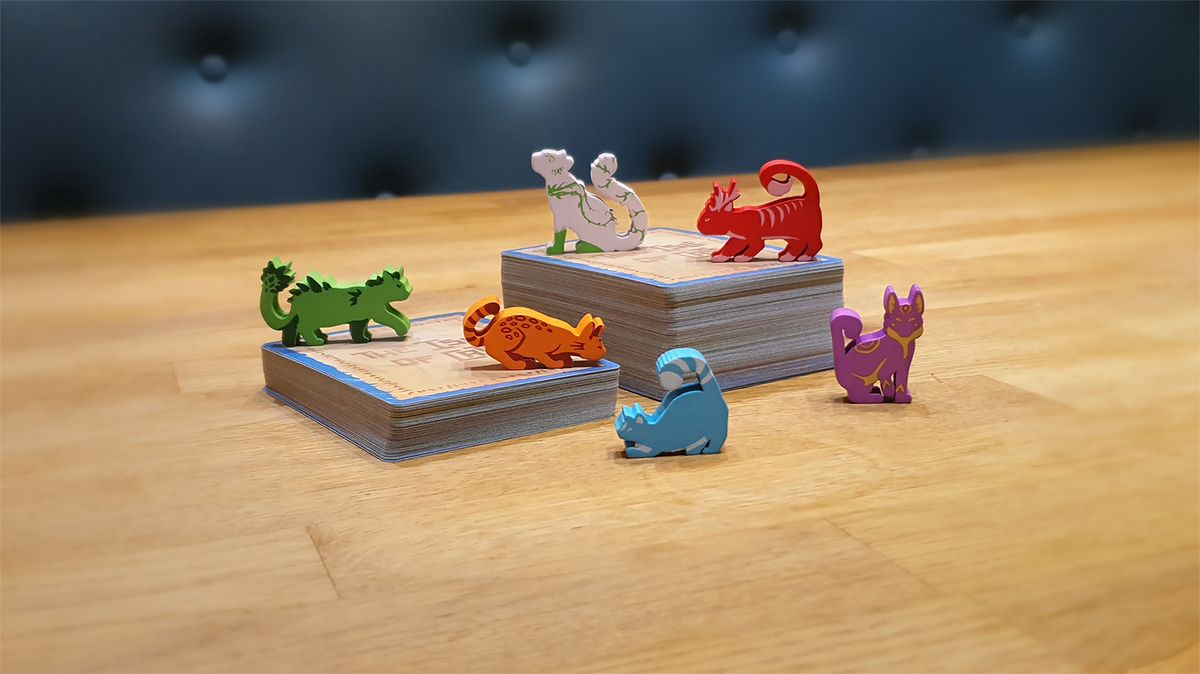 Publisher: The City of Games