Dense, Dark and Deep as the Forest

Where most RPG starter kits focus on light, breezy in-and-out adventuring, that kind of shallow heroism isn’t quite Symbaroum’s style. Instead, offers up a sliver of its dark, dangerous fantasy treasure hunts in a box set that is a little denser and long-lasting than many of its peers.

If you have never encountered the core game before, Symbaroum is a shadowy riff on classic dungeon-crawling, monster-stabbing heroics from the ever-talented designers at Free League. However, while it certainly bears a passing resemblance to old-school Dungeons & Dragons (not to mention its countless modern imitators) the game has been given a few dramatic twists.

The setting, for example, is a shade darker and more brutal than you’ll find in most heroic fantasy titles, with plenty of thoroughly Scandinavian nods to bloody folklore and undead plagues. Lying at the heart of this – and of the whole game – is the vast, shadowy forest of Davokar. It’s a place of immense danger and impossible wealth, and its dappled groves play home to the vast majority of Symbaroum’s adventures.

This is important, because the mere presence of the forest shifts the focus of the game, and of the starter set, away from simply kicking in doors and looting monster dens and towards careful exploration. The journey to an adventure site, including the very first one your players make, plays just as important role in the game’s feel as the mystery you encounter when you get there. As your party traipses through the treeline they may stumble across ancient ruins to explore, or bands of enemies looking to drive them off or even kill them outright.

There’s no doubt that this is a core and crucial part of the game, but the sheer unpredictability of the exploration and its potential results does make for a slightly more in-depth ruleset than you might find in many other starter sets. At the same time, it also broadens the scope of the entire kit, and what might start out as a simple one-night taster session could become much, much more involved depending on how the dice fall.

Whether this is a good or bad thing honestly depends on what you want to get out of a boxed set like this. If all you’re after is something to introduce to your friends or family as a quick-and-easy dungeon delve that can be resolved in about the same time as your usual Settlers of Catan game, it might be a shade off-putting.

If, however, you want a reasonably gentle introduction to a game that’s a bit meatier and more involved, Treasure Hunts in Davokar can get you drawn into an astonishingly dense bit of adventuring.

This is well-reflected in the level detail found in the players’ and GM’s rules booklets, which are decently chunky little tomes. Both of them delve surprisingly deeply into the game’s core systems, with plenty of rules on how player characters work and how adventures run outside of the simple scenarios presented in the boxed set. There is a lot to absorb, but it also adds a lot of depth.

In most cases, anyway. 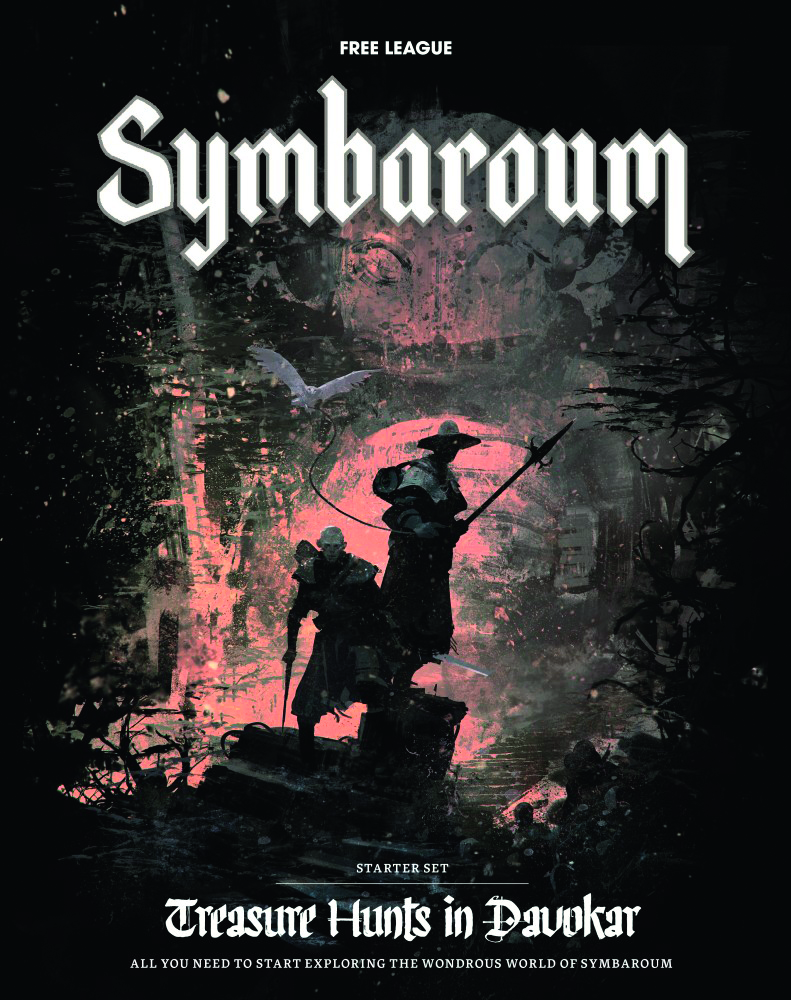 As you read through the players’ guide, it sometimes feels that the amount of detail it presents can be a shade confusing or, possibly, inconsistent. It loves to full pages with information that will come in handy during character creation, but then withholds that handful of extra rules needed to be able to actually make use of it. For example, it has a long explanation of what attributes and abilities you might wish to take as a knight, but doesn’t ever mention how to generate attributes, or how many abilities a new character can pick.

Perhaps this is intended to entire the reader into picking up the core rulebook, but in practise it just seems to gum up what should be a squeaky-clean, super-slick set of introductory rules.

Beyond that, however, the design of the boxed set is of the highest quality out there. The art and illustrations teeter between ephemeral and putrescent, and the maps, character sheets and even dice ooze with the flavour of the deep forest. Simply opening the box up and pulling out the assorted sheets and booklets is a deeply satisfying experience.

Indeed, that really sums up Treasure Hunts in Davokar as a whole. It’s a full-flavoured experience that offers a level of density and depth that you rarely find in starter sets. Just don’t expect to see everything it offers in a single night of gaming.

Not the simplest of starter sets, but one of the meatiest

Another great fantasy game with a focus on exploration, but this time in a forest!