Saltlands is just six letters and a couple of Australian accents away from being Mad Max: The Board Game. As in the cult series of movies, the game takes place in a post-apocalyptic wasteland where vehicular combat is the gritty bread-and-butter and fuel is as crucial to survival as water.

There’s a lot to like off the bat, with a distinctive visual style (let down only by the ugly brown raider miniatures) and an interesting premise: players must scour the arid plains for rumours of three escape points, fleeing pursuing raiders and either working with or against their fellow travellers.

Once the unintuitive rulebook and multitude of symbols littering the cards and tokens have been decoded, things begin to lock into gear as the underlying game engine starts to rev into life, coming down to a very straightforward set of turn actions: move, explore and fight.

The landscape and its loot are randomly generated each game – players can only move once per turn, and must try to balance the importance of collecting equipment and items with the need to exhaust the stack of rumour cards and locate an exit by the time six rounds are up. This, sadly, is where frustration and disappointment begin to creep in, mainly as a result of the game’s punishing difficulty.

Raiders – driving sports cars, trucks, bulldozers and more – activate at the end of each player’s turn, and perform a random set of moves, moving and/or attacking the closest player. Attacks can only be fended off with armour or healing items, or by sacrificing a member of crew – one hit on your undefended character and it’s lights out. One more death (on normal difficulty) and that player is eliminated for good, which isn’t much fun if you’re not far into a two-hour-ish match.

More frustrating is the fact that only specific items provide defence, which must be drawn at random by spending your turn searching specific spots. Even if you’re armed to the teeth with machine guns and pistols, you’ll be toast without an often one-use-only shield – human or otherwise. Easy difficulty removes the permadeath and reduces the raider count, but it feels like something that should’ve been considered for the ‘standard’ game.

Similarly, the ‘classic’ game mode revolves around the uneasy alliance between players – multiple players can team up and pool their resources to escape together, or try to go it alone. However, unlike in the optional competitive mode (which only sees one player able to win), there’s no way to attack or rob your fellow humans, so the potential for betrayal is actually very limited. It’s another intriguing concept that sounds promising but ultimately misses the mark on the tabletop. 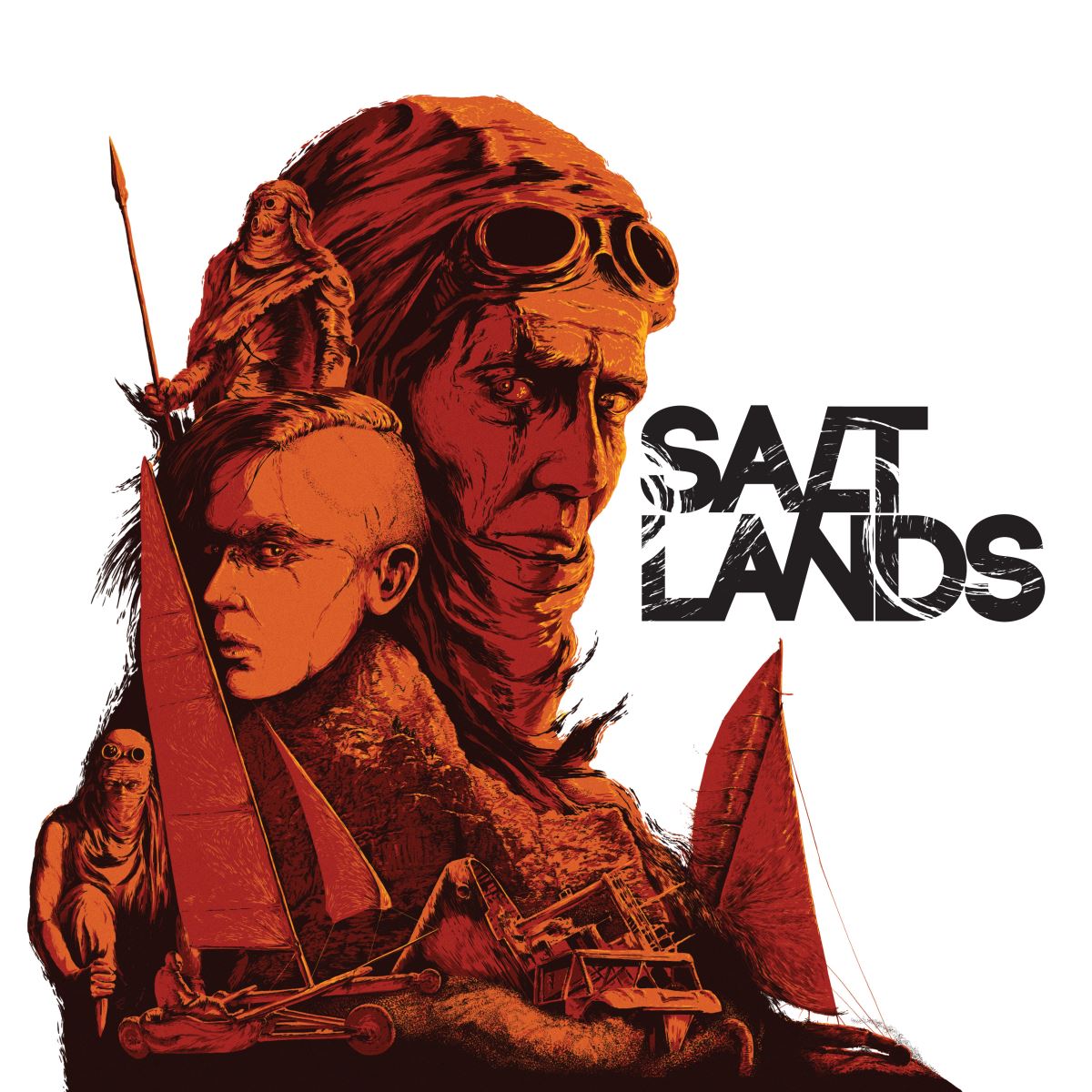 That’s not to say all of Saltlands’ good ideas are wasted: the role of the shifting wind direction and speed is very tightly implemented, and plays nicely into the starting landsails used by players, which have their maximum movement dictated by the weather. Upgrading to a powered motor by fighting raiders can have its benefits (such as spending fuel to travel further), but there remains a nice trade-off between speed, versatility and defence.

Equally thematic and engaging are the rumour markers hinting at the potential location of the exits, which shift between terrain tiles with each rumour card uncovered, forcing players to adapt their plans as the game draws on.

Saltlands is disappointing not because there is nothing to recommend it, but because many of its best ideas are buried by their poor execution. There is a thrilling blend of exploration, combat and social deception under the dunes – you’ll just need to dig deep to uncover it.

Saltlands has the right look and the right ideas – sadly, it just doesn’t have the strength to pull off its ambitions in a way that’s satisfying. Dropping the difficulty level to avoid player elimination helps, but too much holds the rest of the gameplay back to fully enjoy your time.