Once again we return to the bottom of the sea to play a game of aligning and stacking little plastic pieces (which sound great when clacked together) to make patterns. This second edition arrives with a newly illustrated board and certain colour changes to the game that are designed to improve its readability amongst less well-sighted players. A welcome addition to any board game, and one that will become standard before second editions at some point in the future, we hope. While many of us are fine with deep blues, coral pastels and general glowing undersea shapes, there are some who find it much as a nuisance to read as the famous Dune board of sand coloured zones with sand coloured lines on them with stacks of, sometimes, sand coloured tokens on them.

But the game itself? It’s classic Emerson Matsuuchi simplicity in an abstract strategy game. Reef is a pattern making, score card claiming game in 3D, using sweetie-like coral blobs in various colours to represent the growing life in the reef itself.

Players have a central choice each turn – take a card from the card display and add it to their hand, or play a card from their hand. The latter of these allows players to take the coloured reef pieces from the supply displayed on the card and add them to their personal board, and then also score the pattern printed on the bottom of the card. 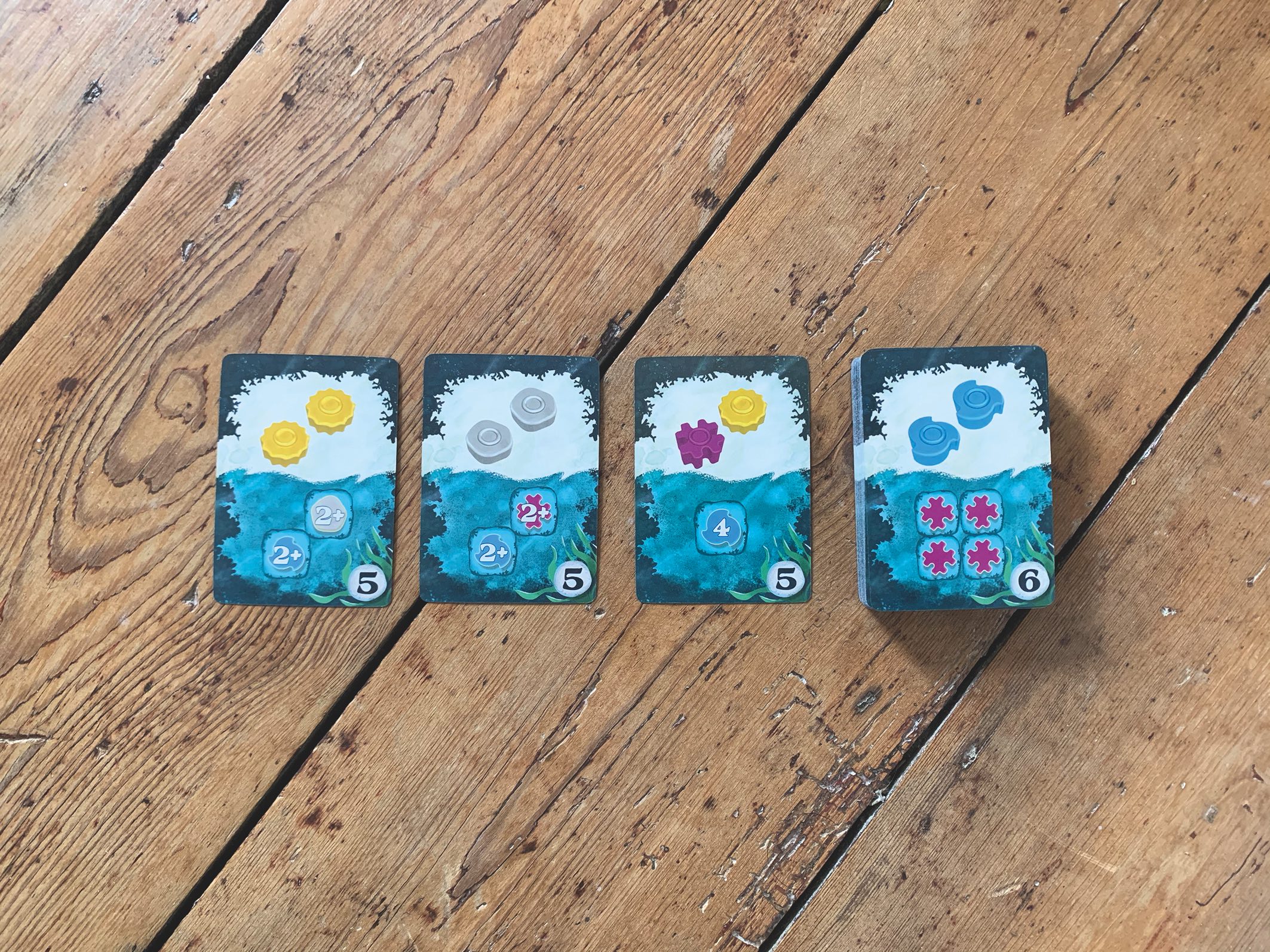 This makes for an interesting strategic back and forth between grabbing the cards and giving up your chance to develop your reef, and the actual building and point scoring of the game.

Equally, the puzzle of the game comes out in the layering. Only the top view of your own personal reef is used for scoring, so adjacent doesn’t care for what height the other colours around them are. Other cards offer players a score based on height, meaning you will eventually start working upwards, placing your nicely moulded tokens on top of one another

Soon multi-turn plans form in your head, can you put together just enough cards before you opponents do to play a few pieces into you reef to build it up to a point where you can play one single card for mega points at the end? Maybe, or, maybe not. There’s a certain frustration baked into this game – players simply need to deny themselves something every turn, whether that’s the card with resources they need, or the chance to play our resources this turn. The game only ends when one of the colours has run out, so those who are ahead can attempt to race through pieces and trigger the end of the game. 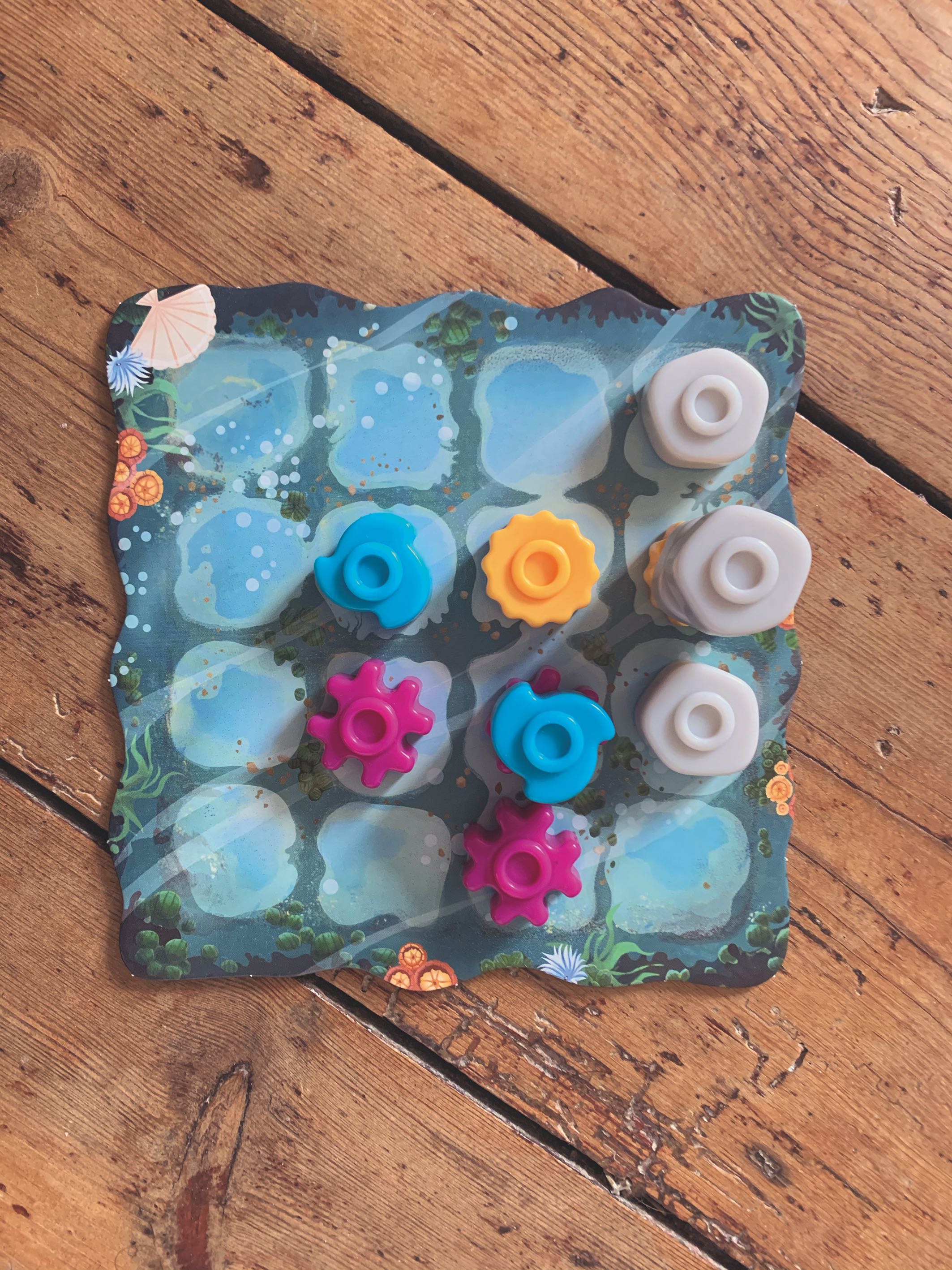 Every collection deserves a little bit of Matsuuchi, and if your tastes lean towards the abstract, then this is a great low stakes addition.

PLAY THIS IF YOU LIKED: Aqualin

A two player favourite from Kosmos, also with an equally vague underwater theme.